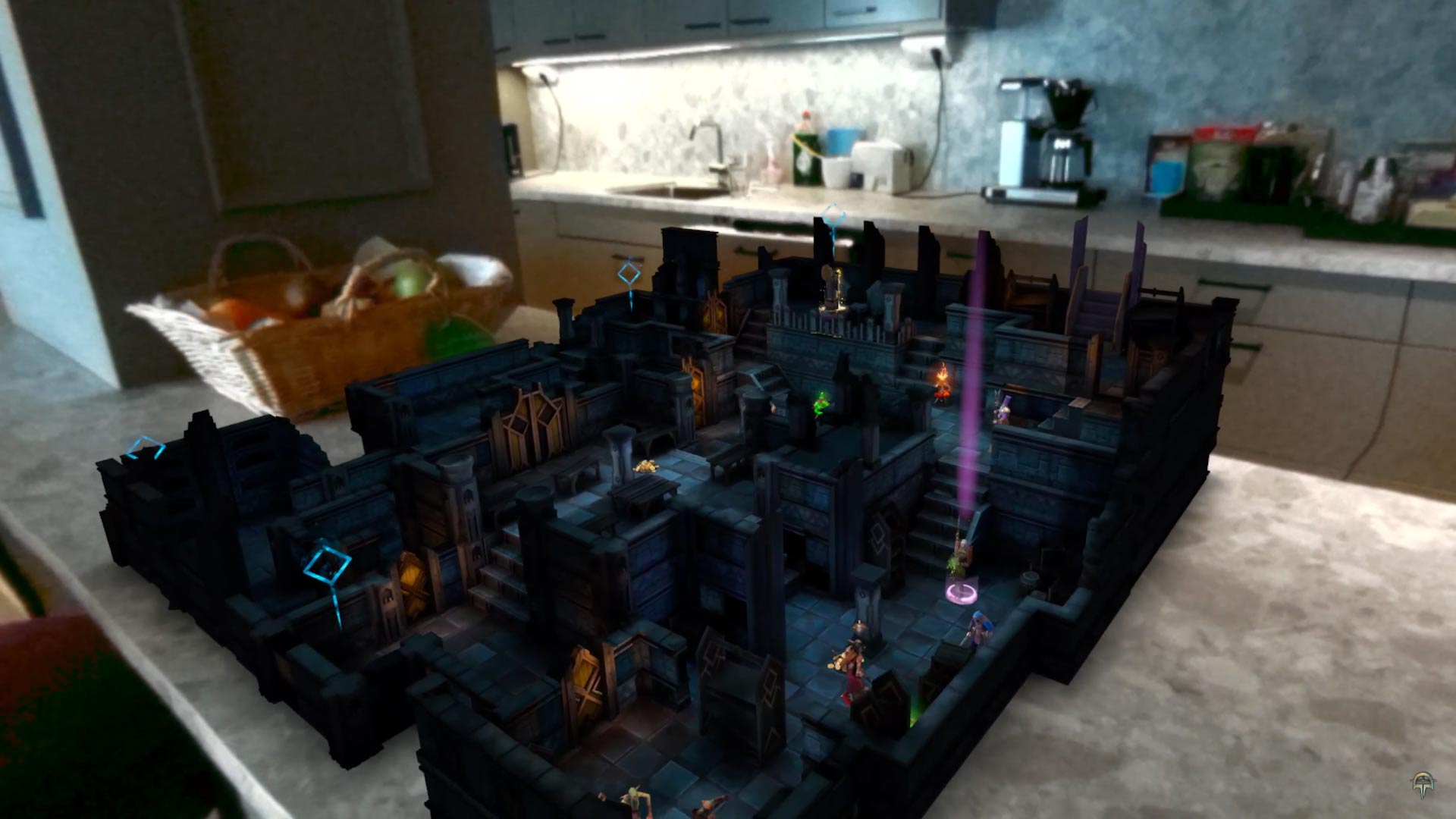 Resolution Games’ popular turn-based strategy game Demeo (2021) is getting an update today that lets you play the immersive VR tabletop game in passthrough AR mode on Quest 2 as well as the newly launched Quest Pro.

As with all mixed reality games on Quest 2 the headset’s passthrough capabilities only provide a monochrome view of your room, which decidedly focuses today’s Demeo update on the launch of Meta Quest Pro—at least if you’re looking for the most immersive mixed reality experience, that is.

As you’d imagine, the game plays in full-color on Quest Pro thanks to the headset’s color passthrough cameras, which lets you see a stereo-correct representation of you room in full color. Check it out in action below from Connect 2022 earlier this month:

“The game board will also have some additional elements to blend it with your environment as seamlessly as possible, accompanied by the die which will react to your mapped room to be extra immersive,” the studio says.

The studio says it has plans for more mixed reality features in the future, which includes adding hand-tracking to Demeo.

As a backwards-compatible title on Quest Pro, Demeo lets you play all of the game’s DLC adventures, which feel a bit like additional DnD adventures in how they expand to new areas, include new bosses, and enemies.

Outside of its launch on the Quest platform, Demeo is available on PC VR headsets, Rift, and Pico, and also includes a flat-screen mode for PC players. A version for PSVR 2 and PS5 is currently in the works, which you can wishlist here while we wait for an official release date on those platforms.