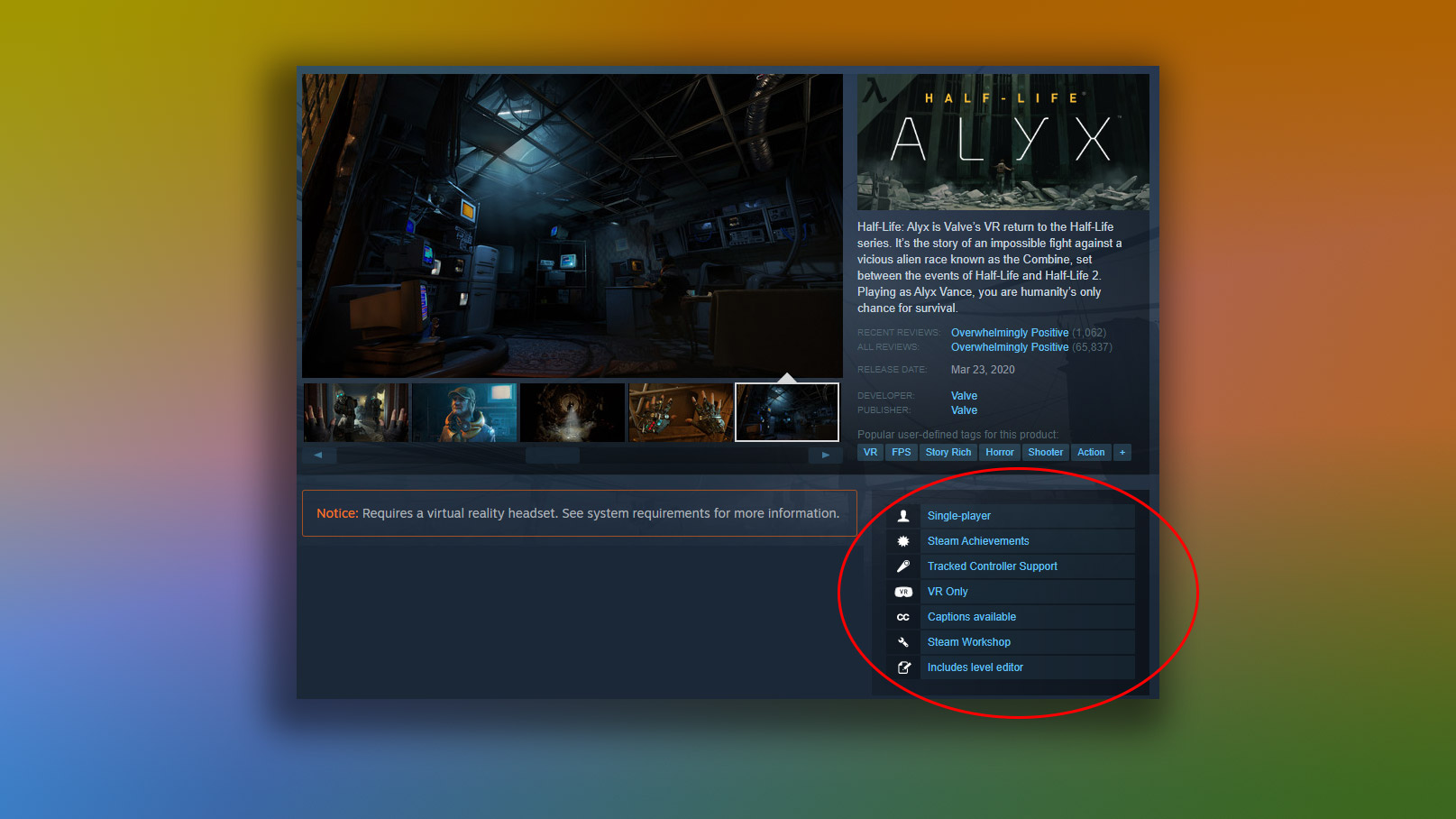 Earlier this month Valve changed the longstanding format for displaying which VR headsets are supported on a game’s Steam Store page. The company says the change was made to ‘keep up with the growing VR market’.

Earlier this month some folks were alarmed to see that the ‘VR Support’ section on the right side of a game’s Steam store page—which showed the headsets and playspaces a game supported—had been removed, seemingly leaving only ‘Tracked Motion Controller Support’ to indicate that an app supported VR.

As Valve tells Road to VR, however, the information was not removed but merely reorganized and streamlined—and it seems it may have taken a bit for the changes to correctly proliferate across store pages.

“We decided to organize things a bit differently, as we found the old system wasn’t keeping up very well with the growing VR market,” a Valve spokesperson tells us. “You can now find this info in System Requirements. We also added flags for VR Only, VR Supported, and tracked motion controllers to the Features section. The changes are also aimed at giving developers more control and flexibility.”

So now instead of a game listing all supported headsets and/or VR platforms on the right side of the page, developers can choose to show ‘VR Only’ or ‘VR Supported’. Meanwhile, further down in the System Requirements section, developers can additionally specify which headsets or playspaces are supported under the ‘VR Support’ prefix.

Looking at several examples shows how this works in practice.

Half-Life: Alyx, for instance, lists ‘VR Only’ and ‘Tracked Controller Support’ on the right side of the page (and still prominently includes a notice that the game requires a VR headset). In its System Requirements we see ‘VR Support: SteamVR’, indicating that the game affirms support for all SteamVR headsets.

Dirt Rally 2 uses ‘VR Supported’ on the right side of the page, and under System Requirements we see ‘VR Support: SteamVR or Oculus PC’ (indicating that the game supports both the SteamVR and native Oculus PC runtimes). Notably the game does not list ‘Tracked Controller Support’ on the right side, meaning players cannot use VR controllers with the game but must use another input like keyboard or traditional controller instead.

While we don’t have any inside knowledge as to exactly why Valve decided to change this longstanding system, the reasons they gave do make sense from the outside. The previous system confusingly listed some specific headsets (ie: ‘Valve Index’, ‘Oculus Rift’ and ‘HTC Vive’) lumped right alongside a whole platform of headsets (ie: ‘Windows Mixed Reality’)—while ignoring more modern headsets like those from Pico or Pimax. Making this change streamlines things for Valve who would otherwise have to track and add all new SteamVR headsets as they come to market.

And further, the distinction between ‘Standing’ and ‘Room-scale’ playspace sizes has become much less important over the years; very few games require a room-scale space, even though most technically support it. That left the previous ‘Play Area’ section of the store page as something of a needless remnant (except for games that only support ‘Seated’ play).

That said, there’s no doubt the change feels like it’s coming out of nowhere. And with Valve’s minimal apparent interest in VR in the last few years, it raises questions as to ‘why now?’