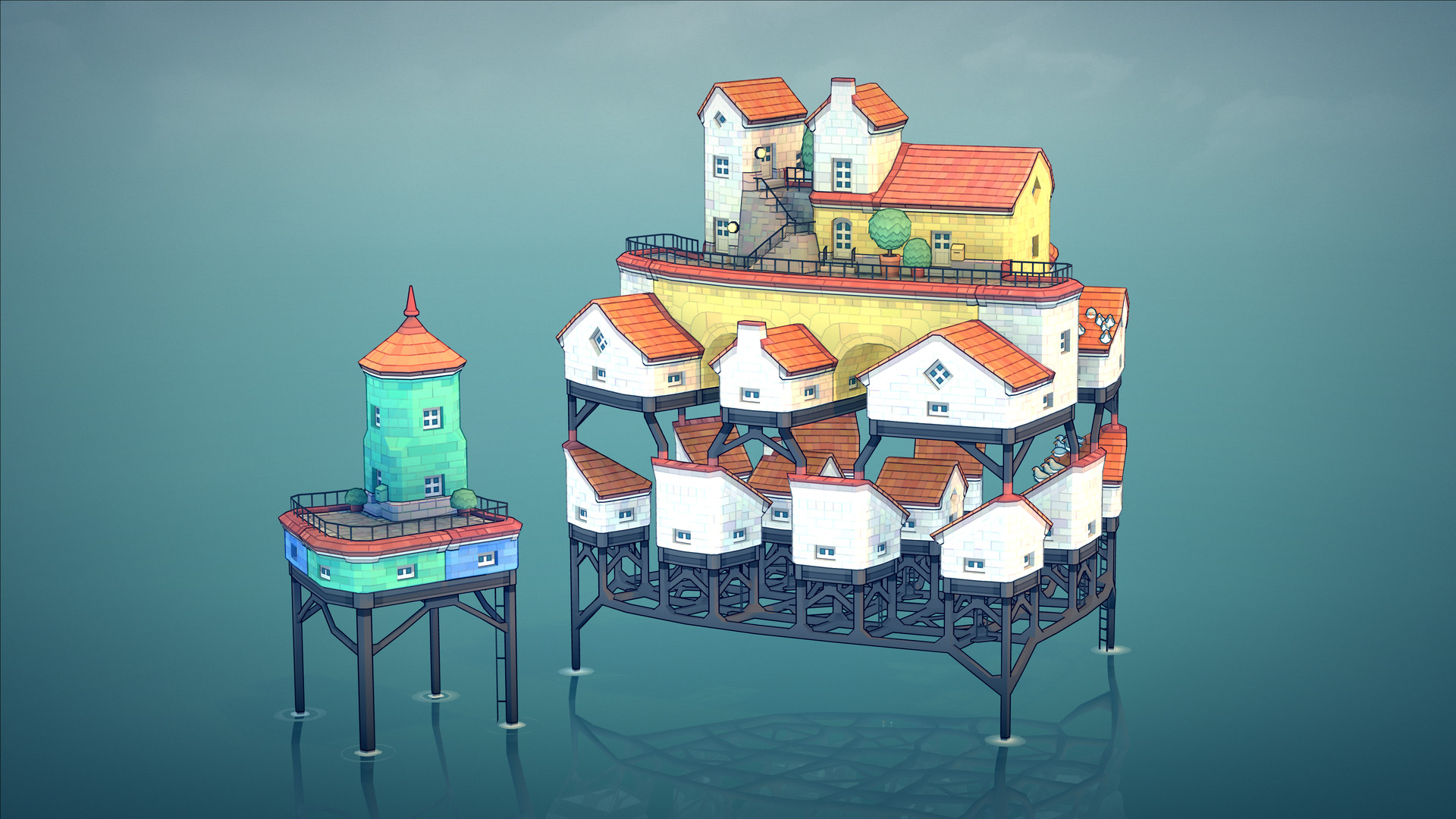 Earlier this year indie developer Oskar Stålberg showed interest in adapting Townscaper to VR headsets, showing off some prototype builds of the cozy, pint-sized town creator game working with motion controllers. Now Stålberg says we can expect to jump into the game on Meta Quest and Pico headsets soon.

Townscaper initially launched on Steam Early Access in 2020, bringing with it the opportunity to automagically plop down quaint island towns and hamlets.

Since then, Stålberg’s self-admitted “experimental passion project” has garnered critical acclaim for its intuitive and relaxing gameplay, making it feel a bit like playing with LEGO, albeit without choosing specific pieces to build up your little village. Unlike other city-building games, there’s no real objective outside of building up your town and chilling out with your creations.

Townscaper seems like a natural fit as a relaxing VR game, as the control scheme is essentially divided into a few simple tasks, like clicking to create and add to structures, and a paint palette to change the building’s color. From the trailer, we can see an ‘Add’ building button, a ‘Next Color’ toggle, and a ‘Pick Color’ button. That’s it.