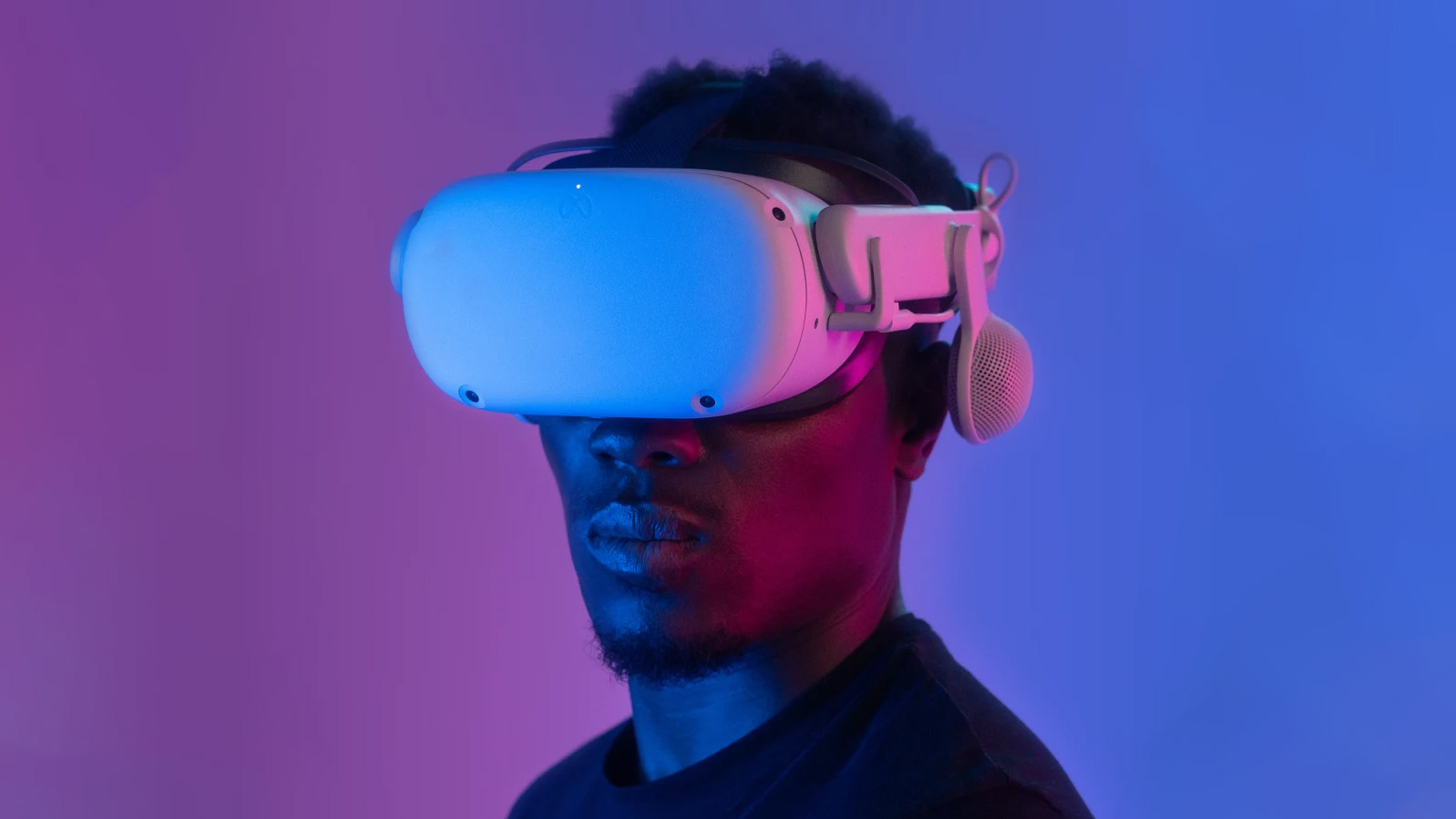 Valve’s unique off-ear headphones were a elegant solution for powerful yet comfortable audio on the company’s Index headset which launched back in 2019. The off-ear headphones approach means the headphones don’t get in the way when putting the headset on, nor do they even contact your ears while wearing the headset. With large drivers positioned slightly away from the ear, this approach is also said to provide a more accurate sense of spatial audio thanks to the fact that the soundwaves are interacting with the geometry of your ears in a more substantial way.

While Quest technically has ‘off-ear’ audio, the headset uses a ‘sound-pipe’ design where the sound emanates from a small slit near your ears. The result is much less powerful sound with less accurate spatial audio because the slit doesn’t really align with your ears. We’ve been saying since the original Quest that better off-ear audio on the headset would do wonders for immersion, but the suggestion has fallen on deaf ears.

But now Logitech may be headed to the rescue. This week the company announced the Chorus accessory for Quest 2 which clearly aims to emulate Index’s off-ear headphones.

For $100 the Chorus can attach to a Quest 2 using either the default soft strap or the official deluxe Quest 2 straps from Meta. The Chorus connects to the headset via the USB-C port on the side, and thoughtfully also provides a passthrough USB-C port so you can continue to charge the headset without unplugging the headphones. However, Logitech warns that you can’t use Oculus Link with the Chorus headphones due to the nature of the passthrough USB-C connection.

The company has also added its own smart feature to the off-ear headphones: if you flip them up into the folded position the audio is automatically muted. That makes it easy to quickly flip up the headphones to talk to someone in the room and then get back to your game.

The Chorus accessory itself weights 182g, which is a non-trivial amount of additional weight. Even without the accessory we’ve always recommended something better than the default Quest 2 soft strap, but with the added weight it’ll be even more important to have a better headstrap option. While the headphones work with all of Meta’s first-party straps, it isn’t clear which third-party straps they will be compatible with.

The Chorus headphones for Quest 2 are currently available for pre-order from Amazon and Logitech for $100 with a release date planned for September 2nd.

This isn’t the first audio accessory that Logitech has made for Quest 2. The company also previously launched a pair of headphones and earbuds that were supposedly specifically made for the headset, but neither option seemed truly customized for the VR use-case. Logitech has also dabbled in the VR space in a handful of other ways over the years, including experiments with a VR stylus and keyboard tracking accessory.