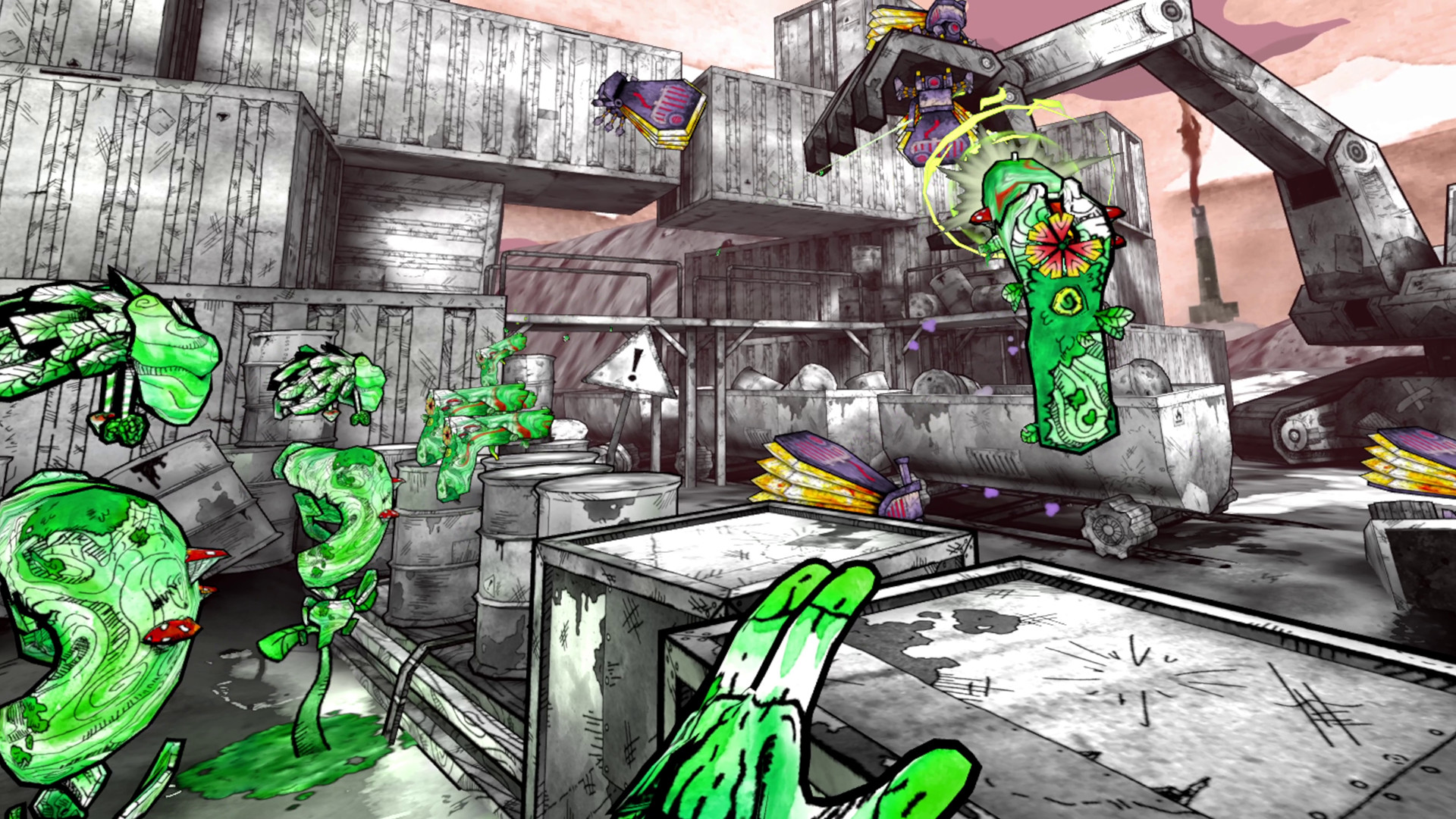 Flat Head Studio announced at UploadVR’s Summer Showcase today that its time-bending puzzle shooter We Are One is set to be published by veteran VR studio Fast Travel Games, and is arriving on “all major VR platforms.”

We Are One is all about using time loops to blast your way through mechanical enemies hellbent on destroying mother nature.

“With cleverly designed action puzzles, We Are One provides beginners and the most seasoned VR gamers with endless challenges. Just make sure you coordinate your plan of attack with your own clones – if you fail, you have no one to blame but all the different versions of yourself,” the studio says.

First revealed in February and published as a demo on Quest App Lab, the full version of We Are One is said to feature over 50 action-packed levels, cloning and time looping, and an environmental story amidst bleak industrial landscapes.

We also named We Are One one of our top 10 demos from Steam Next Fest back in February, noting that it features a mobile arcade game feel that fans of Angry Birds VR will probably like.

Although supported headsets are still uncertain, “all major VR platforms” typically means Meta Quest 2, SteamVR headsets, and PSVR (or PSVR 2). There’s no release date yet, however you can wishlist the game on Steam now and join the game’s Discord (invite link).