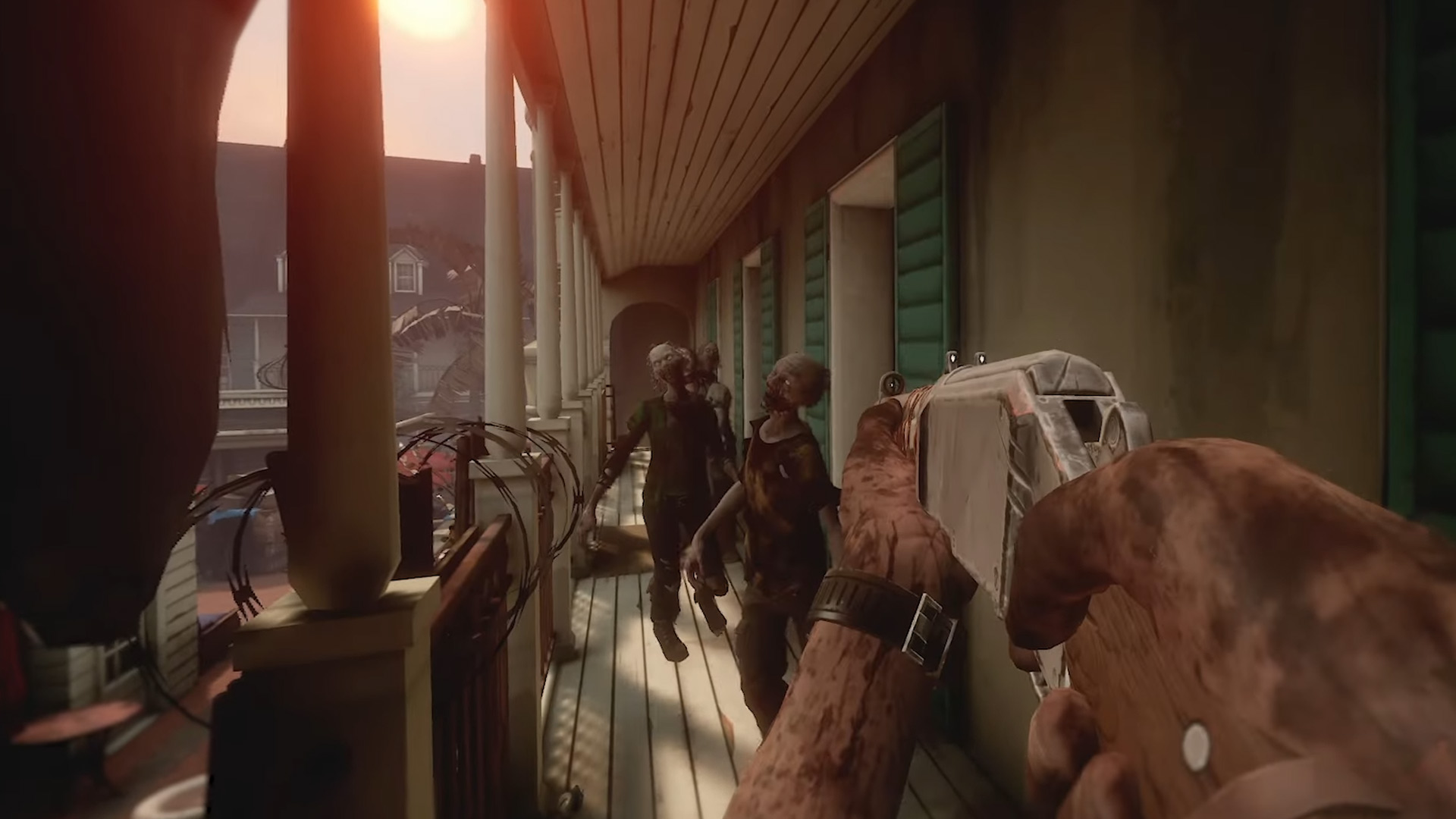 The Walking Dead: Saints & Sinners – Chapter 2: Retribution was previously confirmed for Quest 2 and PC VR headsets, however during PlayStation’s State of Play event, developers Skydance Interactive announced the game’s much awaited sequel is also coming to PSVR and PSVR 2.

Playing again as ‘the Tourist’, the Chapter 2 is said to feature an original storyline, more patented freedom of choice, and plenty of visceral combat and opportunities for bone-splitting melee. The game is also set to include new weapons that provide “unique methods of combat not previously available.” Sounds gory.

Skydance says the sequel will include silencers that help you avoid alerting the undead when using firearms, new guns like the SMG and sawed-off shotgun for better ranged horde control, and a chainsaw to tear through anything in your path, which the studio notes will come at the cost of its bulky weight and its need for fuel.

There’s also a nemesis called ‘The Axeman’ who you might remember from the original game’s Aftershocks expansion. The studio says the enemy is “just one of the major ways Retribution plans to reignite a sense of fear and danger into players in unexpected ways.”

Outside of that, the game promises a “greater numbers of walkers” and “more complex battles against armed and dangerous human combatants.”

Chapter 2: Retribution is coming later this year, although you shouldn’t take that as a tacit announcement of PSVR 2’s launch date—it’s still not clear when Sony intends on releasing its next-gen headset. In the fine print in the game’s announcement on the PS blog, the studio says Chapter 2 is currently set to come to PSVR in late 2022 and PSVR 2 in 2023.