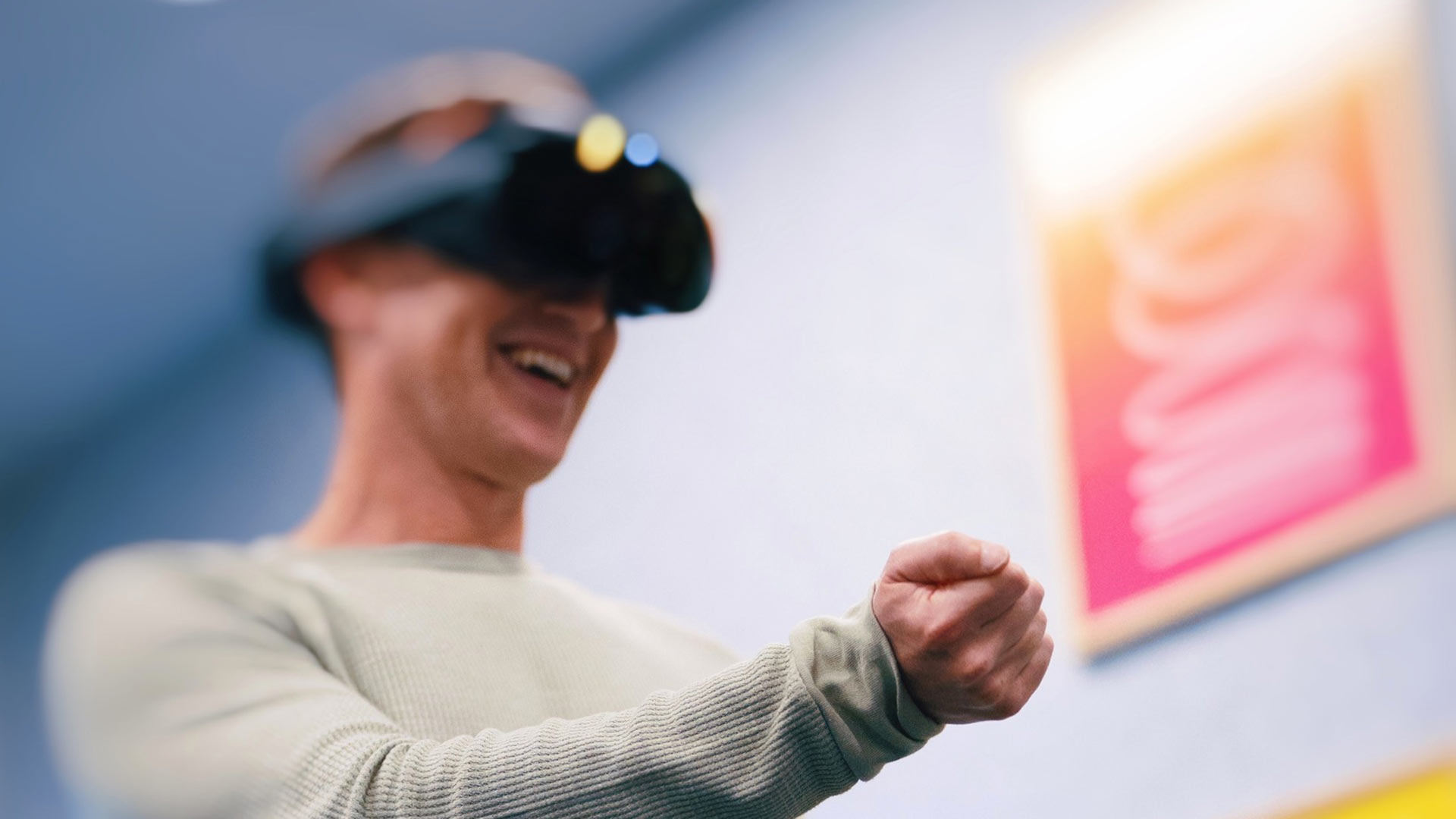 Meta CEO Mark Zuckerberg talked a bit about the company’s upcoming high-end VR headset Project Cambria today and what it can do. The headset is still basically under wraps, however Zuckerberg showed off a bit of the experience of using the device, giving us a good look at Cambria’s color passthrough function, which allows it do some pretty convincing augmented reality tasks.

Meta CEO Mark Zuckerberg also released a video on his Facebook profile today where he sat down with Jesse Schell, founder and CEO of pioneering VR studio Schell Games.

Schell Games is currently developing what Zuckerberg described as a “hypothetical follow-up to I Expect You to Die” using Project Cambria, which is due to launch sometime this year. Instead of being sealed off from the physical world, like a typical VR headset might, Cambria’s color passthrough allows for augmented reality interactions using your own living room as the backdrop.

In a separate video (seen below), the Meta CEO tries on Project Cambria, tightens a back-mounted ratcheting knob, and plays an experience called The World Beyond, which focuses on mixing both virtual and physical spaces and using hand tracking for input. The full-color version will only be available on Cambria, Zuckerberg says, however Quest 2 users will be able to try it soon on App Lab, the experimental app library.

Schell Games is developing its I Expect You to Die-style AR experience on Meta’s Presence Platform, a suite of SDKs that, starting today, will allow any interested developer to build more advanced mixed reality applications.

Speaking to Schell, Zuckerberg talked a bit about the headset’s various sensors. It includes “a bunch of new sensors,” Zuckerberg says, including high resolution, outward-facing cameras that allow for color passthrough experiences as well as depth sensors which will no doubt help with room-tracking fidelity and establishing spatial anchors.

“I’m really excited about the color passthrough, because the black and white passthrough [of Quest 2] gives you sense of where you’re going, but when you have things actually in color, it’s a lot more exciting. It seems much more real, particularly when objects are blending. They key is, when you get the lighting right on the virtual objects so that they match up with the ones that are in your scene, you have these [magic moments] when you’re not sure what’s real and what’s not, and you kind of have to take the headset off and check for a second for what is there and what isn’t there.”

In the chat with Schell, Zuckerberg describes Project Cambria as having a “somewhat tighter formfactor than Quest 2.” Although gaming and fitness is likely to be an early focus, Zuckerberg says the headset is also targeting work, which he says will be better for productivity, co-creating things with other headset users, and having meetings virtually.

There’s still no precise launch information yet. As confirmed by Meta, Project Cambria is said to be priced “significantly higher” than $800, which likely positions it more for developers and prosumers. Recent reports however contend that Meta will be releasing Cambria in September, and three more VR headsets by 2024.

You can catch the full 27-minute chat between Zuckerberg and Schell below: