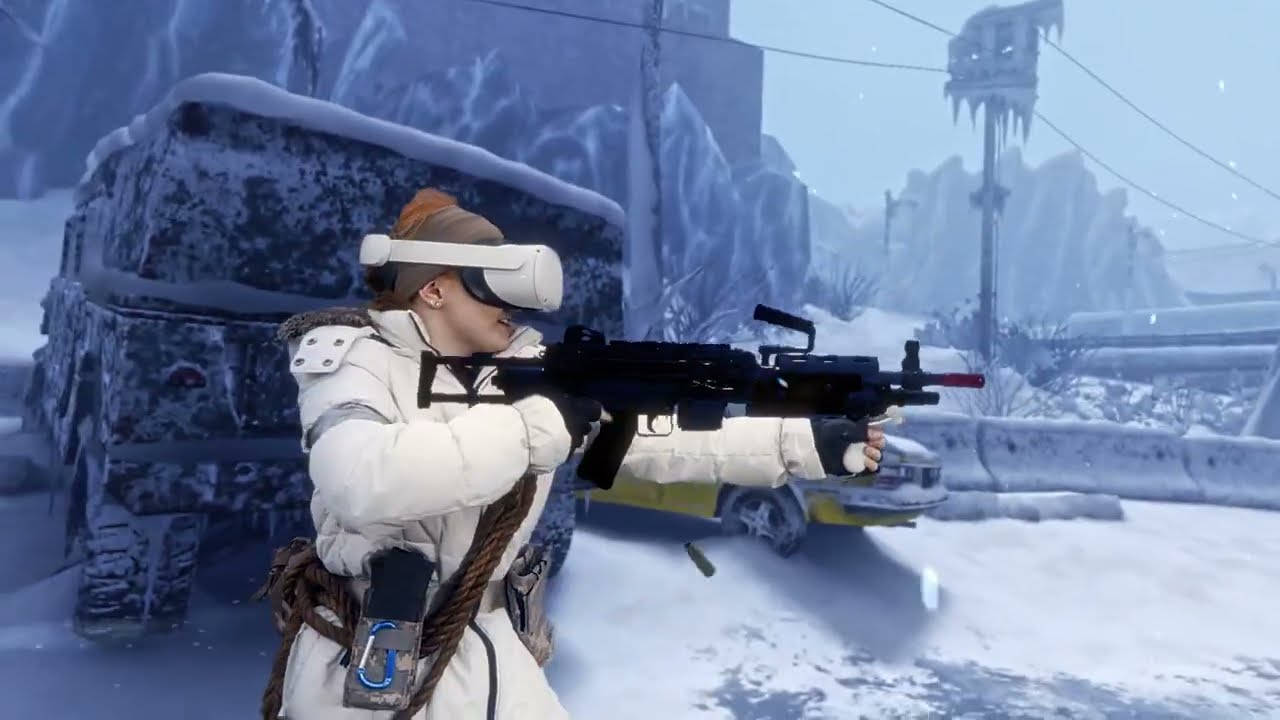 After the Fall (2023), the co-op zombie shooter from Vertigo Games, is getting a nice little content bump today in its ‘Shock & Awe’ update, which brings to the game a new arsenal of weapons, a free-for-all deathmatch mode, and a new map.

Launched earlier this year, the game’s Frontrunner Season has already brought a number of updates to the game, including Horde mode, two Horde mode maps, the Boulevard Harvest map, the ‘Skimmer’ enemy, the LMG and Revolver weapons, and new player outfits.

Now available for free on supported platforms, the ‘Shock and Awe’ update to the game’s Frontrunner Season brings a host of new weaponry to the game, including the Shockwave Power Device, Rage Booster consumable, Warhead, and Tommy Gun. Like all of the game’s high-level weaponry, to unlock players need to grind through levels for floppy disks.

The ‘Shock and Awe’ update also includes a new free-for-all PvP mode, which pits players against each other, all while hordes attack. It also contains a PvP map, called ‘Stockpile’, which is a repurposed warehouse that Vertigo Games says is “all about close-quarter combat and lightning fast respawns with items that can be found scattered throughout the map.”

To show off some of the action of the ongoing Frontrunner Season, the studio released a new co-op trailer, which was made using the increasingly smooth mixed reality LIV software, which is one of the best ways to blend people into virtual environments. Check that out below the article.

After the Fall was Road to VR’s 2023 Game of the Year in the PC VR category for good reason. It takes plenty of cues from Valve’s Left 4 Dead (2008), offering up intense zombie-shooting action across a good handful of bespoke levels, each of them providing ample opportunities for exploration and surprise attacks.

As a four-player co-op, social play is a big part of After the Fall too. Unless you’re playing with bots—which is actually a pretty serviceable experience on its own—you need to keep communication clear so you can heal fellow players, report where baddies are, and learn the ins and outs of each map. All of this maximizes your ability to collect points and make permanent upgrades to weapons, a big reason for coming back for more.

You can find After the Fall across all major VR platforms, including Meta Quest 2, PSVR, and PC VR.