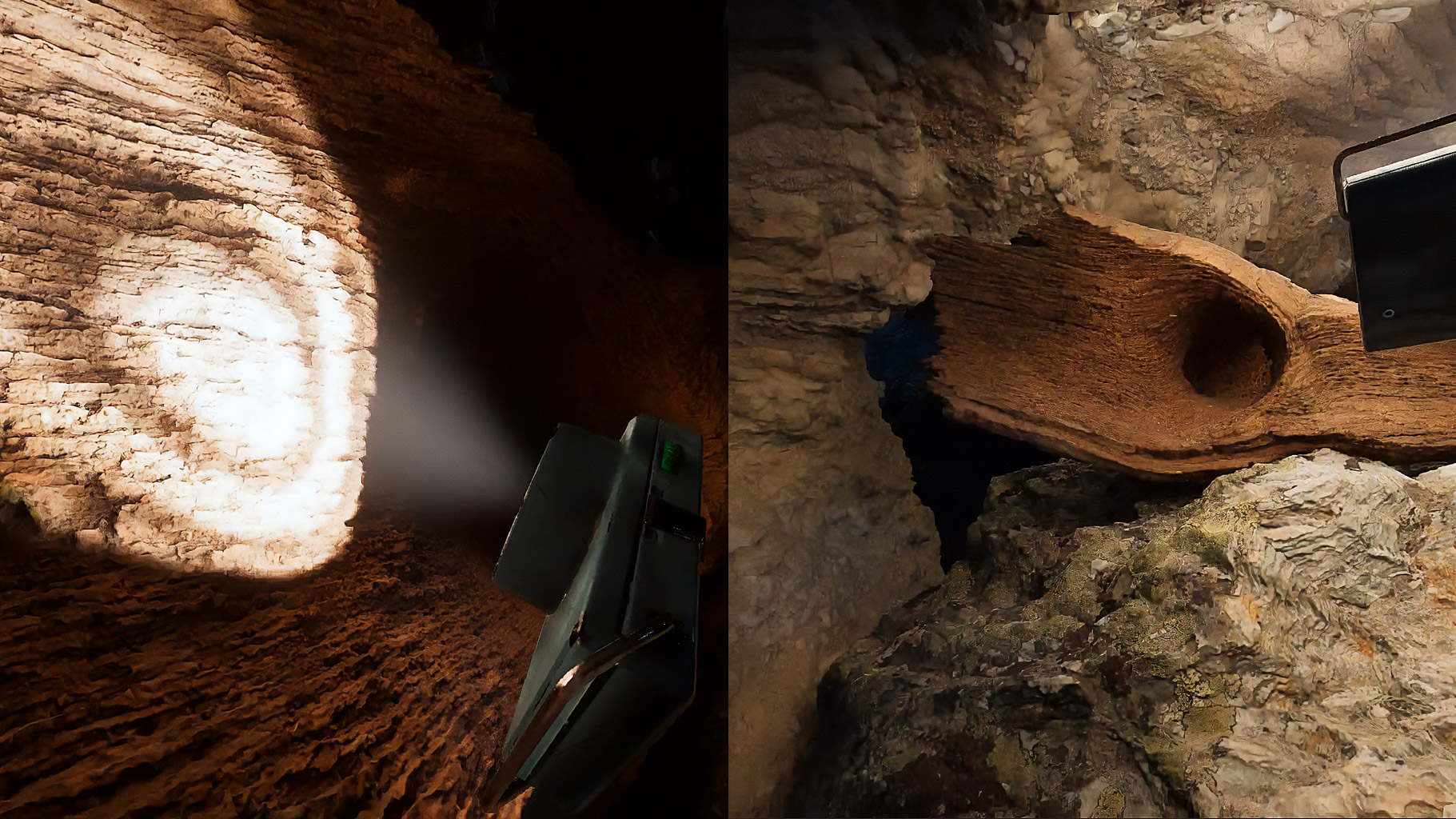 Unreal Engine 5 brings two key features which stand to radically improve the realism of both 3D geometry and lighting. While the features aren’t yet fully optimized for VR, early developer experiments are showing impressive results.

Unreal Engine 5 launched earlier this year, but unfortunately its two new key features—Lumen for global illumination lighting and Nanite for micro-geometry—weren’t supported for VR out of the gate.

However, Epic has been working on subsequent versions of of Unreal Engine 5, and though they aren’t ready for a full release yet, preview builds of Unreal Engine 5.1 and 5.2 show that Lumen & Nanite have gained initial support for VR.

And while there’s still likely progress to be made to fully optimize the features for the level of performance required by VR headsets, developer have begun experimenting with Lumen & Nanite in VR and the results are already quite striking.

One such example comes from Twitter users Hiroyan which dropped themselves into a cave full of richly detailed objects and a flashlight to light up the space.

The Epic gods have done it again… Lumen and Nanite in #UnrealEngine #VirtualReality using #UE5-main (5.2). This is by far the most detail and realism I have ever seen in #VR. pic.twitter.com/KE9aYboJTE

While many Lumen demos have focused on showing crazy glowing balls and highly reflective surfaces (as a clear example of what Lumen actually does), it’s actually this much more subtle use of the technologies that—to me, anyway—looks the most convincing from a realism standpoint.

The thing that really makes this scene stand out is the interplay between the highly detailed geometry and the lighting. VR really benefits from more detailed geometry not only because the stereoscopic view makes it readily apparent when small geometric details are actually faked (using tricks like normal mapping), but also because it’s so much easier and more common to get really close to objects when you’re playing in VR. Not only can you pick stuff up and hold it right up to your face, you can lean your head infinitely close to any surface.

Thanks to Nanite—which essentially functions like a continuous LOD system that draws detail from the original ‘master’ 3D model—the tiny surface details on the rocks and wood really stand out, especially because they’re real in terms of stereoscopic depth.

And thanks to that, the Lumen lighting system properly catches all of those small surface details and shines on them in a very convincing way that also subtly lights up the rest of the scene without pushing reflections to unrealistic levels simply for demonstration purposes.

“It’s hard to convey through screenshots, but it’s truly amazing when you’re able to get super close up to objects and they have micro detail you can see with your own eyes,” writes Hiroyan.

While it will be awesome when this level of detail is possible on a basic VR ready PC, that might not happen for some time. Hiroyan says this demonstration was running on Nvidia’s RTX 3090, one of the highest-end GPUs the company makes.