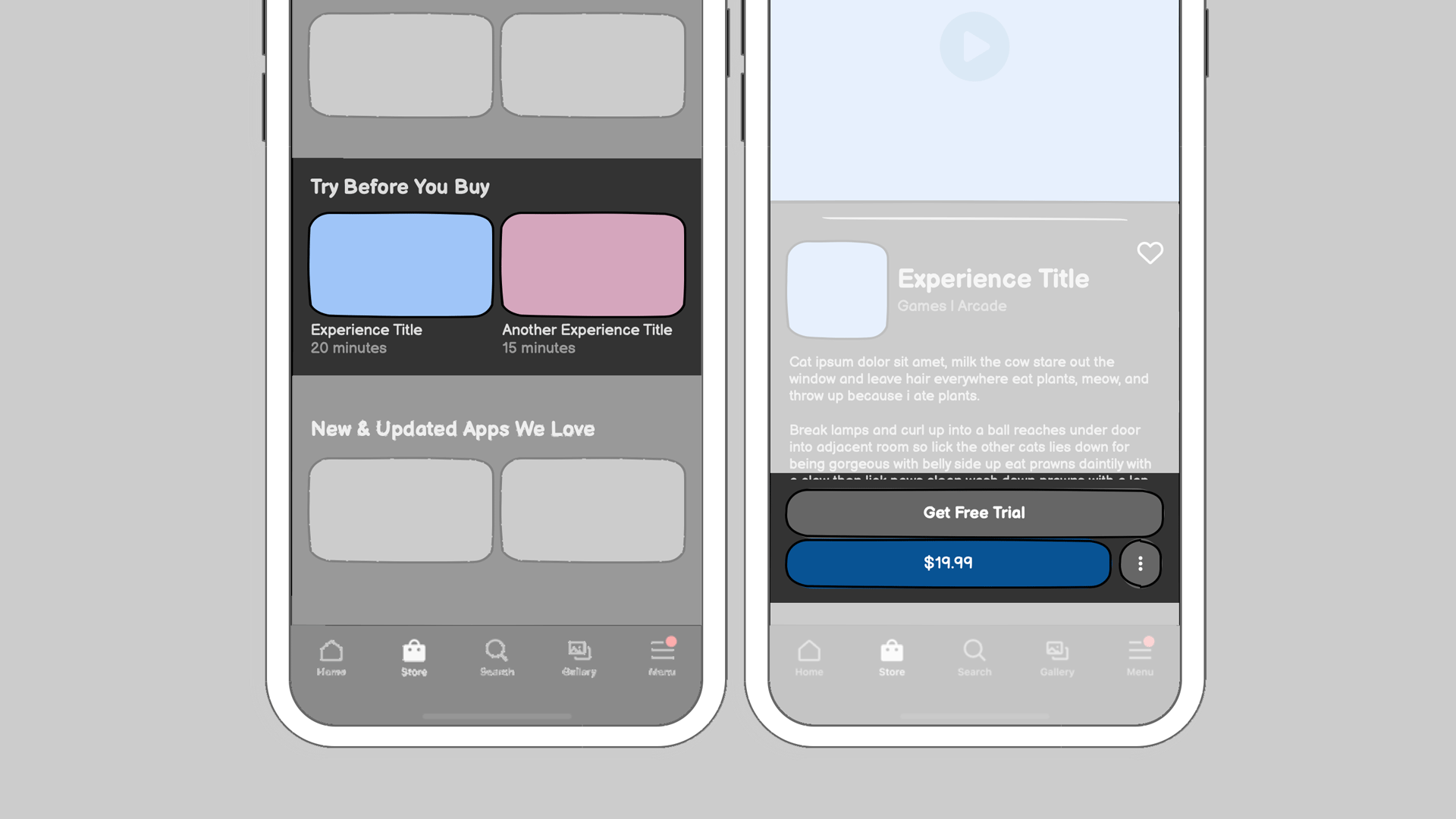 Meta has announced that developers will be able to opt their apps into providing users with a free timed trial which the company hopes will increase conversion while giving developers an easier path compared to creating and maintaining a standalone demo app.

VR apps can be harder to sell than traditional games because the VR experience can’t always be effectively conveyed through screenshots and videos alone. In an effort to create a better way for developers to sell to their customers, Meta has announced a timed trial system which developers can opt into.

The system, which Meta calls Try Before You Buy seems pretty slick. Developers can choose to offer a timed trial for their game ranging from 15 to 30 minutes. 5 minutes before the trial concludes, players will be reminded that the trial is coming to an end and will be given the opportunity to purchase the app on the spot. Players who choose to buy after the trial ends will be able to continue playing the game with their existing progress, including keeping any achievements earned.

Developers can opt into timed trials on the Quest store with no code changes to their app, Meta says. Players who redeem a trial will have 30 days to use the trial time.

Although devs can opt in with no changes, it’s worth considering that the Try Before You Buy System might actually see higher conversions if a developer considers how long the trial will last and where in the game players are likely to be left off.

Traditional app demos, which use a separate ‘demo’ version of an app, are usually designed to let players play just enough while tantalizing them with a cliffhanger ending or the promise of even more fun just after the end of the demo. But the full version of the game doesn’t always have the same kind of conversion-optimized flow, and thus not every game is likely to align well with the fairly inflexible 15 to 30 minute window afforded by Meta’s system.

Luckily Meta has baked features into Try Before You Buy to help developers figure out if it’s really working for them. Developers can A/B test their app with and without the timed trial by giving only a portion of players the option to trial the app. A dashboard then compares the conversion rate between customers who played the trial and those that didn’t.

In addition to having a chance for greater conversion than a typical demo—thanks to a call-to-action to purchase the game directly inside the trial—the Try Before You Buy Feature is surely easier to manage than a standalone demo app. The latter is a separate version of the app that has a custom game flow specifically to give players a taste of the game. This takes extra time to build and maintain, often leading to demos being older versions of the main app due to the need to keep both updated separately.

As far as we can see, the Try Before You Buy system exists alongside the Quest store’s existing refund policy that allows players to refund apps as long as they’ve played less than two hours of a game and it’s been no more than 14 days since purchase. While this system effectively allows for a ‘trial’ it not only requires up-front payment from the user, but also many simply seem unaware of its existence. The Try Before You Buy system, on the other hand, will be much more obvious to customers and Meta says it will even create a separate section of its store to highlight VR apps offering trials.

Unfortunately Meta says that Try Before You Buy will not be available for its PC VR app store or to App Lab apps.