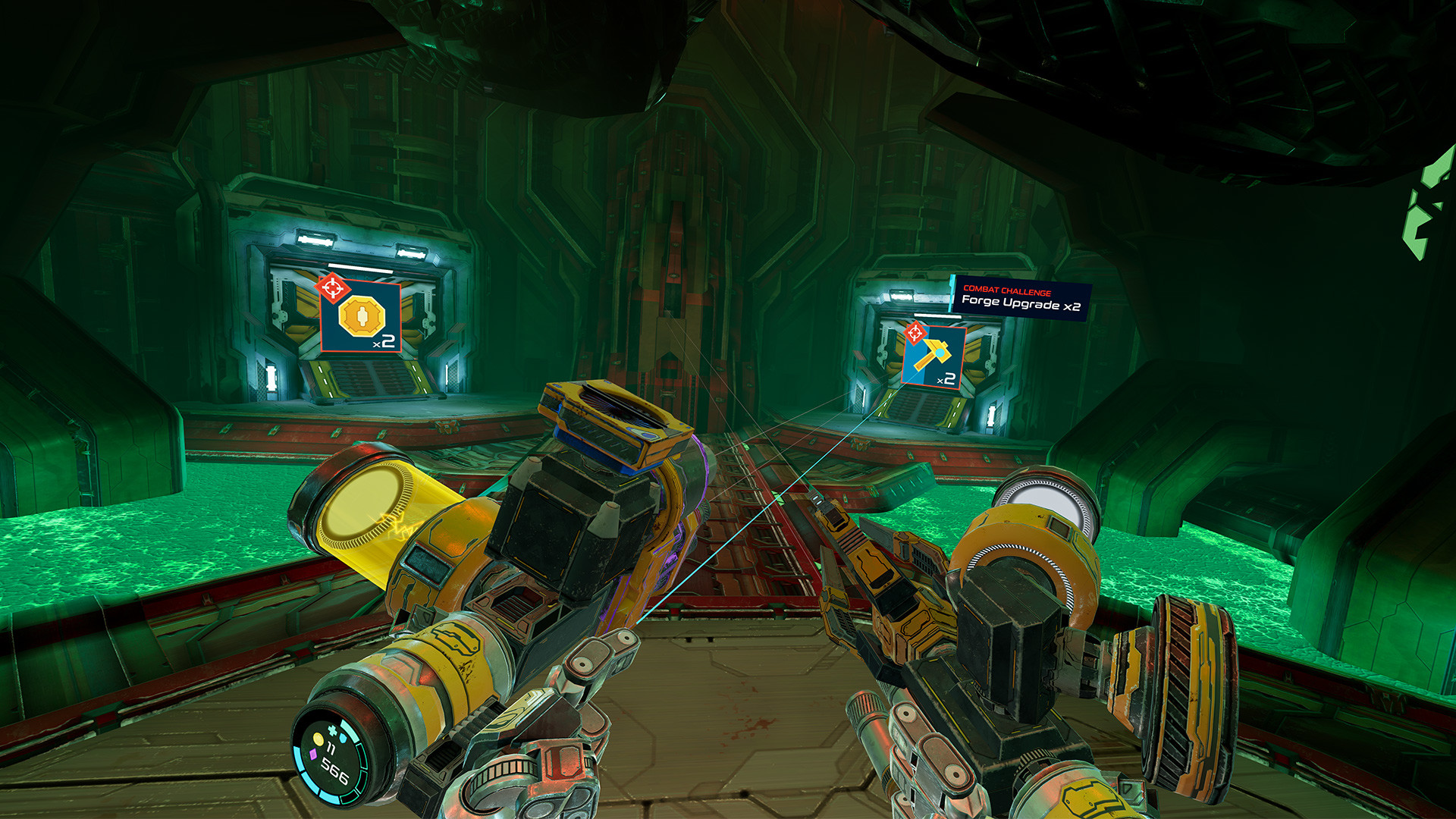 The studio behind MOTHERGUNSHIP (2018) announced it’s releasing a VR reimagining of the roguelike shooter this summer on Meta Quest 2 and SteamVR headsets.

Like the original, the game focuses on first-person shooting madness against a robot alien horde.

Robotic enemies drop random gun attachments, and you can use those parts in free-form creation to make what the studio calls “truly obscene guns.” Think ‘rocket-firing shotgun’ or ‘toxic-spike ball-launcher.’

“Craft the gun of your dreams from dozens upon dozens of parts. Barrels. Stat-boosting gun caps. Special ammo. Shields. A sawblade! Give ‘em that hand-crafted touch by physically slapping the parts together in VR. The attachments to your attachments have their own attachments,” the studio says.

MOTHERGUNSHIP: FORGE is also said to include both solo and online co-op mode so you can take on robot-baddies and compare gun designs with your friend. You can wishlist the game here on Steam.