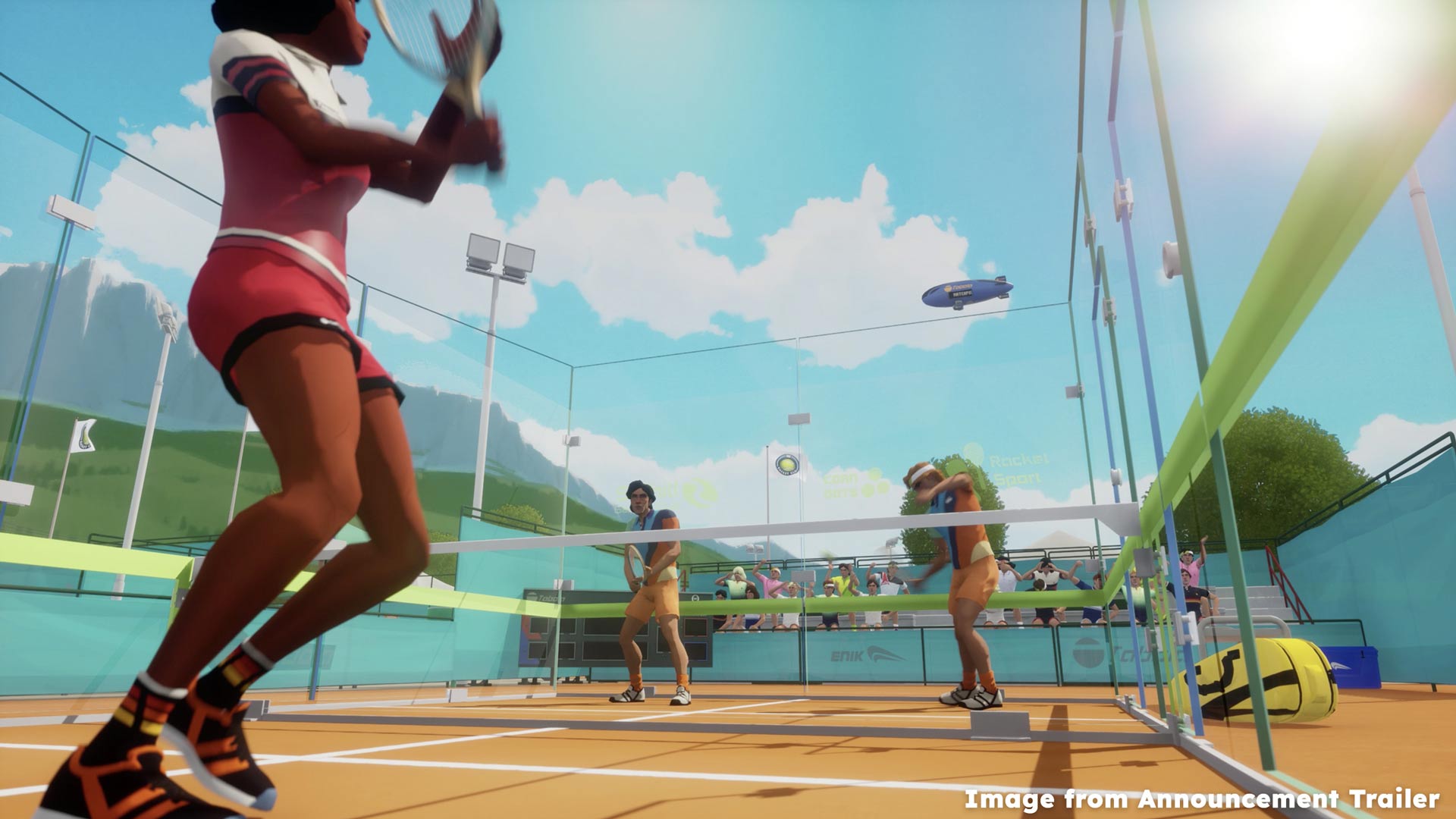 Resolution Games, the studio behind hit VR titles Demeo and Blaston, released a torrent of news at their first-annual Games Showcase today, including the revelation that it’s developing a new VR sports game called Racket Club.

Racket Club is still being kept behind closed doors, although Resolution threw out its announce trailer today during its big showcase, showing off the studio’s upcoming multiplayer title.

“Racket Club reinvents the idea of pickup sports by connecting players from all over the world to have fun together in an all-new sport designed from the ground-up for VR play,” the studio says in a press statement.

We saw a prototype during a trip to the studio’s Stockholm offices, although we can’t talk about the experience beyond what’s shown in the trailer.

In the meantime, the trailer shows off 2v2 gameplay in an enclosed glass case, and by the looks of it, the description ‘pickleball meets squash’ seems pretty apt here. The space between opponents is fairly short, which feels like it will have an important social component, something akin to how gameplay works in Ping-Pong. More info on Racket Club is said to arrive in 2023, so we’ll be sure to share some of our experiences at a later date.

Resolution Games is now over 200 people strong, making it one of the largest XR studios out there. Headed by Tommy Palm of Candy Crush fame, the studio is now actively developing for a growing list of multiplayer VR titles, including content for past titles Demeo, Blaston, Ultimechs, and Bait!, and also its recently released VR arena-style multiplayer shooter Spatial Ops, which is now in beta on SideQuest.

Racket Club appears to be another shot at type of game that could potentially become an eSport, provided everything goes well and a community grows around it. We’ll be watching for news updates in the coming year for more info on the studio’s next title.