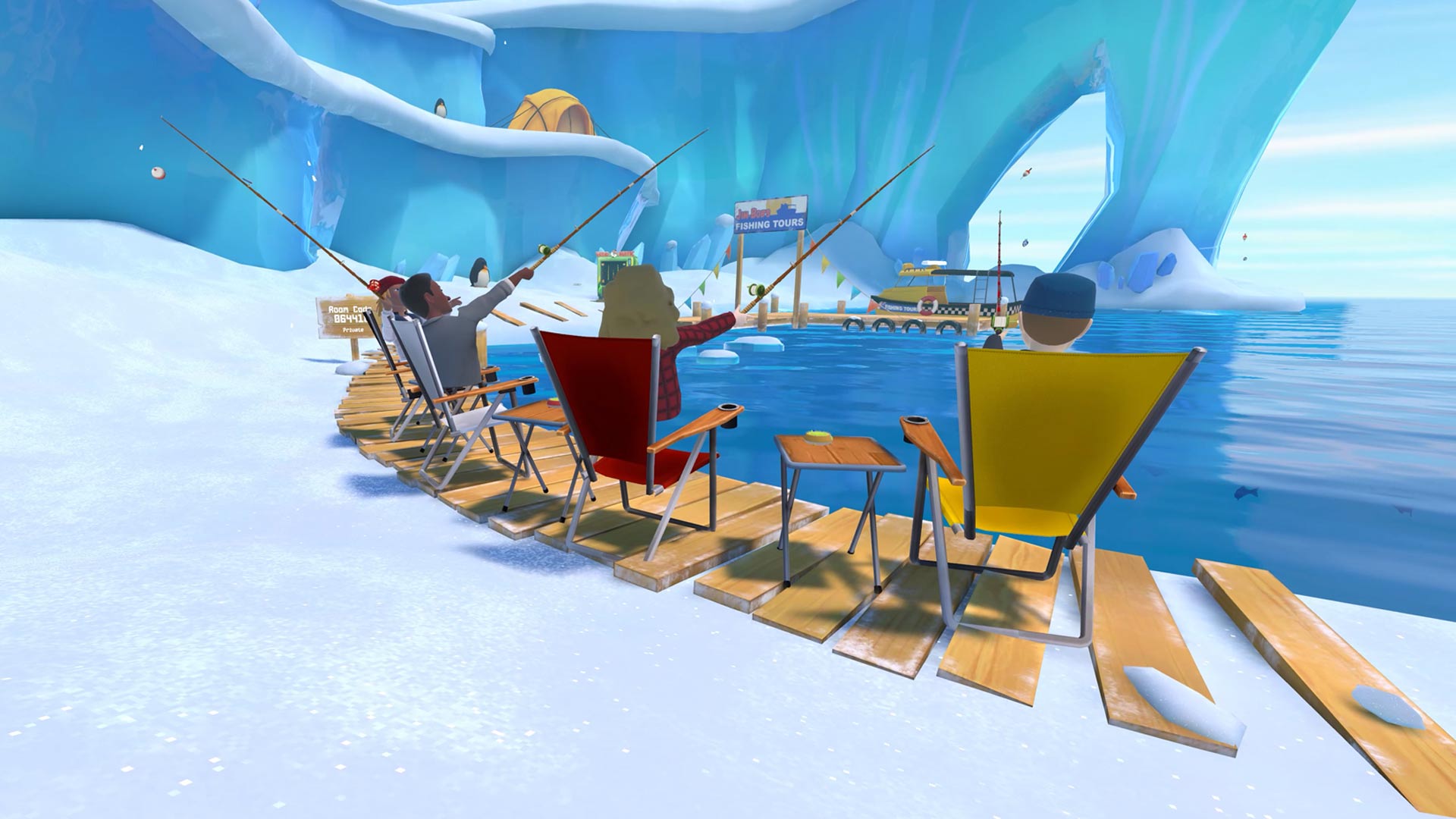 Bait! (2016) is a single-player fishing game that, although only having received its last real update in 2016, is still around and kicking on Quest in all its 6DoF glory. Now developers at Resolution Games are releasing a major content drop today in the new Fishin’ Buddies multiplayer update.

The update, which is now available on the Quest Store, brings multiplayer to the core Bait! game, letting you sit back and reel’em in with up to four players for either tournament fishing or just some casual fun.

Four players can fish together at the frozen Penguin Point fishing area, while up to 12 players can hang out at Casters’ Cove in the third instance of what the studio calls a ‘Tinyverse’, a sort of tiny metaverse space that offers up mini-games and chances to hang out and chat with other players. You’re probably familiar with the studio’s Tinyverse spaces from Blaston’s Ozo Lounge and Demeo’s Heroes’ Hangout.

Social activities in Bait’s Tinyverse include RC boat races, skipping stones along the beach, paddling around in inflatable floaties and more.

We got a change to poke around the new Bait multiplayer mode and visit the new Tinyverse space whilst on a visit to the Stockholm offices of Resolution Games. It’s been forever since I played Bait!, considering that last substantial update was back well before even Oculus Go existed, and jumping in felt like old times.

Moreover, being able to saddle up next to three other avatars, all of them with their own unique tackle earned throughout the campaign, was a fun experience that took a bit of the lonely edge off the single-player game. I can imagine myself returning with a far-flung friend who is an absolute fishing fanatic, if only to reconnect with a pint while catching a perch.

The studio’s Tinyverse addition is also an interesting strategy, as it appears Tinyverses are making their ways into every one of Resolution’s multiplayer titles to make them more ‘sticky’ in increase player retention.

In all, it feels like Bait! is getting a fresh breath of new life with the Fishin’ Buddies update, which essentially converts one of the studio’s most senior VR titles (it was on Gear VR, after all) into another slick multiplayer game that’s not only stood the test of time, but is also thankfully free.