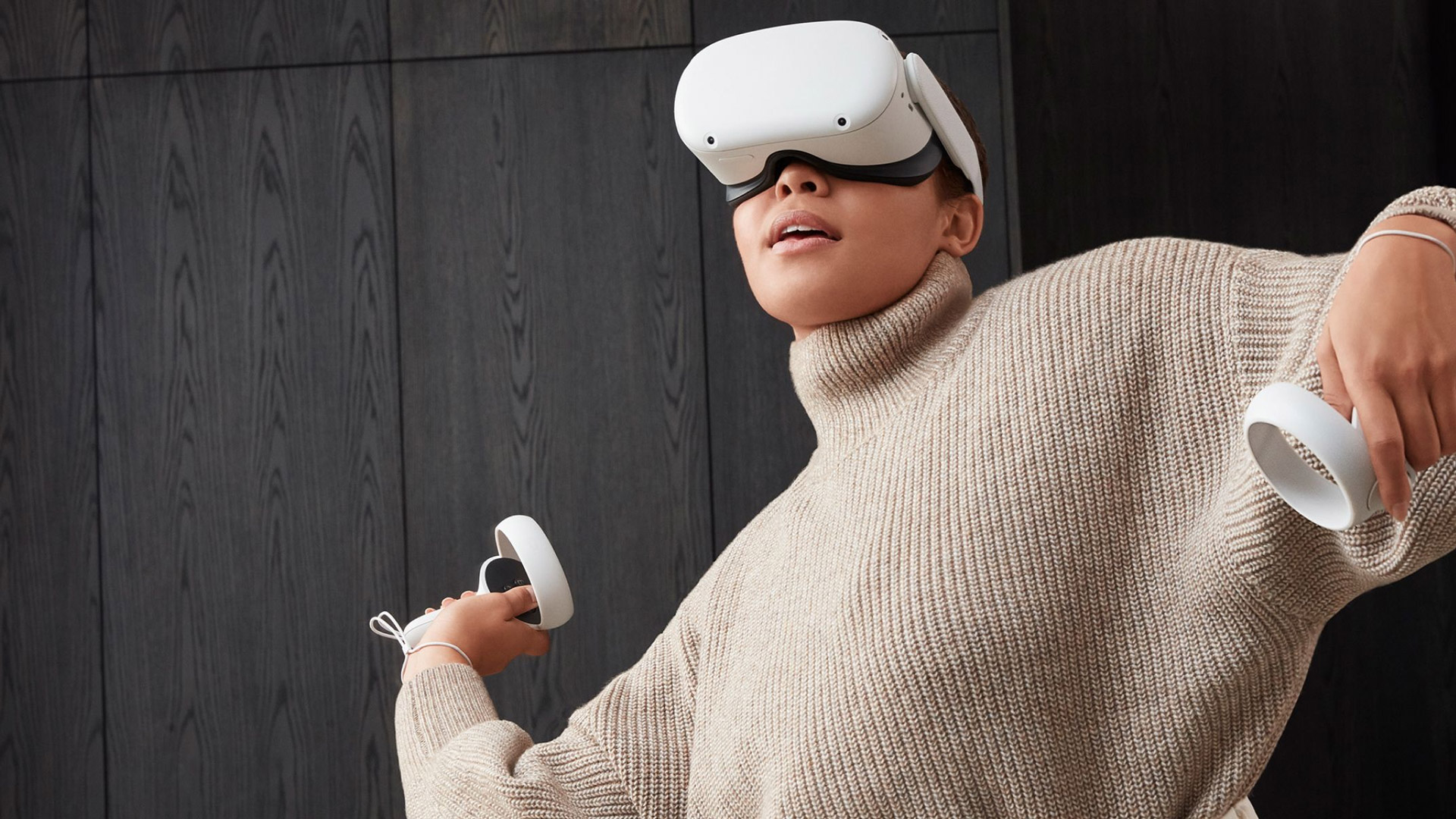 Quest’s v44 software update is rolling out now, and it’s serving up some long-overdue video capture options along with it, like the ability to record in 16:9 aspect ratio, and increase frame rate and bit rate for video capture. Those features were once only available through SideQuest, and now it seems Meta is equally intent on getting its youngest users away from the sideloading software entirely.

Data miners initially projected the changes to come in v43, but now the new v44 update is here with some options we’ve been patiently waiting for. Meta says Quest users can now go into an ‘Advanced Camera Settings’ menu and change the default format and resolution for videos, bringing more of SideQuest’s creature comforts to official firmware.

The v44 update is rolling out gradually and will let you record in landscape (16:9) instead of square (1:1), and increase both frame rate and bit rate. SideQuest users can tell you though that recording at higher frame rates at the max 1,920×1,080 resolution can cause stuttering in certain games, and of course take up more storage.

Additionally, Meta has included a new option to let parents remove developer mode on Quest 2, thereby blocking SideQuest entirely for kids entirely. The popular sideloading software can only be installed by entering developer mode first, which then lets you install SideQuest for easy access to a third-party library of games and experiences. While parents have been able to lock specific apps on the Quest platform, that developer mode loophole has no doubt let some kids sidestep content restrictions.

It’s clear the company has been on a mission to effectively reign in sideloading by gradually offering basic feature parity with SideQuest. App Lab, Meta’s official experimental game distribution channel introduced in early 2023, has much of the same content now which was once only available through SideQuest, such as game demos and early access games that haven’t made the cut to be included in the full store. One thing Meta hasn’t done though is stop its users from sideloading all together.

Since it’s in the name of keeping kids safe, there’s likely to be little complaint from regular users who won’t be affected. That would be a different story if the company decided to entirely block sideloading altogether though. Meta has historically seen significant pushback whenever it’s attempted to entirely close down its headsets from third-party software.

Back in 2016 the company sought to block the Revive service for SteamVR which allowed non-Meta headsets like Vive to play exclusive Rift content from the official store. That was back in the PC days though, which Meta has long forgotten with the entrance of its Quest standalone headsets. Now it seems the strategy is to offer features that are on-par (or good enough from an end user standpoint) to keep people away from straying too far from the Meta Store and its App Lab experimental outlet.