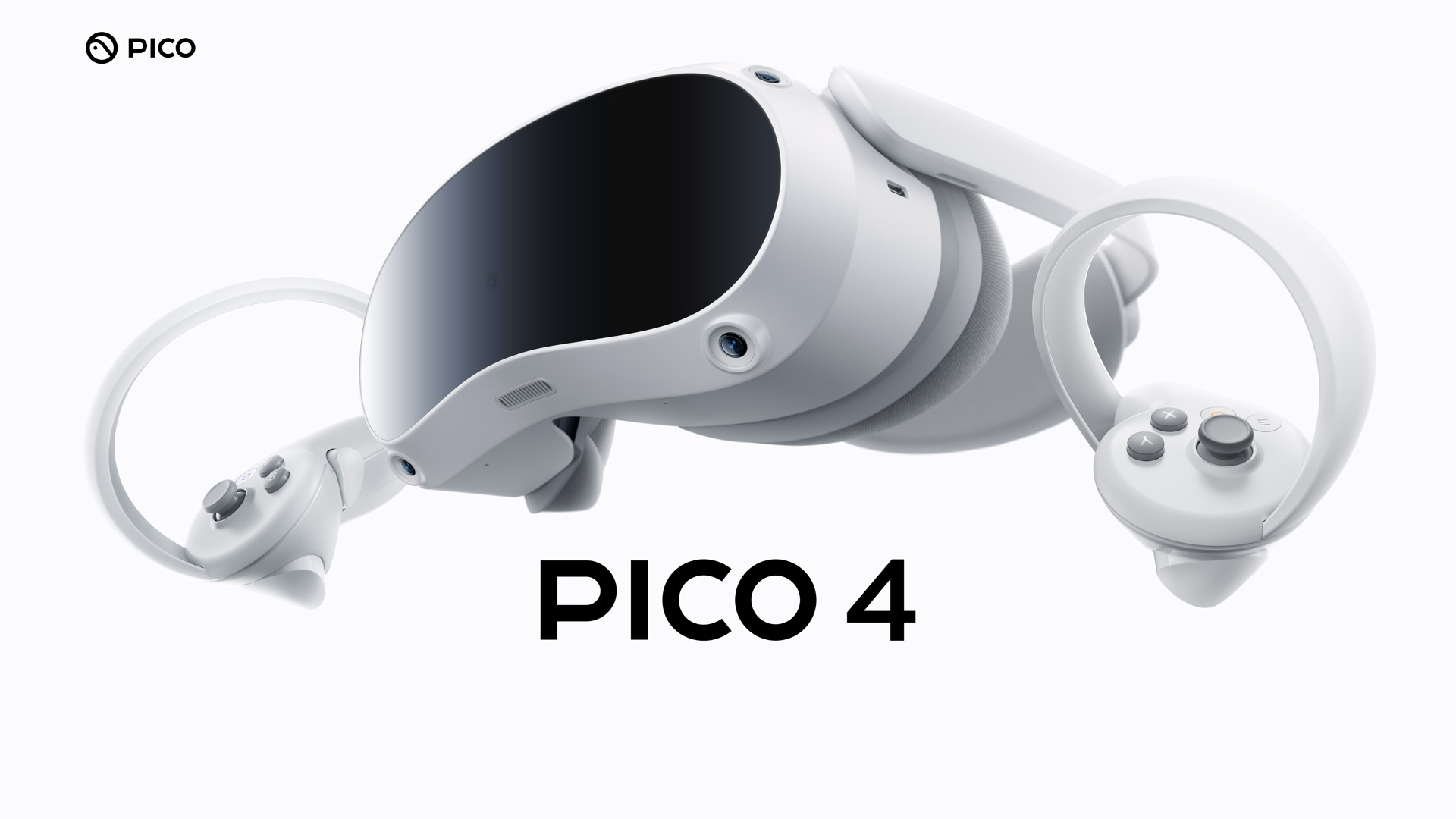 Pico today announced the Pico 4 standalone VR headset, with pricing and content aspirations that make it clear the company hopes to compete directly with Quest 2. The headset will launch in October starting in Europe and some Asian regions, with no plans for a US launch just yet.

Pico has been making VR headsets for years, though the company has primarily served the enterprise market thus far. More recently the company was acquired by ByteDance and earlier this year took its first serious step into the consumer VR space with the release of the Pico Neo 3 Link, a standalone VR headset that also has the ability to tether to a desktop for PC VR gaming.

Less than a year later the company is nearly ready to release the Pico 4, and this time around it hopes to get a leg up on Meta’s Quest 2 headset in price and features, while angling to be competitive on content as well.

Pico 4 will start at €430 for the 128GB model and €500 for the 256GB model (that’s €20 and €50 less than Quest 2’s equivalents), making it clear the company is hoping to undercut Meta on price, something that may have been more difficult without Meta having raised the price on the headset just a few months ago.

While both headsets are built on top of Qualcomm’s Snapdragon XR2 processor, Pico 4 will bring 8GB of RAM to Quest 2’s 6GB. Additionally Pico 4 aims to be more compact than Quest 2 with the addition of ‘pancake optics’ which should reduce the bulk of the headset thanks to a folded optical path. Additionally the Pico 4 is sporting a slightly higher resolution at 2,160 × 2,160 (4.7MP) per-eye compared to Quest 2’s 1,832 × 1,920 (3.5MP).

Along with a rear-mounted battery on Pico 4, those are the key hardware differences. Here’s a full look at how the headsets compare on paper:

Starting at €430 for the 128GB model and €500 for the 256GB model, Pico 4 will begin pre-orders for the general public in October; those who purchased the Neo 3 Link will be able to pre-order as early as tomorrow. Pico 4 will be released on October 18th starting in 13 European countries as well as Japan and Korea, with plans to launch in Singapore and Malaysia later this year and China eventually. The company hasn’t revealed plans to launch Pico 4 in the US.

In addition to the headset, Pico has announced plans to launch three first-party accessories for the Pico 4 in 2023. All priced at €50, they include a fitness tracker for more accurate fitness tracking, a wireless dongle for wireless PC VR, and a carrying case.

Even if Pico 4 manages to compete with Quest 2 on the hardware front, there’s still a serious challenge ahead in getting a comparable amount of quality content onto the headset.

To that end, Pico has announced that some fresh and upcoming VR games will be available on the headset, like Peaky Blinders: The King’s Ransom, Ultimechs, Demeo, and The Walking Dead: Saints & Sinners.

We’ve reached out to Pico for a more complete list of content expected to be available on the headset.

The company also says it plans to launch its own Pico World social VR platform in 2023 and release a series of exclusive documentaries from the Discovery Channel.