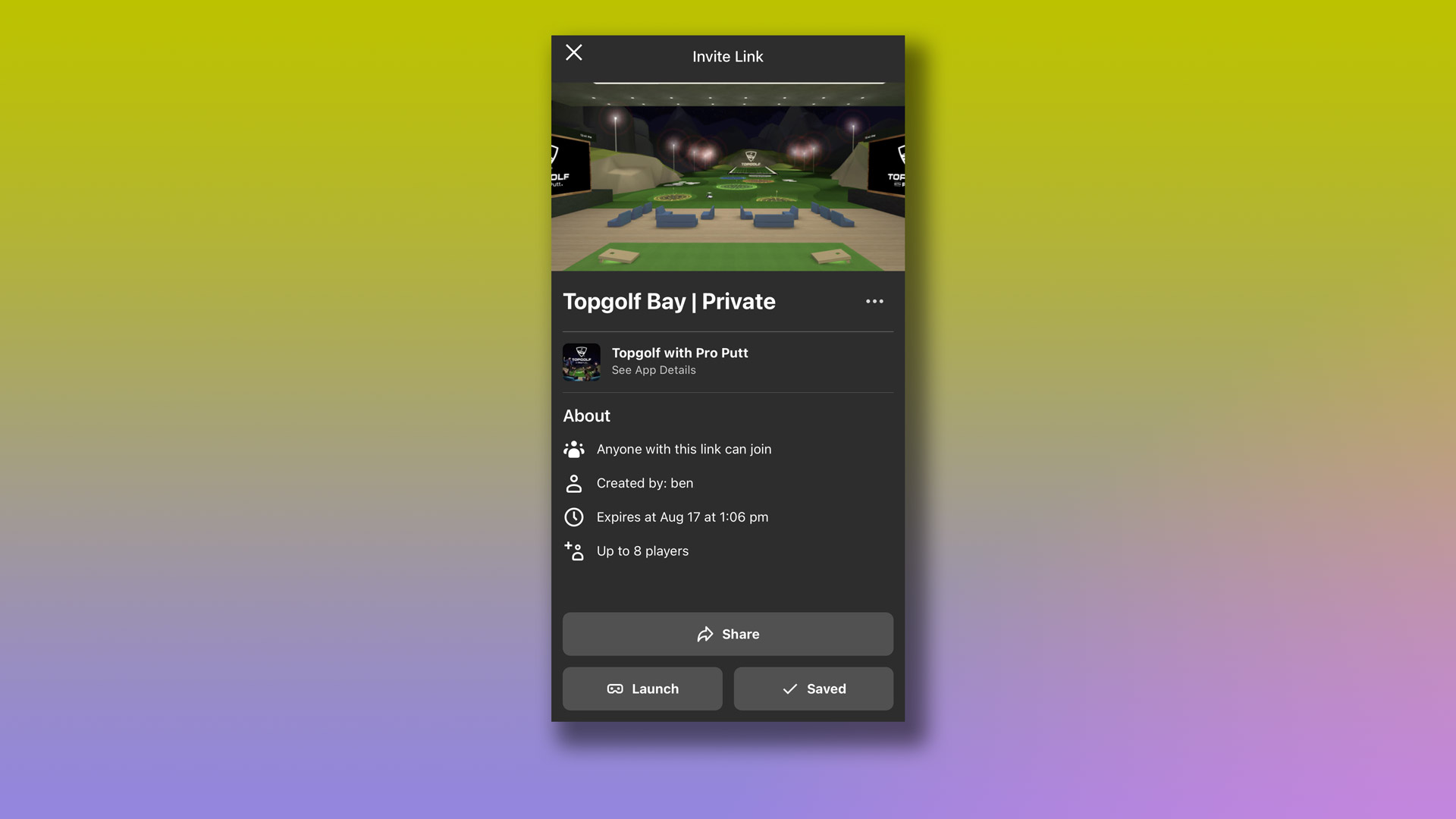 Last year Meta added the ability to send simple invite links to your friends which would bring you together into the same place in VR. It’s a great way to easily join up with friends in VR, but it seems very few people know the feature exists.

Back in August of 2021, Meta extended its Oculus platform capabilities to allows users to create invite links from their smartphone and then send the link to their friends—by text, email, DM, etc—that when clicked would automatically launch the correct app and send all users into the same space to play together.

And it works great. I’ve been using the feature heavily with Beat Saber to join up with friends for multiplayer sessions. It’s as easy as saying “Hey meet me in Beat Saber in 20 minutes, here’s the link.”

And though the feature requires per-app implementation from developers, many of Quest’s most popular social games are already supported, like Walkabout Mini Golf, VRChat, Rec Room, Demeo, Horizon Worlds, and more. Invite links work with Rift apps too as long as both you and your friends are using the Oculus PC version of the app (or the game supports cross-platform play between Quest and Oculus PC).

But from my experience with VR users both personally and professionally, very few seem to know that ‘invite links’ exists at all. And it’s hard to blame them… the feature is fairly hidden and Meta doesn’t do a good job of telling users what invite links do or how to use them. So here I’m going to explain how they work, and why it’s problematic that more people don’t know about them.

How to Use Invite Links on Quest

If you want to create a Quest invite link to join friends in VR, start by launching your Oculus smartphone app. Invite links are the perfect way to pre-plan a VR session with your friends and easily meet in the same place without fiddling with any menus or friends lists. Once you’re ready to play, press the ‘Launch’ button from the invite link and your headset will load the selected game and should automatically send you to the same location as your friends. Invite links on Quest are valid for 24 hours from their creation.

Why Don’t More People Know About Invite Links and Why Does it Matter?

Well, I think Meta is primarily to blame here. The Oculus smartphone app interface is far from perfect, and it confusingly separates the invite link functionality from your friends list.

Most users who intend to invite a friend to join them would naturally navigate to their friends list to find the friend they want to send an invite to. However, if you go to your friends list in the Oculus smartphone app (not so intuitively hidden in the ‘Menu’ section and called ‘People’), you actually can’t invite friends to a game that way.

Invite links (also hidden in the ‘Menu’ section) are a totally separate construct, and, as far as I’ve seen, they’re never tutorialized. So unless you know what an ‘invite link’ is at first glance, you might have just glossed over that button. If you want to invite friends from your Oculus friends list then you’d need to create an invite link first, then go back to your friends list and send the link as an Oculus DM. It works but it could be a much smoother and more unified process.

So why does it matter that more people don’t know about invite links? Well, beyond the obvious (it’s a hassle-free way to get together with friends in VR that everyone can benefit from), if few people know they exist then few people are using them. And if few people are using them, then VR developers won’t be particularly encouraged to spend time adding the feature to their games. After all, if hardly anyone is using invite links, why bother?

An ecosystem where all Quest apps support invite links (and by extension Destinations, Deep Linking, and Rich Presence features), would make it far more fluid to connect with friends in VR and even move from one app to another together.

I hope you’ll give invite links a try, and if you find them convenient, spread the word! Over time hopefully we’ll see more and more Quest apps support the feature making it easier for everyone to play in VR together.