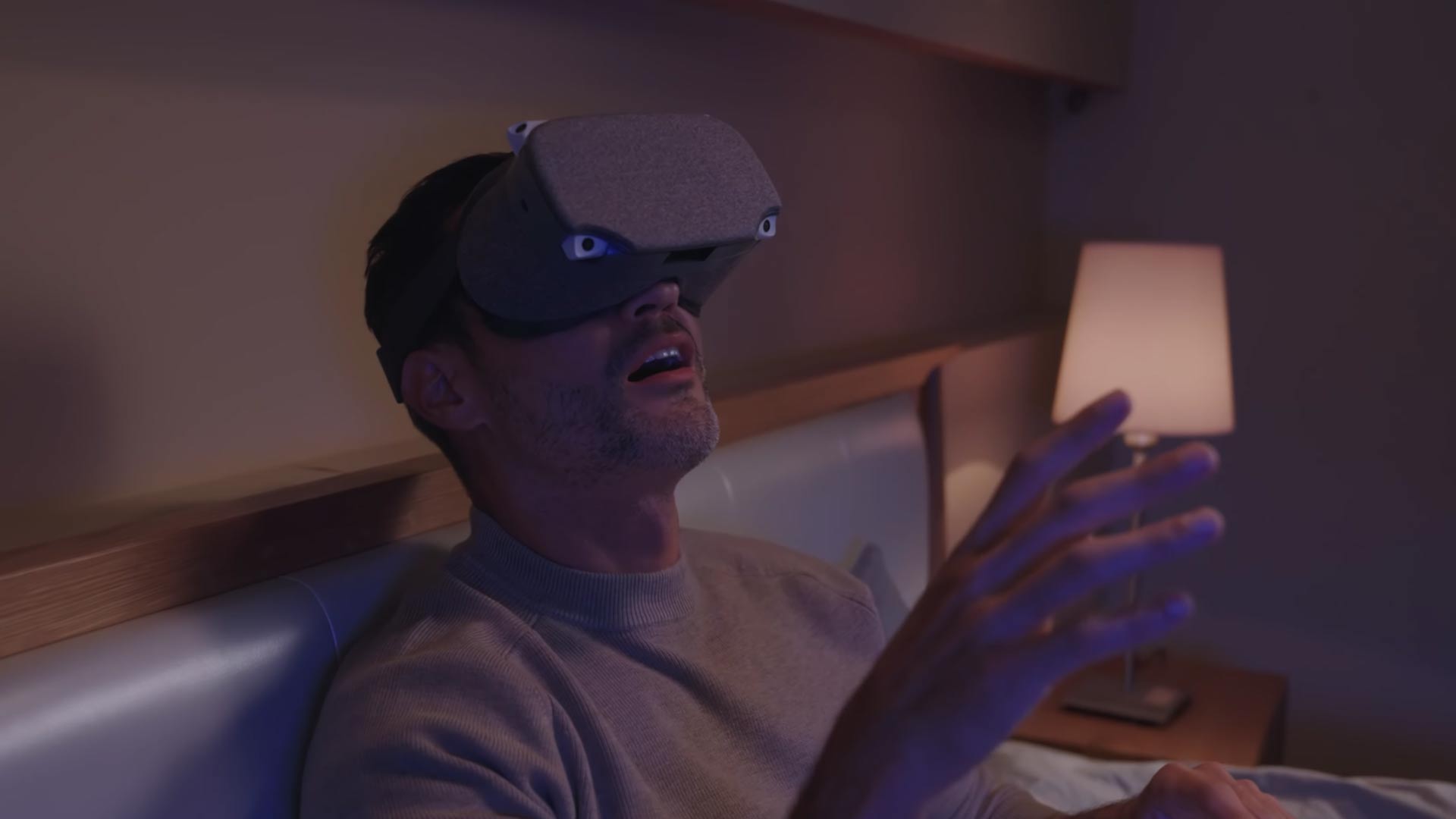 Pimax, the China-based creators known for its fleet of large-FOV PC VR headsets, announced a new product in its lineup that’s set to straddle a number of device classes thanks to its convertibly between a Nintendo Switch-style handheld and snap-in VR headset display, replete with 6DOF tracking.

Called Portal, Pimax is first pitching the device via a Kickstarter campaign in what it calls a global pre-sale event starting November 15th.

Following the recently announced Pimax Crystal, Portal is the company’s second standalone VR headset with an onboard processor—a Qualcomm Snapdragon XR2—and it’s slated to take the company’s VR-centric product line in a drastically different direction. Boasting handheld gaming, smartphone-style AR, and 6DOF VR, Pimax is set to straddle multiple device classes at once with Portal, dubbing it a “metaverse entertainment system,” or ‘MES’ for short.

Pimax is offering two fundamental flavors of its Portal handheld (sans headset), which looks a bit like a cross between a Nintendo Switch and a Steam Deck: a ‘standard’ version priced at $300 for 128GB storage and 256GB for $400, and a version with a QLED display priced at $550, promising a 5.5 inch HDR screen with 4k resolution and 144hz refresh rate.

We hope to learn more precise specs next week as it hits Kickstarter. There’s no product page available for now, only the hour-long reveal which aired yesterday, hence the dodgy screenshots. Those are a lot of buttons on those magnetically attached controllers.

While being a Snapdragon XR2-powered handheld, the notable addition to Portal is its five cameras; one in the middle and four positioned on each corner of the handheld. Those are meant to drive both the smartphone-style AR capability and 6DOF VR room-scale tracking.

That’s nothing in comparison to the truly dizzying array of features and usecases—you might call ‘Pimaxian’ at this point—as the company is again throwing out a long list of attractive-sounding accessories, much like its original Pimax ‘8K’ headset Kickstarter in 2017.

Taking a page out of Google’s handbook, Pimax is pitching Portal as a sort of Daydream-style device thanks to its ability to snap into a headset shell, which admittedly goes one step further by including a battery in the rear for longer battery life and better on-head balance.

The so-called Portal View also features snap-in controllers which is a pretty intriguing way of dealing with Switch-style controllers and plugging them into a Touch-esque formfactor. Remember, that 4k display actually pares down to 1,920 x 2,160 per-eye, putting it around the same resolution as Meta Quest 2.

Among its use as a standalone 6DOF VR headset, Portal View also includes optional lenses so you can either have what Pimax calls a standard VR experience with 100-degree FOV lenses (27 ppd), or a 60-degree FOV specifically for watching movies (40 ppd).

Portal Horizon is the larger FOV version of View, which promises a 140-degree FOV (20 ppd). But wait, there’s another headset. Portal Social Edition includes face and eye-tracking, although that’s said to be ‘in the works’. There’s no word on what either Horizon or Social Edition will cost.

Pimax’s Portal ecosystem is ushering in a ton of accessories. Portal is supposedly set to support cloud gaming services like Xbox Game Pass and Nvidia’s GeForce Now via a WiGig 60GHz plug-in module. Sensible, if not a little late in fading cloud gaming craze.

The company hopes you’ll also elect to buy its dedicated Mini Station mini-PC, which features an AMD 6800U processor, 32 GB of RAM, and a 1TB SSD so you can stream content to Portal locally, or use its native Wi-Fi 6E or additional 5G module to cloud game.

You can also buy a larger screen and controller housing, which lets you snap the Portal and its supplied controllers into the body of an 8.8-inch clocked at 120Hz.

Not only that, but the company is also creating an additional 5,000 MaH battery module that plugs into the larger screen housing.

And a dock for Portal to turn it into a TV-based gaming system, using up to four of its controllers for multiplayer console-style games.

People who’ve followed along know Pimax’s creativity and enthusiasm is rarely matched with its ability to get product out the door. Whether we see all of these accessories materialize remains to be seen, as the entire product ecosystem Pimax is pitching here is ambitious to say the least.

Still, Pimax is a real company with real products, so we’ll be following along with the Kickstarter to see what makes the chopping block and what becomes just another fun accessory backers will have to wait for.