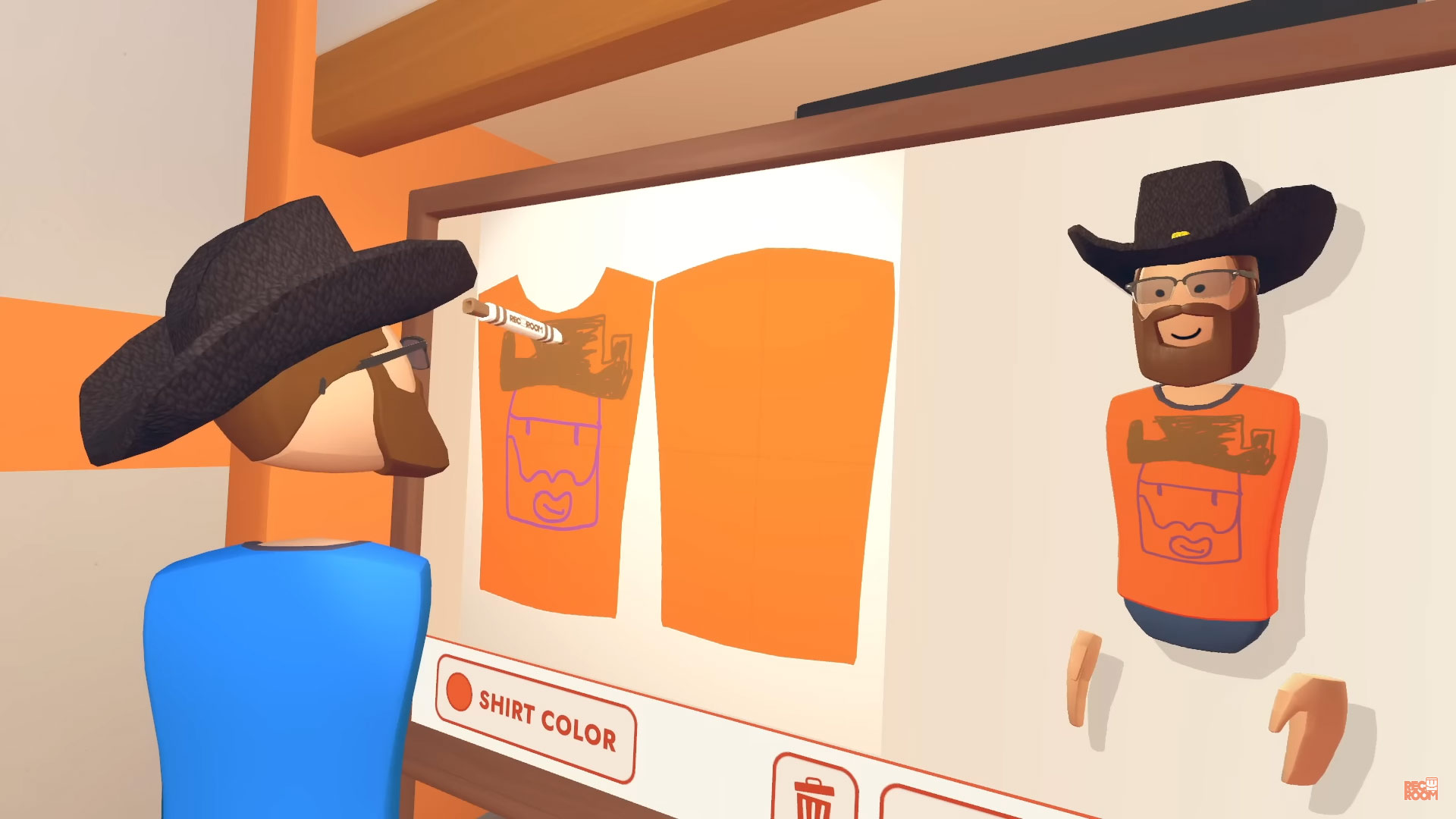 Rec Room, the social VR platform, just pushed out an update that lets its Plus members create custom shirts for the first time, allowing you to draw mostly anything with the stroke of a virtual pen and apply the graphic to a t-shirt. The studio says users will also be able to sell those shirts on the marketplace at some point in the future.

In comparison to VRChat, Rec Room offers a decidedly more limited way of customizing avatars since it relies on in-platform tools. Although Rec Room does offer full-body avatar suits now, it’s a far cry from the sort of customization that standard 3D modeling tools allow. Still, the studio is making steps to let their millions of users express themselves in a way that conforms to guidelines. After all, Rec Room is one of the few social platforms with dedicated junior accounts (under 13) that are both COPPA compliant and kidSAFE certified.

Now the studio released a tutorial video on how Plus members can create custom shirts. Here’s a quick explainer, which shows how users can draw and apply the graphic to both the front and back of a shirt:

As you’d imagine, there’s also an explicit warning against inappropriate shirt designs that would breach the platform’s code of conduct. As far as t-shirts go, Rec Room prohibits designs that include stuff that features sexist, racist, discriminatory or harassing language, symbols, or behavior. Like all of its user-created content, it’s relying on the game’s player base to self-police and report content that breaks guidelines.

Making custom shirts is only open to paid ‘Plus’ members, an optional membership program that costs $8 per month. Plus includes a few notable perks beyond free accounts, such as 100 saved outfit slots, token drops each month, discounts on store items, and the ability to earn tokens by selling things like room keys to minigames or digital items such as gadgets. Some members can even sell those items and convert their in-game tokens into real cash—a strong incentive to keep the fresh content flowing from third-party creators.

And there’s no shortage of ready customers either, as Rec Room’s player base has recently grown to 3 million monthly active VR users. That figure is actually a “pretty low percentage” of overall active players, the studio says, as most users access the game through traditional gaming platforms like iOS, Android, PlayStation, and Xbox.

Rec Room is currently running an art contest, the theme of which is ‘sports’. This includes the new Custom Shirts category. To learn more, check out the art contest rules and submission form to get started.