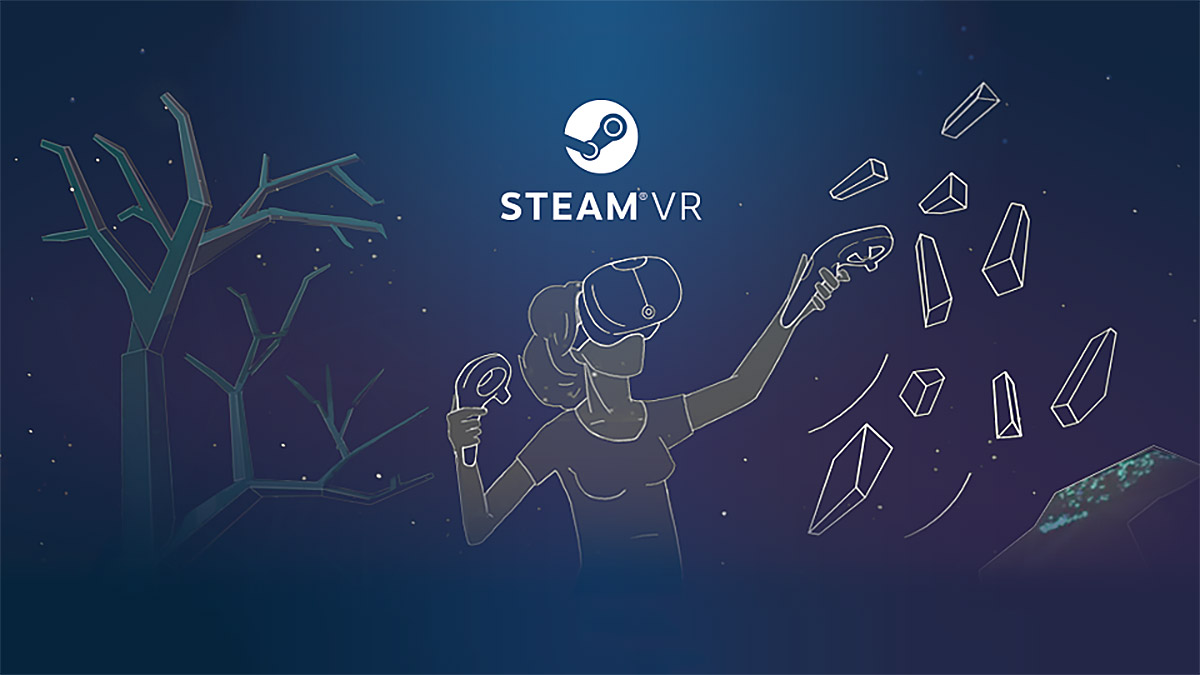 New figures directly from Valve reveal the growth of VR users on Steam in 2021.

Shared by Valve this week, the Steam 2021 Year in Review gives us some fresh official stats about VR usage on the platform.

These are quite specific figures; we’ve reached out to Valve for clarity on exactly what they mean, but here’s out best understanding in the meantime:

Assuming we’ve got the correct interpretation of the stats, that means that more people are using VR more often on Steam in 2021 than in 2020.

In any given year that might not be particularly impressive; after all, one would hope that VR is growing year to year. However, it’s important to remember that Valve released Half-Life: Alyx in 2020, which brought a huge surge of VR usage on Steam in that year. It was such a success that Valve said the game single-handedly accounted for 39% of revenue growth among VR game sales in 2020. That VR usage on Steam in 2021 still saw growth despite lacking a blockbuster VR game release makes these numbers a bit more impressive.

Valve wasn’t shy about pointing out the success of Quest 2 on Steam—which appears to have driven much of the growth in VR on the platform in 2021—noting that “the newest major hardware release, the Oculus Quest 2, makes up more than a third of VR headsets on Steam,” (though the actual number is much closer to 50%!)

Additional stats revealed by Valve in its 2021 Year in Review post also give us a clearer picture of the actual number of VR headsets used on Steam each month—more on that below.

Each month Valve collects info from Steam users to determine some baseline statistics about what kind of hardware and software is used by the platform’s population, and to see how things are changing over time, including the use of VR headsets.

The data shared in the survey represents the number of headsets connected to Steam over a given month, so we call the resulting figure ‘monthly-connected headsets’ for clarity; it’s the closest official figure there is to ‘monthly active VR users’ on Steam, with the caveat that it only tells us how many VR headsets were connected, not how many were actually used.

While Valve’s data is a useful way see which headsets are most popular on Steam, the trend of monthly-connected headsets is obfuscated because the data is given exclusively as percentages relative to Steam’s population—which itself is an unstated and constantly fluctuating figure.

To demystify the data Road to VR maintains a model, based on the historical survey data along with official data points directly from Valve and Steam, which aims to correct for Steam’s changing population and estimate the actual count—not the percent—of headsets being used on Steam. 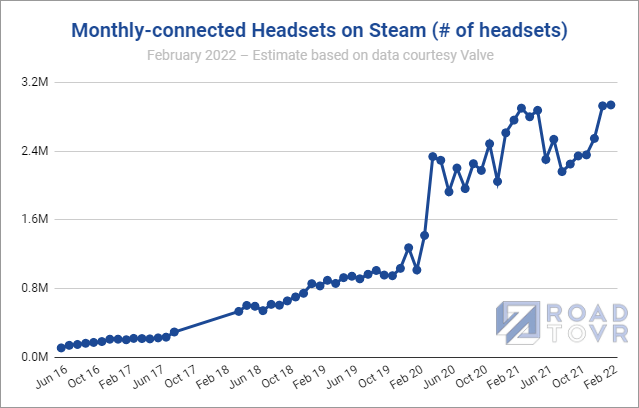 Prior to the additional data, we had estimated back in January 2022 that there 3.4 million monthly-connected headsets that month, though with the new data we’re refining that estimate down to 2.93 million (which makes February 2022 the highest month of VR headsets on Steam to date, by a small margin). We also refined some previous estimates in light of the new data and accordingly removed an exponential curve which was included on prior charts (as the R² value has dropped below 0.9).

Ultimately we can see that the holiday 2021 surge that culminated in January 2022 has lasted into February as well, a good sign that new users are sticking around. For now, anyway.

Quest 2 continues to gain ground among VR headsets used on Steam, though it slowed down a bit compared to the big stride it took in January. Quest 2 now makes up 47.09% (+1.07%) of monthly-connected VR headsets.

And even though Quest 1 dropped to 3.83% (−0.12%), the gains from Quest 2 mean that both Quest headsets combined now account for just over 50% of the headsets on Steam for the first time.

Another notable move among Oculus headsets in February was Rift S dropping to 12.14% (−0.96%); combined with the loss from Quest 1, this means that share of Meta headsets overall in February dropped ever so slightly to 67.16% (−0.09%).