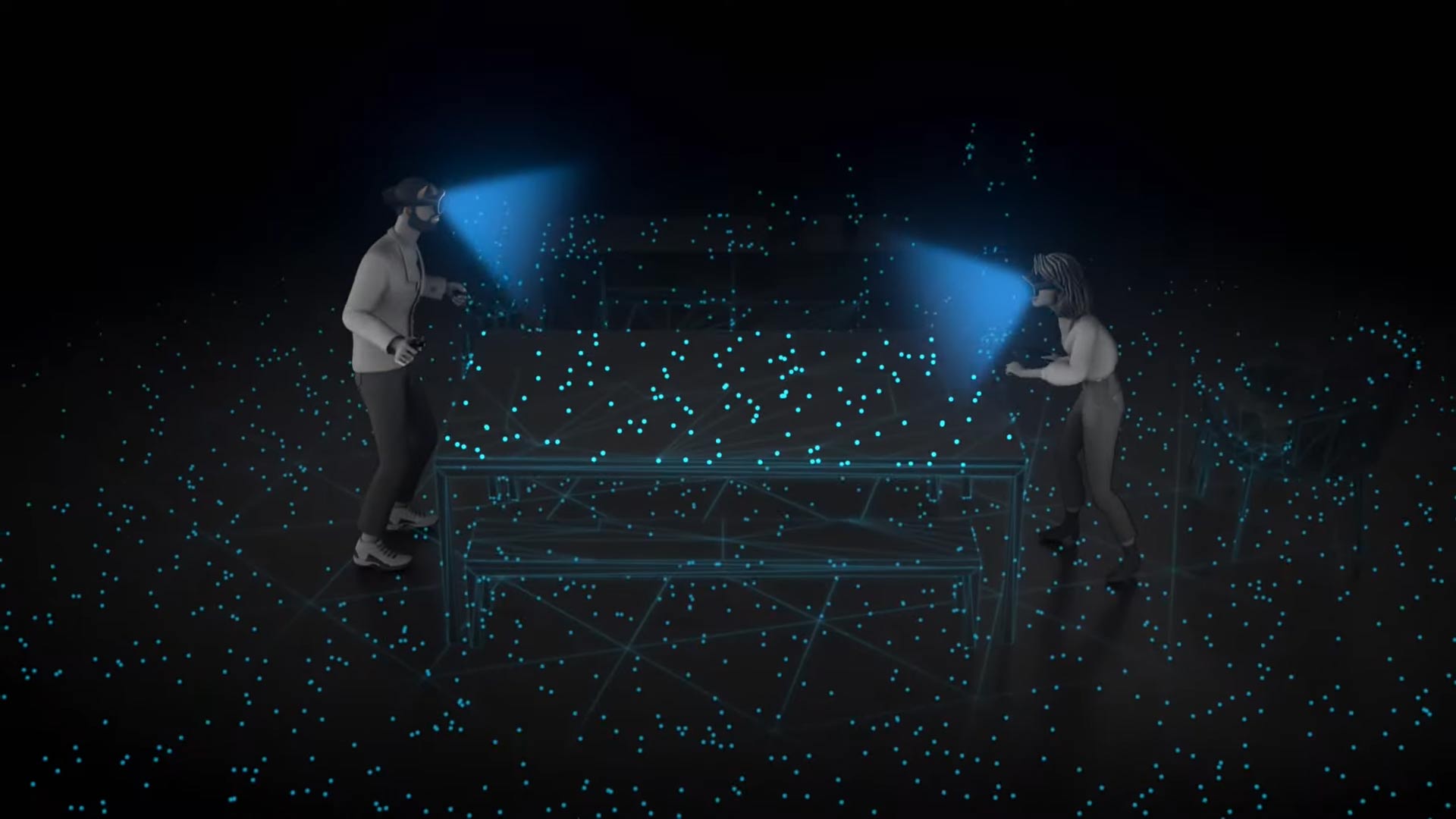 Meta hasn’t rolled out colocation services for the entire Quest platform yet—meaning a pair of Quest 2 headsets can’t automatically ‘see’ each other in the same physical playspace—although that’s not entirely true for its latest headset, Quest Pro.

Meta published a quick explainer video recently showing off how local multiplayer works between two Quest Pros. Here’s the gist, although you can catch the explanation in the video below as well:

To track the room and superimpose virtual imagery over your physical environment in mixed reality, Quest Pro generates point clouds which can be shared with other Quest Pros. Users can decide whether they share point cloud data, Meta says in the informational clip, although it’s notably done by using Meta’s servers as a middleman.

This is a fairly substantial change from how local multiplayer works on Quest 2—or doesn’t work—as games typically require some shared room marker that is used to calibrate the relative positions of players within a pre-defined space. This sort of ad hoc local multiplayer can provide variable results in terms of overall ‘avatar-to-person’ tracking fidelity, but by being able to sync up point clouds, you should (in practice) have the highest level of positional accuracy between two players.

Meta (vis-a-vis Facebook) has been talking about colocation on Quest for a while now. Starting in 2018, the company showed off an arena-scale multiplayer prototype based on VR shooter Dead & Buried, which we hoped would eventually lead to the company opening up colocation services for the Quest platform. Around one year later, the company published code in the Oculus Unity Integration pointing to a colocation API for Quest, although we still seem no closer to colocation on Quest 2.

It’s interesting to see the company is only allowing colocation on Quest Pro for now, its $1,500 mixed reality headset launched in late October. Meta still seems to be refining its value proposition of Quest Pro, and it seems colocation services are very much a ‘pro’ feature.