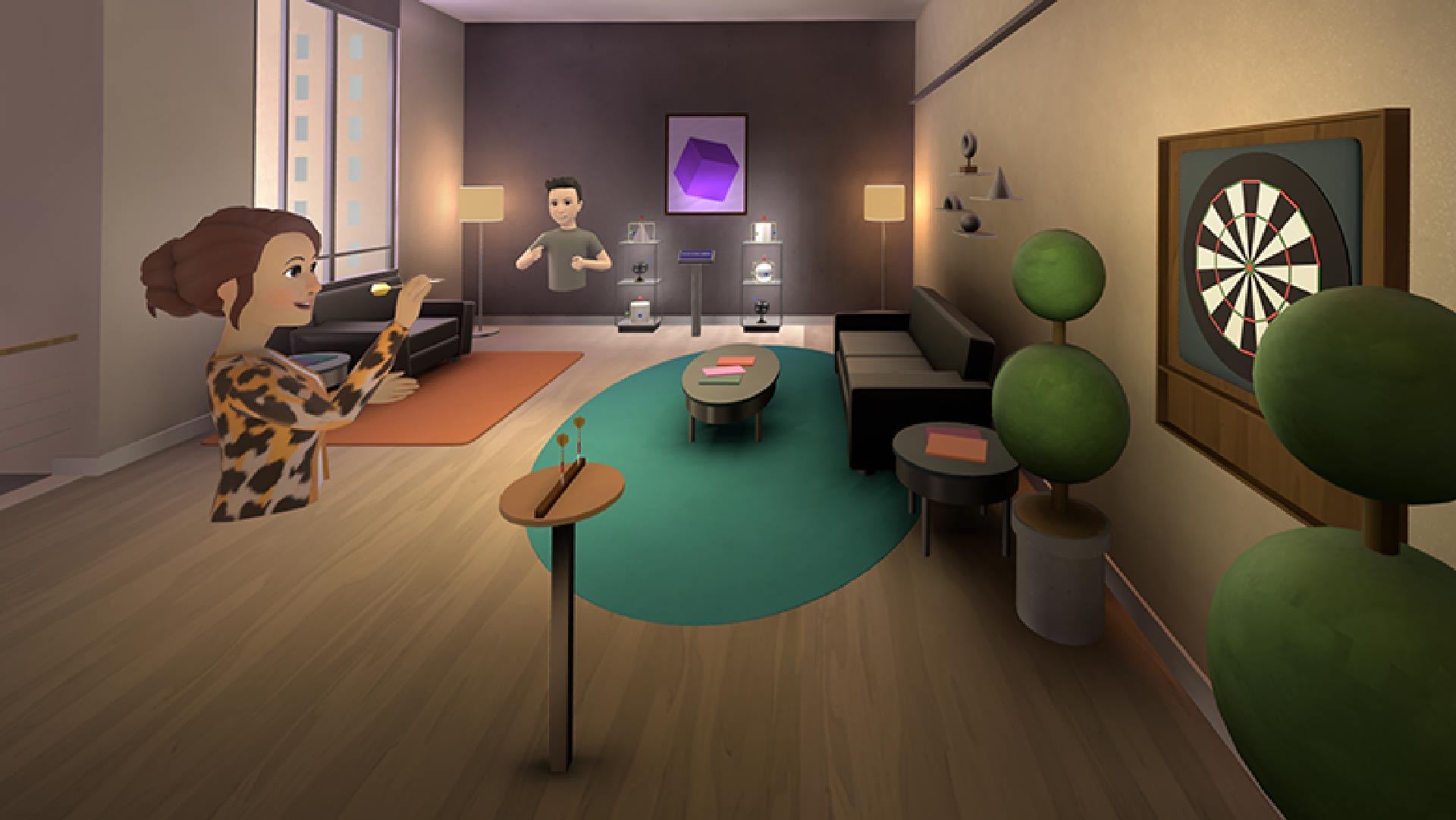 Horizon Worlds, Meta’s social VR platform for Quest users, has featured its own ‘Personal Space’ zone for a while now, however now the company is rolling out a more social version to more users that will let you better flesh out your home area for others to visit.

‘Personal Space’ used to be a floating island where you’d customize your avatar and view updates and events in Horizon Worlds, making it essentially the first place you’d go before jumping into the growing number of social VR rooms and live events offered through Horizon Worlds. It was personal though, as in, only you could access it.

Since June though, Meta introduced a new Personal Space to a select number of users which allows you to hang out with friends and play mini-games, making the area sort of an apartment to chill out in before popping off to other virtual places on the platform.

Now the company says it’s not only rolling out the new Personal Space to more users over the coming weeks, but it’s also including more options that will help you further customize your own spot by setting some configurable rules on visitor behavior.

“You decide who gets an invite, and your invited guests won’t have access to your personal space when you’re not there,” Meta says in a blogpost. “You’ll also be able to set rules for people to follow and take action based on those rules as you see fit—like muting or removing someone from your personal space.”

YouTube channel ‘Vidyuu Tutorials‘ has a succinct explanation of the change:

This is effectively Meta’s first “private” (in inverted commas) social space for its users, so the company is also updating its Code of Conduct to “better align with the standards and expectations people have for what’s acceptable in public versus closed spaces in the physical world.”

Meta hasn’t said who is getting access to the new Personal Space next, however like the Horizon Worlds rollout it’s possible the company is handpicking regions across the entire Horizon Worlds userbase, which for now only includes 18+ in the US, Canada, UK, Iceland, Ireland, France, and Spain.

As social VR platforms go, Meta has been taking it slow and careful with Horizon Worlds. Its piecemeal approach to increasing its userbase is no doubt an early attempt at controlling the platform so it not only doesn’t get out of hand, but also has the sort of attractive user-generated content that has made competing social platforms Rec Room and VR Chat the successes they are today.