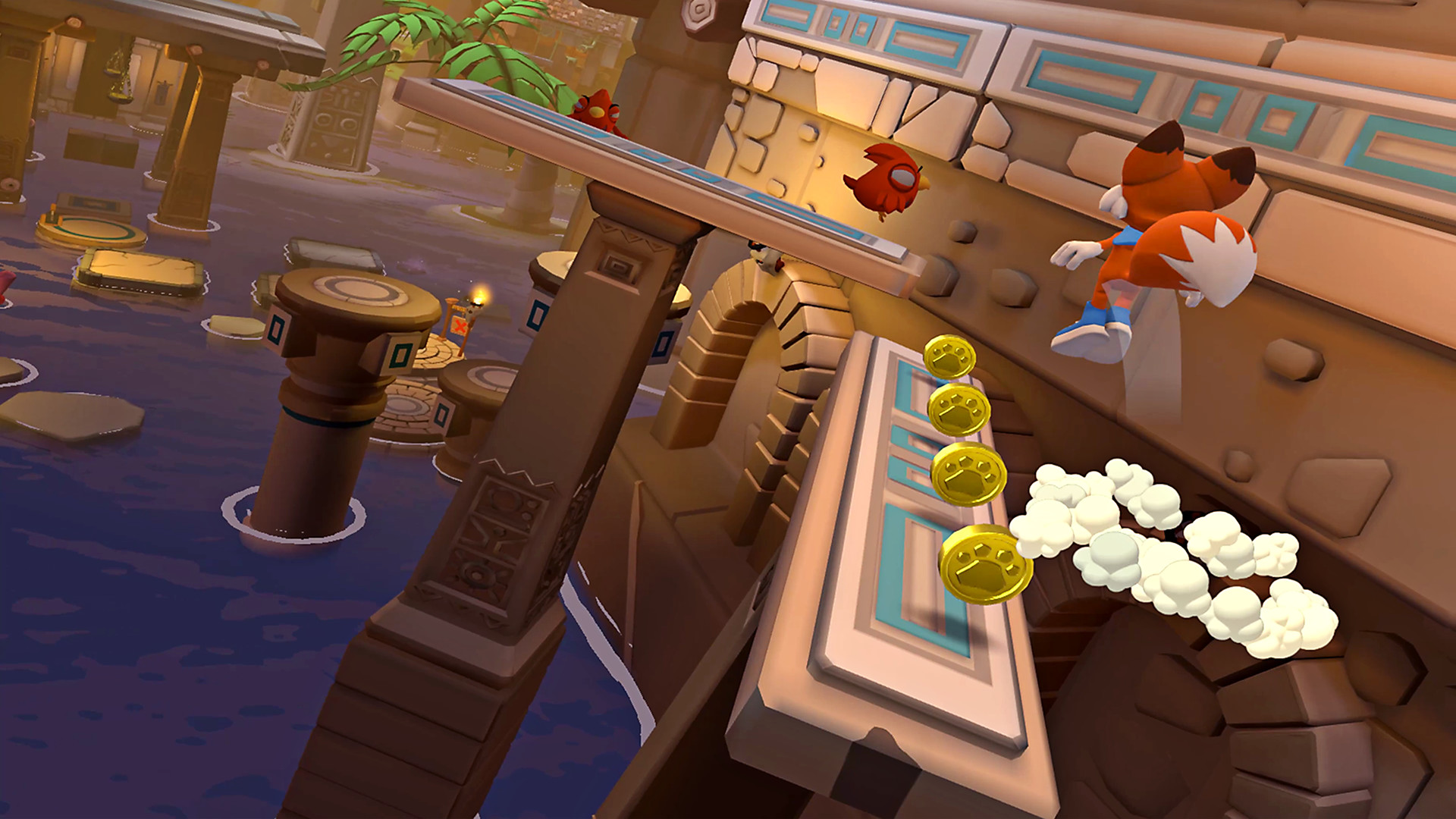 Lucky’s Tale (2016), the plucky little 3D platformer that launched on Rift back in 2016, has finally made its way to PlayStation VR.

It’s been a long road for Lucky’s Tale. After being remastered for Quest 2 in November 2021, and SteamVR headsets a month later, it’s finally come to PSVR.

Playful today released Lucky’s Tale on PSVR, priced at $20. The game only supports DualShock 4 controllers, as it combines traditional platforming with a more immersive view of the world (re: no PS Move). The game’s store page (linked above) also shows it’s been enhanced for PS4 Pro.

To learn more about its history and launch on Quest 2 late last year, continue on to the article below:

Playful today announced during the Upload VR showcase that Lucky’s Tale is finally leaving Oculus exclusivity as it makes its way to PSVR and SteamVR headsets, releasing on the PlayStation Store, Steam and Viveport sometime “soon”.

The studio also threw out a new trailer to show off some of the game’s updated visuals. The original article announcing Quest 2 availability follows below.

Original Article (November 18th, 2021): Playful Studios (formerly Playful Corp) developed the original Lucky’s Tale for Rift, pitching it not only as a launch title for the early consumer VR headset, but making it available as a free, in-the-box addition for all new Rift owners at the time.

Now Quest 2 users can hop around the bright and colorful world as series protagonist Lucky Swiftail, a young fox on a quest to save his best friend Piggy from a tentacular monster named Glorp.

It launches on the Oculus Store for $20 today, coming exclusively to Quest 2 (re: not original Oculus Quest). It hasn’t been confirmed whether Lucky’s Tale is a cross-buy title with Rift, however we’ll update this article once we know.

Playful says Lucky’s Tale has been remastered for Quest 2, bringing updated lighting, rendering, and remixed audio to the game. It’s also refined character movement, and imported the updated character model seen in New Super Lucky’s Tale (2020), the game’s non-VR sequel which is still only available for flatscreen consoles and PC.

Lucky’s Tale is a fun little game which serves up a few hours of pretty standard platforming fare, albeit in an immersive 3D world that sort of drags yours point of view behind the titular Lucky as you move through different worlds and encounter the evil Glorp at every turn. It’s one of those ‘fun for everyone’ games that basically everyone can enjoy.

Lucky’s Tale was developed around a limitation that sounds positively ancient; it was first meant to be played with the Xbox controller, which was Rift’s only input method for the first few months after launch—a few months before Touch was even a thing. Granted, Touch controllers have all the same buttons as an Xbox gamepad, although it goes to show just how much VR games have changed in the past few years in terms of direct user interaction and immersion.