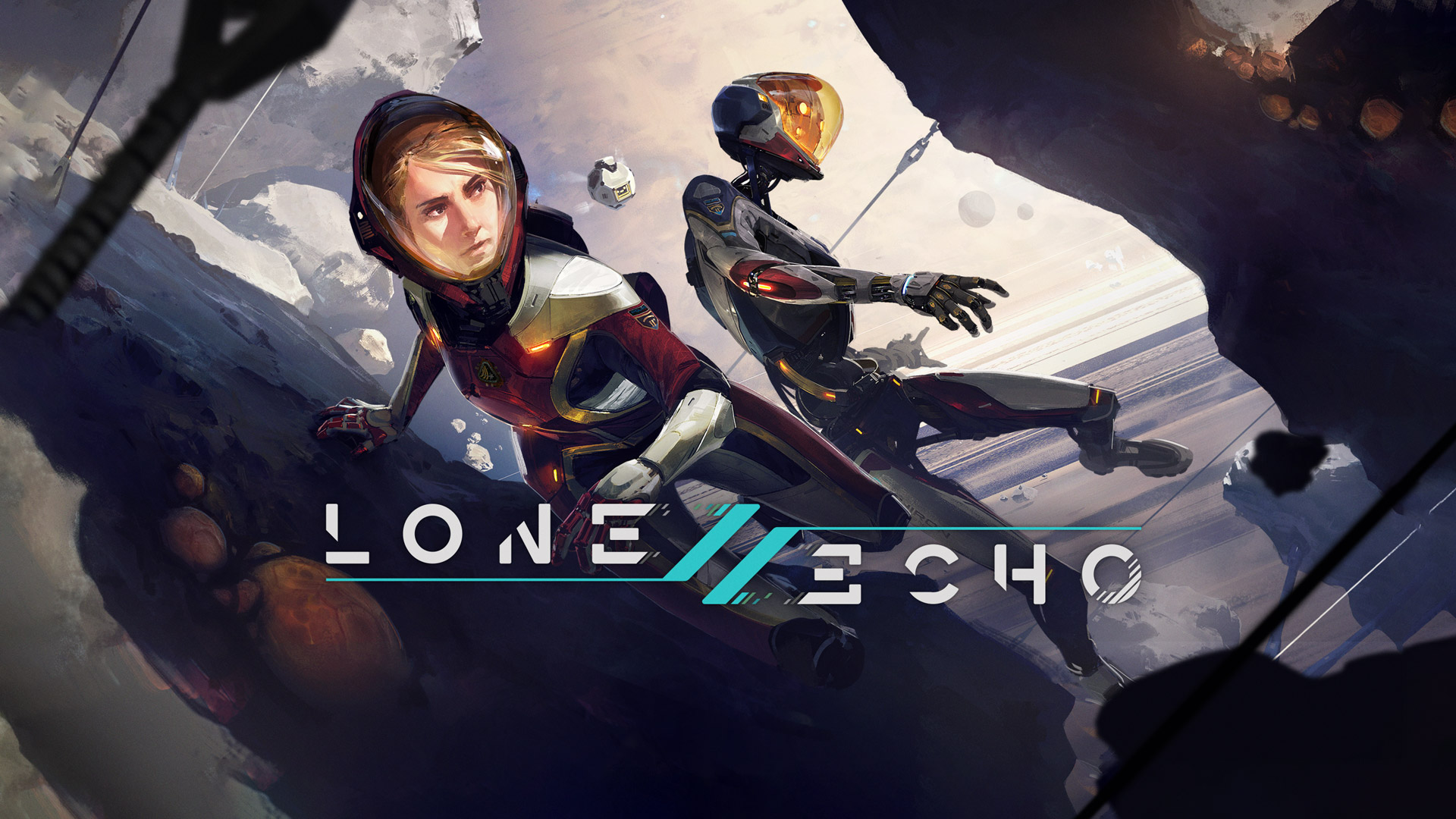 After a nearly two-year delay, Lone Echo II is finally here to bring us full circle on Jack & Liv’s story. Was it worth the wait? Read on to find out.

Let’s get this out of the way right up front: Lone Echo II picks up almost immediately after the original game, and has a plot that’s heavily reliant on prior knowledge. If you have any interest in playing Lone Echo II, you should really play Lone Echo first.

Now that that’s clear… Lone Echo II returns players to familiar gameplay and game structure. While on its surface one might think to classify the game as an action-adventure or adventure-puzzler, it’s actually closer to an adventure-exploration game, as it never manages to deliver much tension, action, nor puzzle intrigue.

Lone Echo II is a very slowly paced game, sometimes to a fault. While it’s nice that we get to meet some new characters this time around, this leads to extended dialogue sequences where you’re just kind of sitting around listening to people have slow conversations. Had there been more intrigue in the plot or growth of the characters, this might have been just fine, but in the absence of those things it can be a bit tiresome.

The game returns quickly to the gameplay established by its predecessor—which involves running around causally completing various objectives—and manages to deliver a similar (and sometimes magical) feeling of actually floating in and around a space station orbiting Saturn.

Just like the first game, eventually you’ll be let loose outside of a space station to explore and search out some optional quests or pursue the main objectives. This time around the area you can explore feels even more expansive, and the optional quests have a bit more pay-off as they can bring you some upgrades to your suit’s systems (though these don’t feel essential in any way to completing the main plot).

Without spoiling anything, you’ll look through various perspectives throughout the game, thanks to the hardware-agnostic nature of Jack’s android memory. Initially the game looks like it’s using this opportunity to offer more action (eventually you actually wield a real weapon), but unfortunately it winds up functioning much more like a tool than anything else, offering up little that could be called “combat.”

In Lone Echo II the environment continues to be your biggest threat and the source of the game’s conflict. There’s a single new enemy you’ll run into—the floating “tick” biomass forms which are basketball-sized creatures that will attach to you and drain your health if you get to close—but while they’re fun to watch as they float around and squish against walls, they don’t amount to particularly interesting enemies. This is mainly because they aren’t intelligent (to be fair, they aren’t supposed to be), which renders them more like dynamic environmental threats than anything truly challenging.

And that brings me to a bit of a gripe with Lone Echo II:  there isn’t much of a gameplay arc. While many games teach players new skills and then puts those skills to the test through challenging situations, Lone Echo II just never asks that much of you, and subsequently doesn’t ever manage to raise the level of tension. There’s rarely any consequence for dying, the puzzles are never challenging enough to give you a “eureka!” moment, and the game’s single enemy feels more like a nuisance than a threat.

For the most part you’re leisurely going about your business in space, which can admittedly be fun thanks to a strong sense of immersion, but we already got a good dose of that in the first Lone Echo; the sequel was the prime opportunity to evolve that gameplay into something more, not just more of the same.

Lone Echo II could have been forgiven for its leisurely pace if it had a great story and characters to lean into, but those aspects feel only so-so. Though the characters are beautifully rendered and well voice-acted, the plot—like the gameplay—has a fairly flat arc that ends with an anti-climactic and slightly puzzling ending. The choice to hide a key scene behind the credits also seems odd, as I’m sure some players will take the headset off before seeing the full ending.

All in all, Lone Echo II took me about nine hours to complete, though it would have probably taken me a few more had I opted to track down all of the optional quests. Of those optional quests that I did do, I found them generally enjoyable and felt like they added to the game’s sense of freedom and discovery. Once you get out into open space it feels like there’s always something new to look at or explore.

Immersion is truly where Lone Echo II shines. While the gameplay and story arcs might not provide a strong sense of momentum, the game—more than almost any other—makes you feel like you’re really out there, floating around in that world.

At least in the free-roaming parts of the game, the feeling of being able to simply fly to any part of the map to explore whatever interests you at the moment brings a sense of freedom that few VR games manage to achieve. Yes, it sometimes feels like you’re doing chores, but hey, if you could fold your laundry while feeling like you’re on a space station orbiting Saturn, wouldn’t you jump at the opportunity?

The sense of immersion is aided heavily by the game’s rich interactions and immersive locomotion. It’s the same zero-G movement as the first game, where you can grab onto the environment and push off of it to send yourself hurtling from one place to another. Assisted by micro-thrusters on your wrists for fine-adjustments and a bigger booster on your back for building up speed, the feeling of reaching out and grabbing the environment so frequently—or, in cases of the biomass threat, carefully not touching the environment—really makes the walls, handles, and levers feel solid around you.

There’s also still something magical about seeing objects float around the zero-G environment, especially when just about every single one is physically interactive. Sometimes its fun just to grab a floating piece of debris on your way by, give it a little shove, and watch it cruise silently into the void of space. And more practically speaking, being able to reorient objects in your hand by giving them a little twist, letting them spin in place, then grabbing them again, feels entirely natural.

Lone Echo II is beautifully art directed. It feels like there’s almost no deviation in style or graphical detail from the first game which, on one hand, is great because the first was extremely detailed, but on the other hand, it would have been nice to see some new graphical flourishes given the four years that have elapsed from the original.

Even without improved graphics, it would have been great to see more significant optimizations to the game so that most everyone could enjoy it at its best presentation.

Oculus recommends a GeForce GTX 1080 GPU and an Intel i7-6000 CPU, or higher. Unfortunately the game struggled a bit at times on an RTX 2080 Ti and an i7-6700K at Medium settings and 2x MSAA. Worth noting: I was playing the game on Quest 2 via Oculus Link, which means it was rendering at much higher resolution than if I had been using Rift S, plus Oculus Link uses some extra resources to work.

Do yourself a favor when starting Lone Echo II: disable Temporal AA, then find the highest setting that will still run the game at 4x or 2x MSAA. The game unfortunately suffers a lot from aliasing, but the Temporal AA solution adds a significant blur. Using 4x or 2x MSAA will show more jaggies but everything will be much sharper.

Lone Echo II also seems to expect SSD speeds, as I saw fairly regular popping of some large textures during my HDD-installed playthrough. Luckily its very reasonable 21GB size should be easy enough for most people to find room for on their fastest drives, even if only until they’ve completed the game.

I found Lone Echo II’s zero-G hands-on locomotion to be fairly comfortable, though if I played for more than an hour or so I could start to feel some faint discomfort which would prompt me to take a break.

Even though it’s fairly comfortable and intuitive, Lone Echo II only supports smooth locomotion and has minimal adjustments for comfort. Snap turn or smooth turn are really the only choice you can make—there’s no blinders or other forms of comfort compensation, so it’s up to you to be careful about how you move if you want to stay comfortable.

You can easily make the game more or less comfortable depending upon how careful you are with your movement; avoid shaking yourself around violently or flying face-first into walls and you’ll be much better off. You can find a full list of the game’s comfort settings further below.

While there was some risk that Quest 2’s inside-out tracking would prove problematic with Lone Echo II‘s hands-on locomotion—due to the controllers sometimes getting lost out of sight—found this to be extremely rare during my time with the game. I think that’s because it’s fairly rare to grab anything behind you, which leaves your hands generally visible by the headset’s cameras.

The only issue I found with the controllers was that pressing the button on the side of my helmet to turn on my light was a hit-or-miss affair which usually took a few tries.