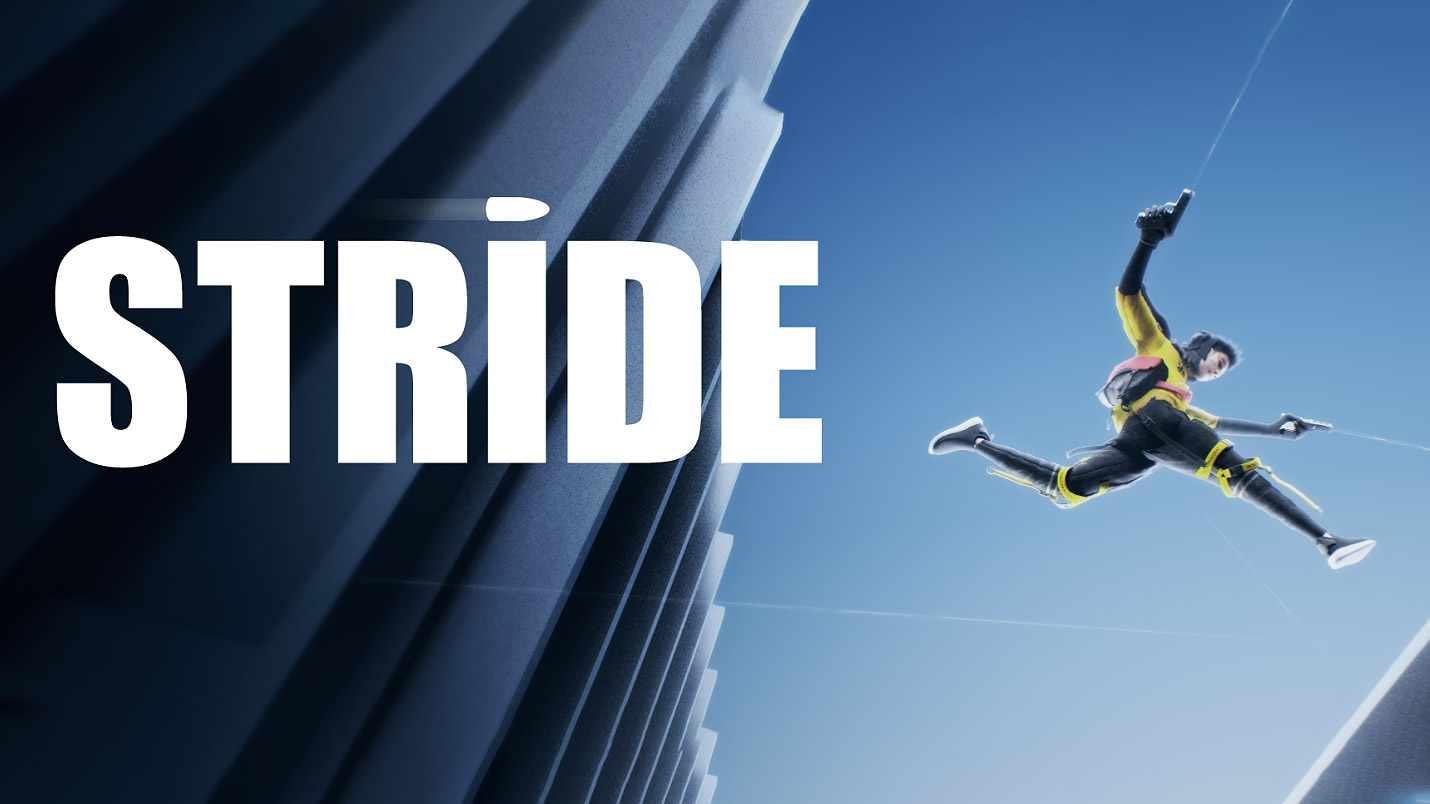 After a few delays, the high-flying parkour madness of STRIDE (2021) is finally making its way to PSVR today.

Created by Joy Way, the studio known for VR games OUTLIER and AGAINST, Stride is all about jumping and shooting your way through increasingly difficult environments.

It does this by combining some particularly clever locomotion methods with the sort of run-and-gun action you’ve probably seen in a John Wick film—or maybe Mirror’s Edge.

Playing with PS Move, user get up to running speeds by pumping both arms back and forth, almost as if you were drumming or running in place. To jump, you depress a button and release it while making an upward thrust with your controller. Together, it makes for a surpassingly comfortable and fast-paced way of getting around.

Having previously launched on PC VR and Meta Quest headsets last year, the PSVR release suffered several delays which pushed it from an “early 2021” release window until today.

We haven’t gone hands-on with the PSVR version yet—so we can’t tell whether it’s worth the wait or not—however when we reviewed Stride on Quest back in mid-2021 we gave it a very solid [7/10].

Stride’s single-player modes make for some great arcade-style fun, offering just enough reason to come back for more shooting action on both the game’s rooftop environment and procedurally-generated endless mode.

Since then, the studio has included multiplayer modes among a number of tweaks that have really filled out the game. Unfortunately it doesn’t seem multiplayer is coming at launch on PSVR though. You can check it out on the PlayStation Store here.

When asked whether Stride would also eventually come to PSVR 2 however, Joy Way responded this: