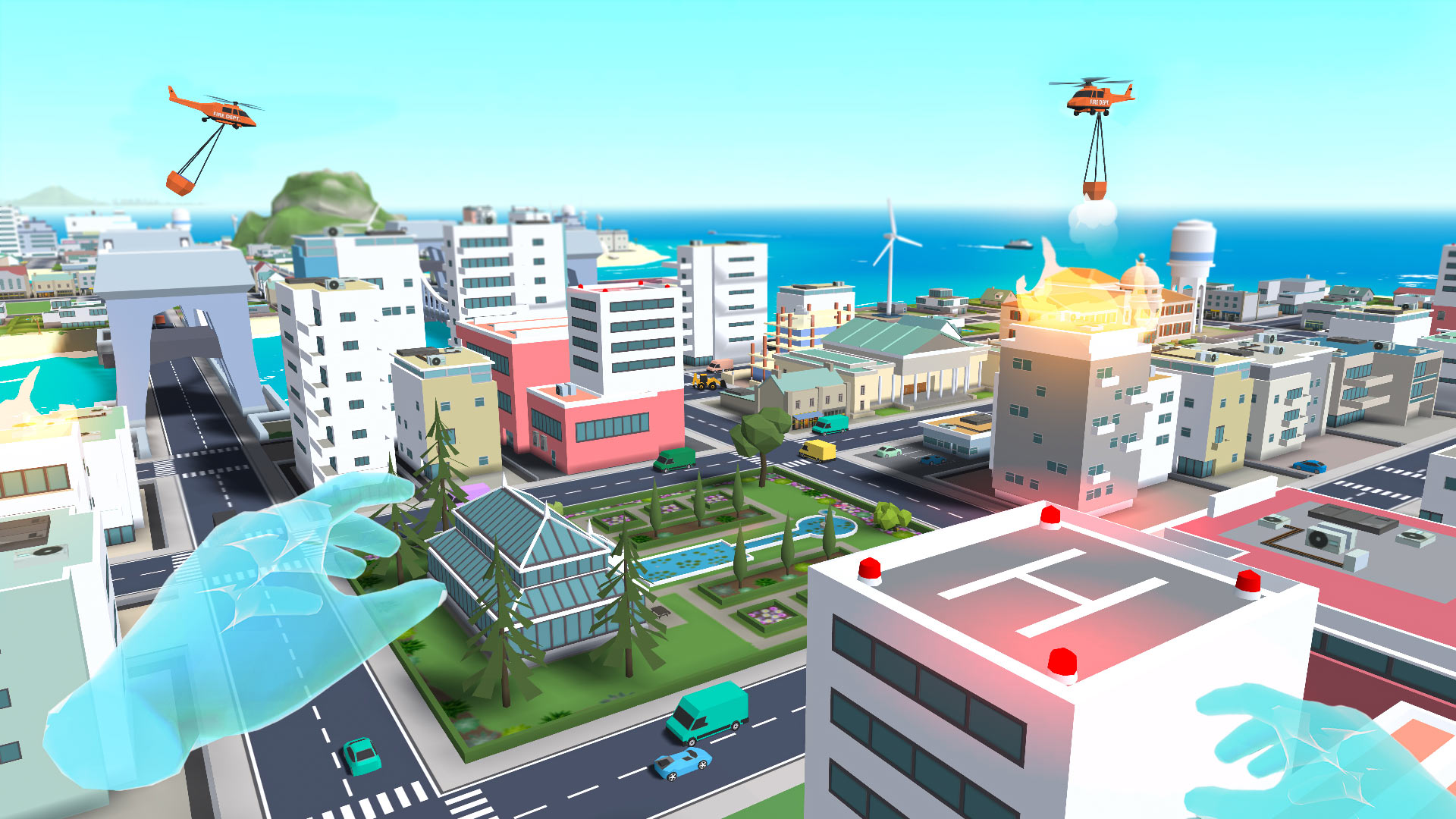 Little Cities, the upcoming city simulator for the Quest platform, is delayed until May 12th. Despite a pushback on launch plans, the team has released a 10-minute gameplay video and post-launch roadmap to get prospective city-builders excited.

Little Cities is fundamentally ready to ship, although release has been a bit of a sticky wicket. Late April was set to the be the month of dueling VR city games, with Little Cities previously scheduled to come out just one week before Cities: VR, the official VR adaptation of Cities: Skylines. That’s until the team decided to take some breathing room and not launch within a week of one arguably its biggest rival.

In the meantime, the team released a post-launch roadmap today that details two future updates: a hand-tracking update in June that will let you ditch the controllers and go hands-on with building, called ‘Big Hands in Little Cities’, and an update in July called ‘Pretty Little Cities’ which will include a new range of buildings and cosmetic items. The team also promises “so much more to come” after those updates.

Created by indie team Purple Yonder and published by VR veterans nDreams, Little Cities is more of a casual city-building experience which abstracts away some of the more fiddly bits of the genre, like having to independently lay down powerlines, watermains, control the flow of traffic. plan bus routes, etc.

You can take a look at the action below, something we also describe in our hands-on from earlier in the month.