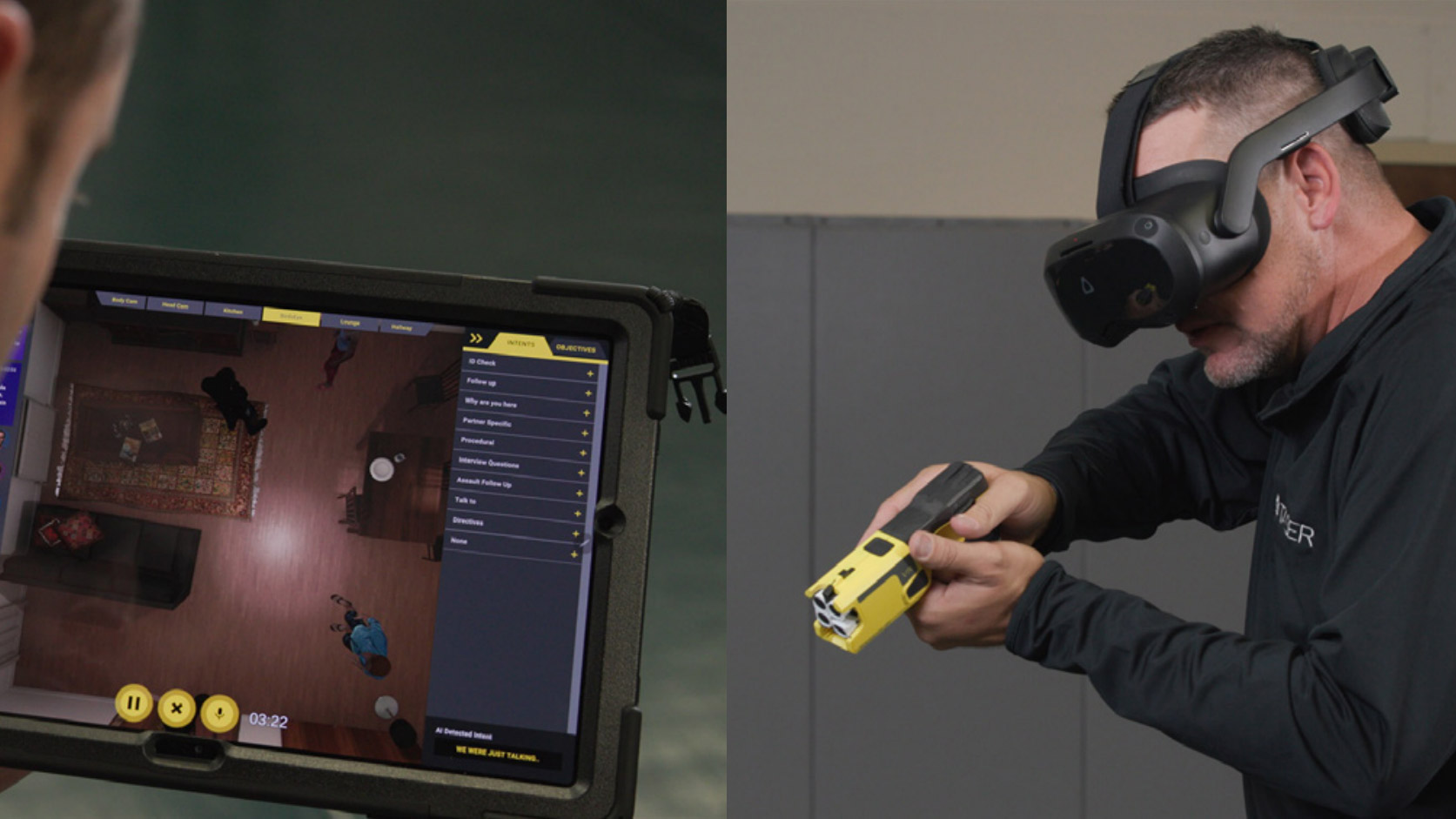 Axon, the company best known for its Taser stun guns, has announced the acquisition of VR studio Foundry 45 which it says will bolster its VR training offerings.

Founded in 1993, Axon is the company behind the well known Taser stun guns which are employed by police and military forces around the world. In modern times the company has also focused on body cams and software for administration and management of public safety organizations. This month Axon announced the acquisition of the VR studio Foundry 45.

Formed in 2015, Foundry 45 has focused on combining VR with training and marketing. The company says it has built VR experiences for the likes of Delta Air Lines, The Weather Channel, AT&T, and others.

Axon, which has previously offered VR training, says the Foundry 45 team will merge with the existing Axon VR team to bolster the company’s ability to offer VR-based training solutions.

“Virtual reality is rapidly becoming a game-changing training tool across many industries, and the acquisition of Foundry 45 will help accelerate Axon to deliver innovative skills- and scenario-based training in public safety, and will catalyze Axon’s expansion into new growth markets globally,” the company said in its announcement of the acquisition.

The acquisition appears to have been an all-stock deal, with Axon saying that 29,507 restricted stock units (valued around $3.87 million) were “granted to two individuals in connection with the acquisition,” with a vesting schedule of three years. Axon says the deal also includes up to an additional 15,249 restricted stock units (valued around $2 million) if the company’s VR unit achieves certain performance-based goals.

Axon—which calls its stun guns “non-lethal”—understandably has a vested interest in making sure the users of its Taser products are well trained. Not just for the safety of users and targets but also for liability and the company’s image, which hinges on claims that its weapons result in no serious injury in the vast majority of cases where they are deployed.

One unfortunate incident that recently brought the Taser into the public eye was the 2021 killing of Daunte Wright in Minnesota, in which an officer claimed to have accidentally pulled out and fired her firearm instead of her Taser.

And that isn’t the only time that mistaking a gun for a Taser. According to the Star Tribune there have been at least 16 cases in the US where officers mistook the two weapons, four of which resulted in deaths.

The promise of VR training is not only that it can feel more real—which has studied benefits to lasting recall—but also that it can be cheaper and easier for public safety organizations to deploy, allowing for more training time with a broader range of scenarios and less overhead.

Whether or not VR training could have helped avert the tragic situations mentioned above isn’t clear, but one can surely hope.