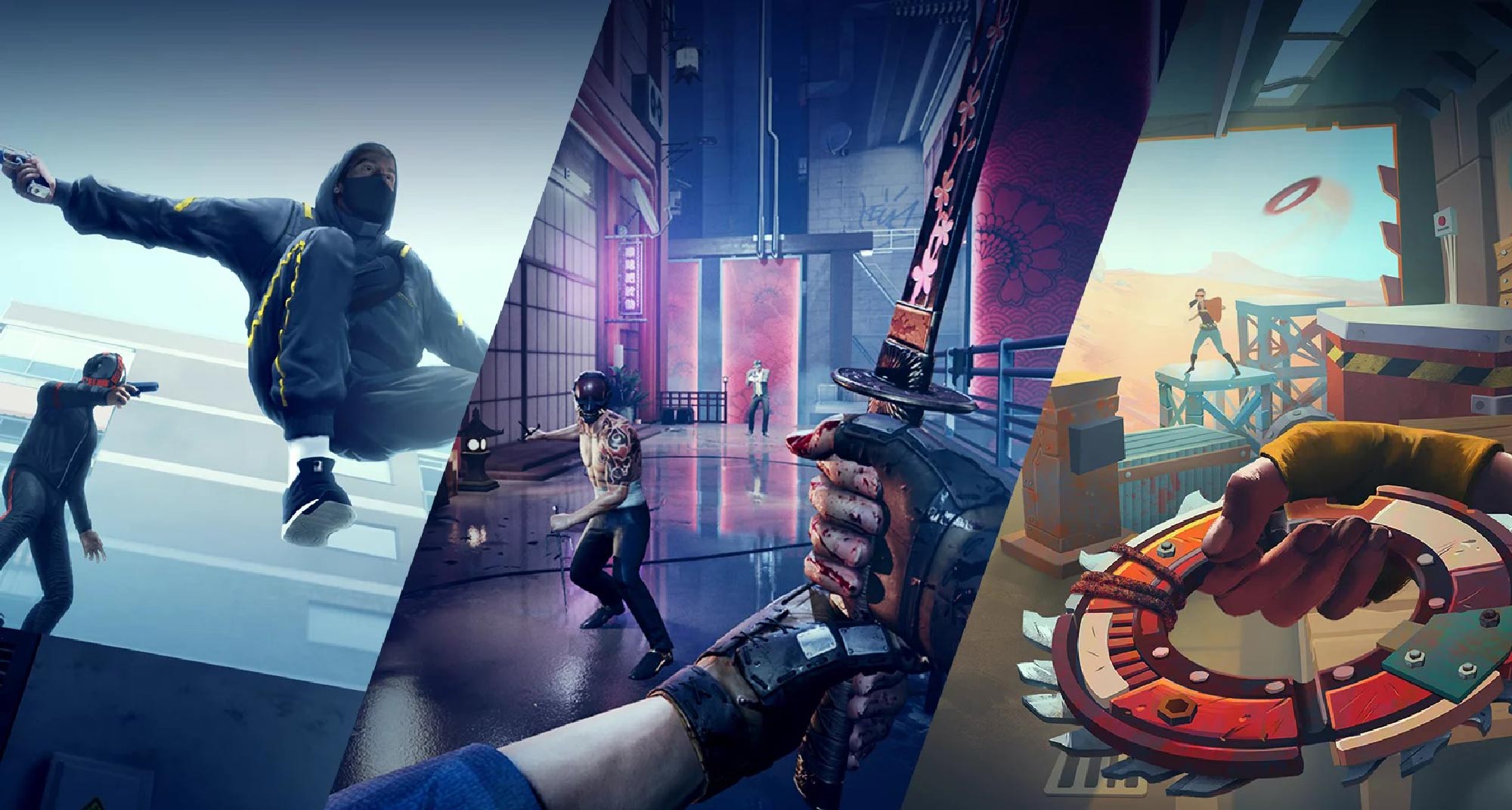 Joy Way, the studio behind Stride and Against, announced it has two new VR games in the works that both appear to make good use of its fast-paced locomotion systems. The studio also announced we’re very close to finally getting a story mode to Stride, called Fates, which is coming to the game this month.

The studio unveiled the games, titled Red Flowers and Stack, during the UploadVR Winter Showcase yesterday, showing off some very slick gameplay.

Both are currently available as a demo on Quest so you can get a taste of what’s to come. Check out the trailers below:

Description: Red Flowers is a lightning-fast action VR platformer in which the enemy always outnumbers you, and the cost of a mistake is death. Slice your way through a utopian city, shredding heavily armed opponents with a deadly katana in a stylish super-fast manner. Hone your skills with each kill and overcome any obstacles on the way to your goal – eradicate the scourge.

Description:  STACK is a VR multiplayer game about dashing through post-apocalyptic environments and timing disc bounces to eliminate your opponents. Play duels or team up and score big to win! STACK will please anyone who loves fast-paced sports action.

Stride Fates is nearly here, with the reveal trailer above announcing it will arrive on Quest and SteamVR headsets on December 15th. The story mode appears to be fully-voiced, including what feels like some very GTA-inspired lines from the game’s formerly helmet-clad baddies.

Joy Way says Fates will feature new parkour mechanics, new physics, and will tell a story from the life of a chaser in a linear hour-long campaign. It’s set to be a free update, which will also bring what the studio calls “important multiplayer fixes and enhancements, such as full-body character models and private lobbies.”