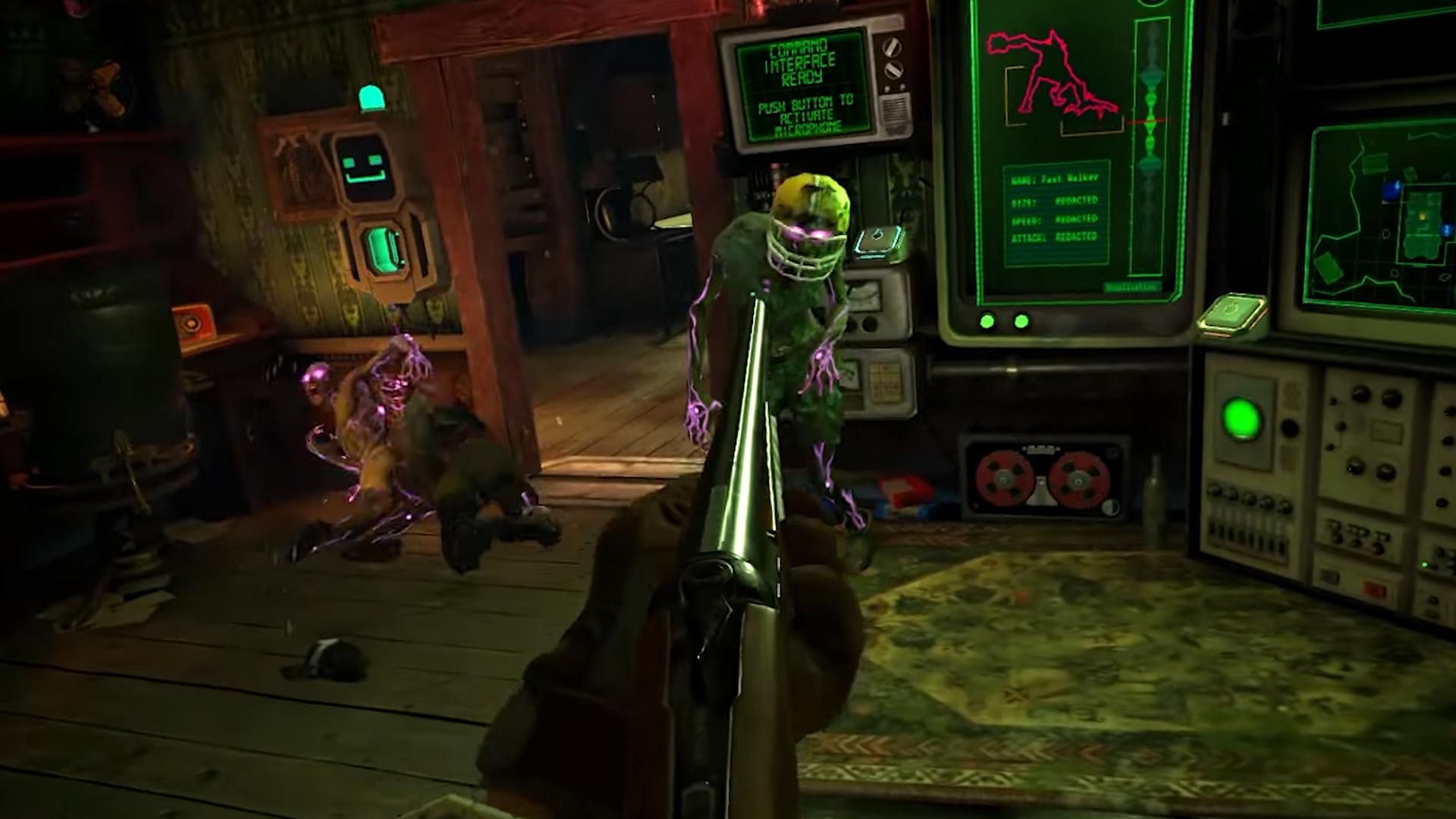 SoulAssembly announced it’s getting ready to release the long-awaited COD Zombies-inspired co-op shooter, called Drop Dead: The Cabin, which is now slated to release on Quest in February 2023.

The studio released a new developer update video during UploadVR’s Winter Showcase yesterday, showing off some of the game’s features, such as remixed pickups, different enemies, and how to survive ‘The Cabin’ by keeping lights and communications on by collecting fuel cells.

Check out the video below, which also includes a fresh look at gameplay:

The objective is not only to fend off waves of zombies, but also to keep the fuel flowing as you await extraction. With plenty of chaos at hand, it looks like you’ll need a friend with good aim by your side as Drop Dead’s cast of different zomboids rip down your defenses and lurch into the confines of the house.

While Drop Dead: The Cabin is set to launch on Quest sometime in February 2023, the studio actively hosting closed beta testing, which is accessible by joining the game’s Discord (invite link). It appears the current round of closed beta testing is already full, which notably requires users to sign a non-disclosure agreement (NDA) to participate.

Another round is expected to open sometime in January however, so make sure to keep your eyes peeled on the Discord channel for more info.