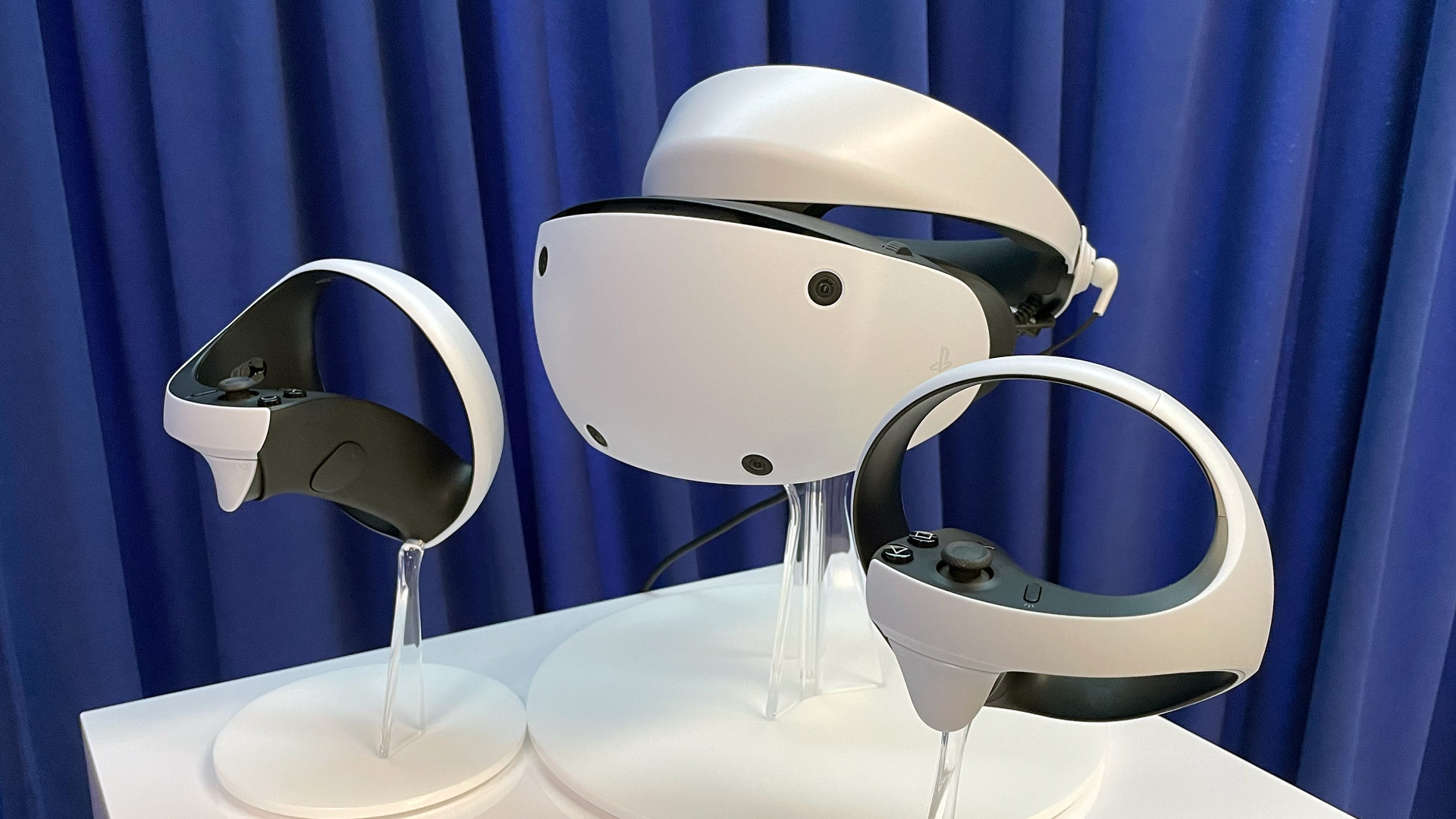 Sony still hasn’t tossed out a launch day lineup for PSVR 2, although we’re starting to get a good idea of what the next-gen VR headset might have in store when it releases sometime in early 2023.

Here’s a look at what we hope will be a quickly growing list of all games announced for PSVR 2 thus far. Also, don’t forget to check out our detailed hands-on with PSVR 2 hardware to see what sets it apart from the original.

Horizon Call of the Mountain

Horizon Call of the Mountain isn’t a log flume ride or hollow VR “experience” like the trailer might suggest. Nay, developed by Sony’s first-party Guerrilla Games and Firesprite Studios, the first VR take on the Horizon universe is going to be an honest to goodness story campaign the devs say will take around seven hours to complete, along with some “additional content” included in the game.

Check out our hands-on here.

Star Wars: Tales from the Galaxy’s Edge is an action-adventure experience where you’ll take on the role of a droid repair technician operating near the Outer Rim. First introduced on Meta Quest in 2020, this will be the first time this run-and-gun, Star Wars-flavored adventure will be available outside of the Meta ecosystem.

Check out our spoiler-free review here

Alvo started out in the world as basically CS:GO, but in VR. With a ton of game modes to change things up now though it’s done quite well on Quest 2 and PSVR for PS4 and PS5. Now indie devs Mardonpool say they’re making a version for PSVR 2 too, which we’re hoping will see a significant bump in visual polish.

The retro-futuristic cyberpunk single-player game may still be in early access, however indie developer Blair Renaud (aka ‘Anticleric’) said early this year that Low-Fi was indeed headed to PSVR 2 and PC VR headsets. Renaud calls it “[m]ore akin to a holodeck program than a traditional game,” which is thanks to its large open world and non-linear style gameplay. If you have a PC VR headset, you can actually jump into the game now for $35.

Samurai Slaughter House is an upcoming VR hack-n-slash adventure with an open world and lite RPG features, slated to arrive on PC VR, Quest 2 and now PSVR 2 too. Developer Tab Games sets the scene: Your soul is trapped on a mythical mountain and the only way to escape is to fight your way to the top of a massive castle built. Free your soul by banishing demons back to the NetherRealm from whence they came.

Created by VR veteran Resolution Games, Demeo is a VR take on a tabletop RPG dungeon crawler. It has fared remarkably well on Quest 2 and PC VR headsets since release in 2023, which is in part thanks to its basement-themed, D&D-style action that lets you unite with friends for a tactical gaming night from afar.

Check out our review here

The redemption story continues, as Hello Games vows to bring its space exploration simulator to PSVR 2, including all of the successive patches and DLC drops that took it from procedurally generated empty shell to a universe truly brimming with possibilities.

This is a full-fat sequel to VR’s most popular games as of late, The Walking Dead: Saints and Sinners. Like the first in the series, you’ll scrounge around a post-apocalyptic New Orleans that’s not only brimming with the undead, but also rival gangs that you can choose to join or battle. Physics-based combat, low ammo supplies, and a very touchy stamina system means you’ll need to think long and hard before running into that crowd of walkers.

Resident Evil 4 is already available on Quest 2, although this particular version is a classic zombie shooter of another stripe. The game coming to PSVR 2 is actually the remake, so we’re getting all new everything this time around and not just uprezzed textures. We’re hoping the VR support is as good as the Quest 2 version, and decidedly better than RE7 Biohazard, which wasn’t bad, but it is showing its age since it was released in 2017.

It’s not clear how much “new” content we’re getting right out of the bat with Firesprite’s next Firewall game, which like the original promises tactical squad-based shooting action across a host of maps, although Firewall Ultra is decidedly the future of the franchise. We can expect to see legacy maps, characters and weapons, but also updates for more of everything down the line.

It’s Among Us, but in VR! Yeah, it’s coming to everything, but that everything also includes PSVR 2 now too apparently. As a party game, you’ll be happy to know VR vets Schell Games are making it cross-platform, so you can play with users on Meta Quest 2, PlayStation VR, or PC VR headsets.

Developed by VR veterans nDreams, Ghostbusters VR is set to bring Quest 2 and PSVR 2 owners co-op multiplayer mysteries that will let you track, blast, and trap ghosts in gripping encounters by wielding iconic equipment. You can of course play solo, but it promises to be more fun when you and three other friends take on what bumps in the night.

This is one we’ve been waiting on for a long time. Cyan announced its next VR adventure Firmament way back in 2018—before Quest 2 and PSVR 2 were even a glimmer in a billionaire’s eye. More recently known for VR games Obduction (2017) and the VR adaptation of Myst, Cyan has been posting regular updates though on the game’s million-dollar Kickstarter, and we can’t wait to see what promises to be a feast for the eyes working on modern headsets.

Requisition VR is a four-player online co-op survival game, set in an apocalyptic world. It’s set to land on PC VR headsets in early access in September, which ought to give it a good while to cook there before coming to PSVR 2. There is some challenging object interaction stuff we’d like to see in practice, although you can’t help but salivate over a game that’s deep enough to let you tie knives to chair legs and stab zombies.

Note: All games below have been confirmed to support PSVR 2. We’ll be updating this list as we move closer to launch in early 2023.

Did we miss any? Let us know in the comments below so we can include it in our list!