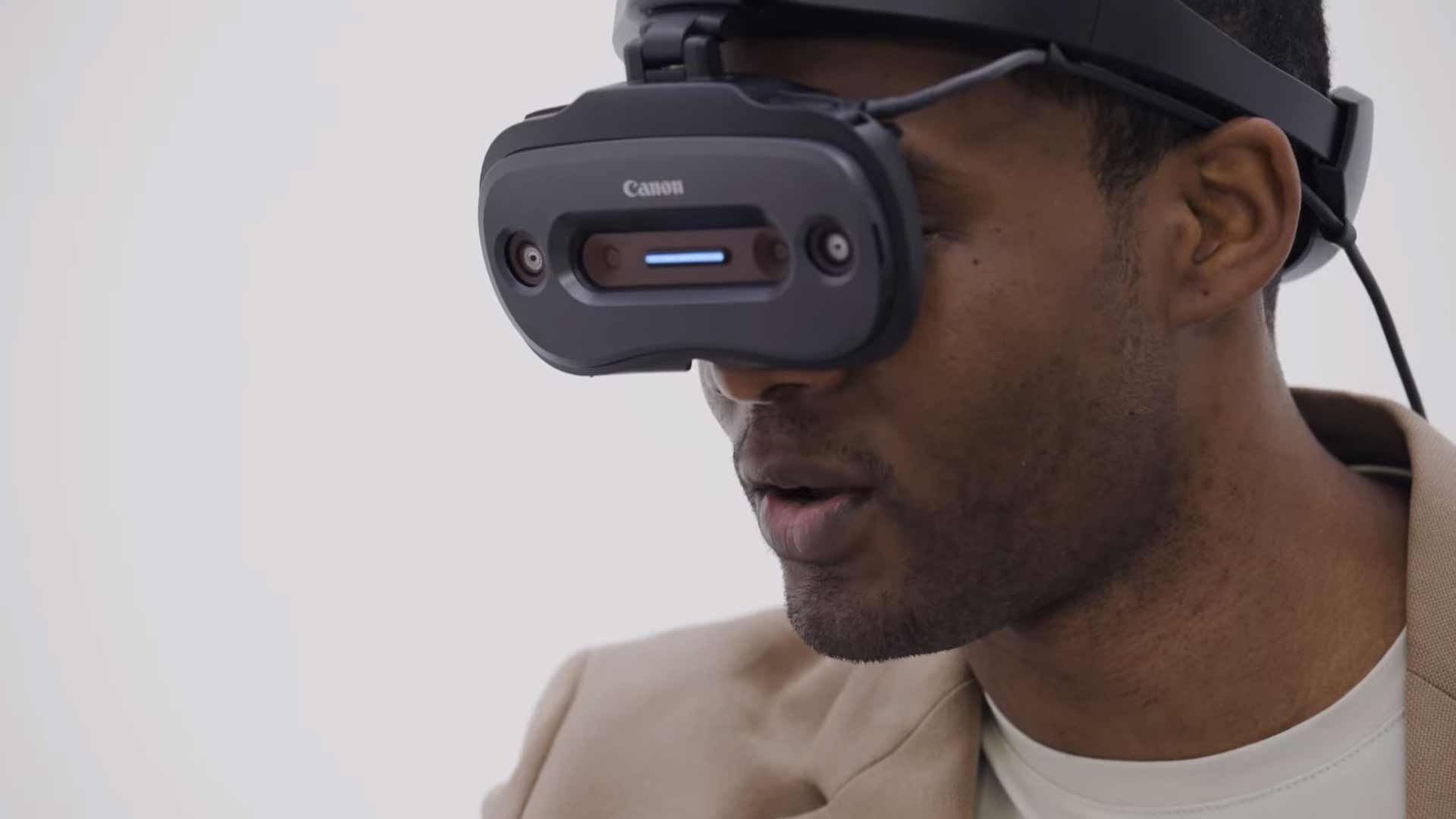 Canon announced its next enterprise XR headset, MREAL X1. The device, which offers passthrough AR, appears to be a modestly upgraded version of the company’s 2021 model, MREAL S1, as it boasts a field of view (FOV) that’s “2.5 times larger.”

The headset, which is detailed in an English language video (seen below), is said to make use of Canon’s proprietary display panels and optical technology, something the company says has allowed it to expand the FOV from MREAL S1’s quoted 45° × 34° to MREAL X1’s 58° × 60°.

It appears the company is also offering an optional grip-style handheld display configuration, effectively working like the one for Canon MREAL Display MD-20, which was introduced in 2020. The halo headset strap system, with front-facing adjustment knob, appears to be very similar to last year’s model as well.

“In particular, by expanding the longitudinal viewing angle, which was often requested by users, it is possible to check the entire view area without moving the head greatly,” Canon says in its Japanese language site, underlining the headset’s biggest upgrade.

Although the announcement video is dubbed in English, Canon has not made supporting information available in anything but the Japanese language, which suggests it’s again primarily targeting its domestic market like it has with other MREAL headsets in the past.

Additionally, the headset’s price is marked as “open,” which means you’ll likely need to partner with Canon Japan to get a pricing list. That said, if the steeply priced MD-20 model is any indication, it’s probably in the range of 10s of thousands of U.S. dollars.

Unlike standalone AR headsets such as HoloLens 2 or Magic Leap 2, which feature wave guide-based see-through optics, Canon’s tethered headset is a passthrough XR device, which literally passes real-world imagery through a pair of front-facing camera sensors and blends it with virtual images on a completely opaque conventional display.

If you want to learn more about different AR display methods, check out our primer on the differences between smartglasses and AR glasses.