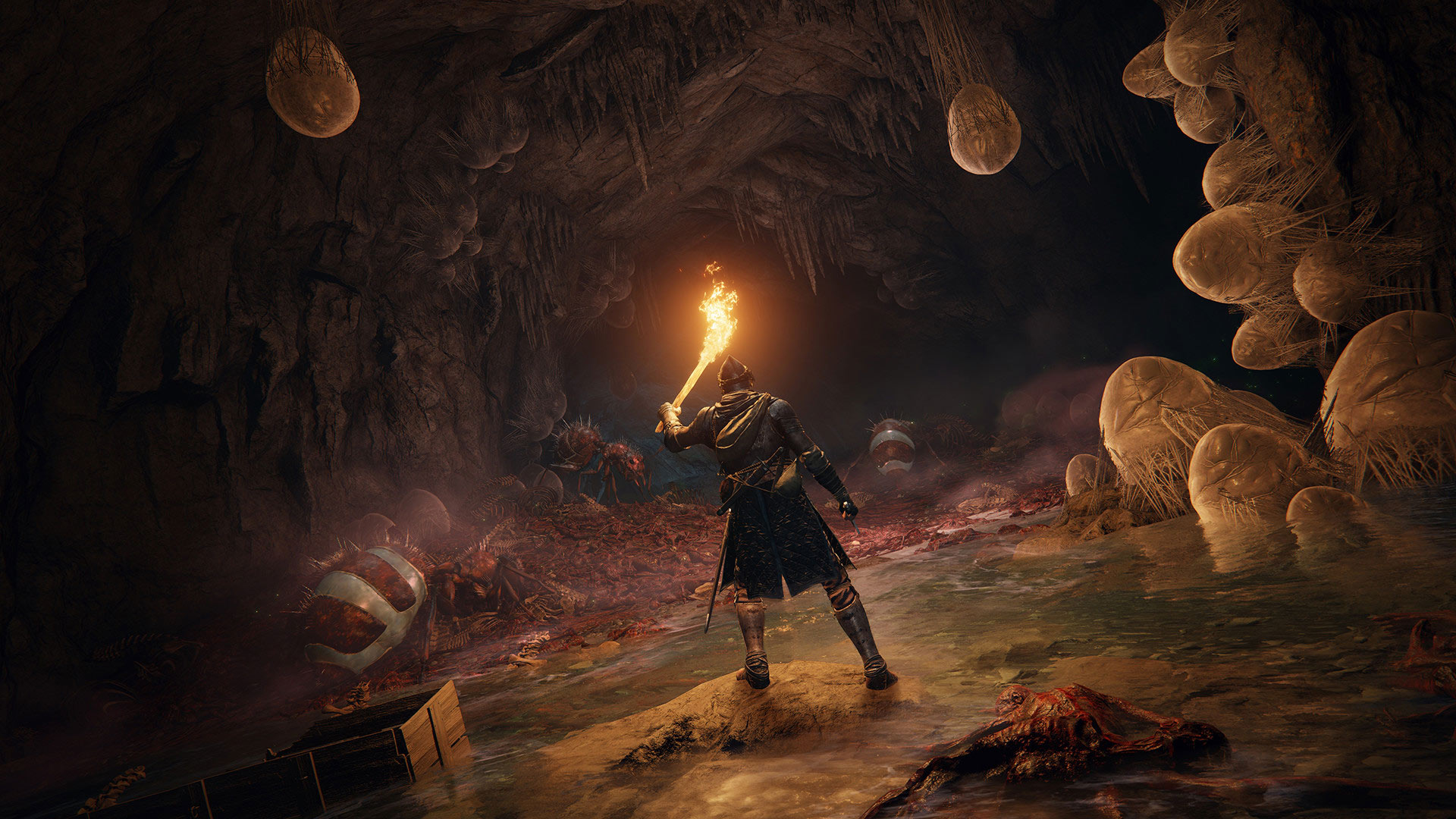 We’re about to get a chance to come face-to-face with the myriad eldritch horrors that lurk within Elden Ring (2023), as one of the most well-known names in the VR modding community, Luke Ross, announced the PC version of the game is getting unofficial VR support.

Over the past few months, Ross has worked to bring VR support to a host of non-VR games, including GTA V, Red Dead Redemption 2, and Mafia II, Horizon Zero Dawn, and Cyberpunk 2077. Now it’s time for the hit fantasy action RPG, which bids you to brandish the power of the Elden Ring and become an Elden Lord in the ominous Lands Between.

Ross dropped a preview of the Elden Ring VR mod on their YouTube channel, which shows off the immersive first-person exploration and melee-heavy combat, which for now doesn’t appear to be tracked to the player’s motion controllers. And yes: that’s the first enemy in the game.

Ross says on the REAL VR Patreon that the Elden Ring VR mod will “likely be a work-in-progress for quite some time.” The first playable version however should arrive “by the end of next week,” Ross says.

Additionally, Ross warns users should “[k]eep your VR legs in shape, because they’re really going to be put to the test.”

For the uninitiated, “VR legs” refers to the ability to handle discomfort resulting from the mismatch between visual sensory and the physical motion your body expects to feel in your inner ear. The so-called vestibular system provides a sense of balance and spatial orientation which can be thrown out of whack when VR games force you to do things like run and jump too fast, or otherwise encourage frenetic artificial movement.

Native VR games mostly side-step this with a set of clever locomotion settings, however a ground-up world-building approach is usually the key to deemphasizing offending behavior in the first place. Ross can’t do much about players being forced to ascend long and winding staircases, strafing continuously during combat, or platforming and falling to their deaths—all of which can bring on the dreaded flop sweats that typically precede full-on motion sickness.

Additionally, some of the unique scripted animations seen in the flatscreen game won’t directly translate to the VR, i.e. constantly rolling and dodging out of the way. Speaking to PC Gamer, Ross says this:

“When rolling or performing other scripted animations like the combat moves, the camera follows the character’s head (so its position changes) but it remains oriented correctly according to what your head is doing in real life. So the horizon will stay level and the world will always look stable.”

It’s unsure how this will affect general playability, but it may not matter much. Being able to go face-to-face with the world’s unspeakable monsters and marvel at the game’s highly detailed dungeons and open-world environments is definitely going to be an eye-opening experience any which way you slice it.

If you’re looking to follow Luke Ross, you can check out updates posted to their Patreon page and Twitter. There you’ll be able to signup to become a member and gain access to this and all past mods Ross has created.