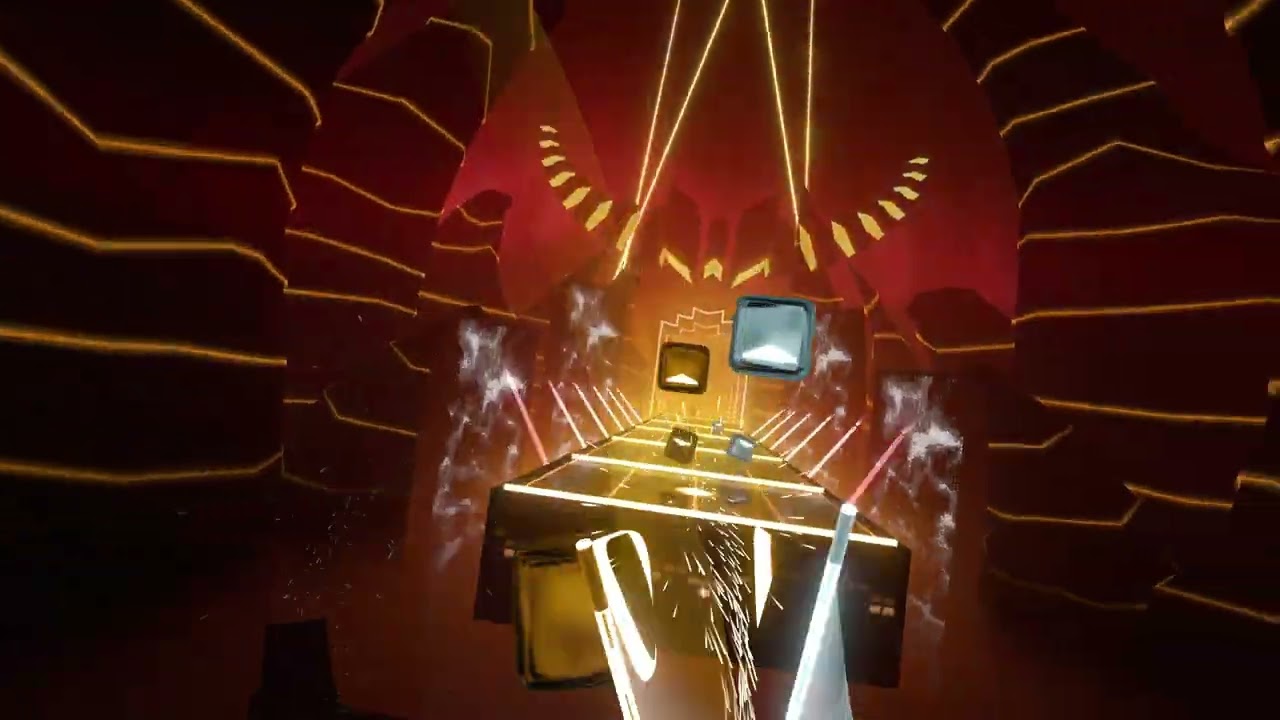 If you were waiting for Beat Saber to finally get the classic and alternative rock DLC it’s deserved since it first launched with an EDM-heavy music catalogue in 2018, the wait is over with the block-slashing rhythm game’s first Rock Mixtape.

The Rock Mixtape is now available across all supported headsets, which includes Quest 2, SteamVR headsets, and PSVR, priced at $11 for the full eight-song music pack.

The tracklist hits some of the most influential classic and alternative rock music, including:

Eye of the Tiger’s environment was designed in the style of a FitBeat-style obstacle level, which ought to get your heartrate up. Speaking of heartrates, Free Bird is now the game’s longest song at nine minutes, throwing over 3,000 notes at you for some heavy slicing action.

The Rock Mixtape follows a steady stream of high-profile music, such as packs from Lizzo, Skrillex, BTS, Green Day, Timbaland, Linkin Park, Imagine Dragons, and a host of others in the Interscope Music Pack, which features tracks from Kendrick Lamar, OneRepublic, Limp Bizkit, and Maroon 5.