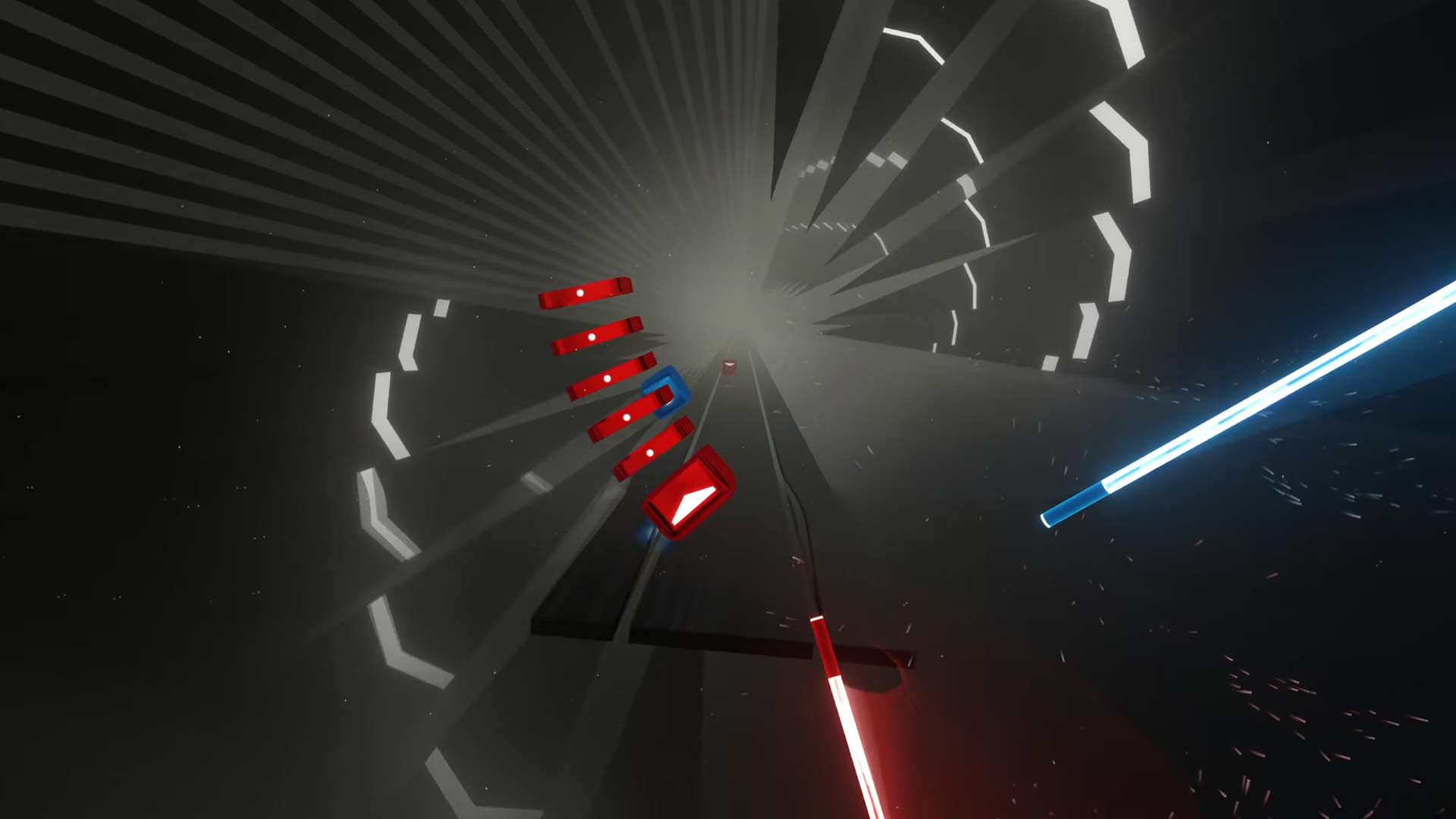 Beat Saber, VR’s favorite rhythm game, has been going strong for nearly four years now and shows no signs of slowing. Today the Meta-owned studio behind the title, Beat Games, launched its next free music pack, OST 5, which is introducing some recently teased block mechanics as well as six new songs.

You can learn more about the new block mechanics in the release trailer, as well as the original article below:

Original Article (March 1st, 2022): Beat Saber launched in Early Access back in 2018 and in short order showed its ‘killer app’ potential. Following the game’s full launch in 2019, Beat Saber has become VR’s most popular, and likely profitable, game to date. The game has been so popular that Meta bought the studio behind the game, Beat Games, later that year.

The game is not only still going strong, but looks poised to evolve.

Beyond just adding more free levels to the base game (which is priced at $30 and available on Quest, PC VR, and PSVR), OST 5 could be the moment that Beat Saber sees the introduction of new block mechanics and a new lighting system, both of which the studio has teased since the start of the year.

Back in January the studio teased two distinct new mechanics. The first is the addition of lines which players must trace with their sabers; it looks like these lines can be used by themselves or preceding blocks in order to guide the player’s saber to the blocks along a specific path. The second new mechanic is strings of mini-blocks which also encourage the player to cut along a specific path, but in this case each contribute their own beat to the song.

It would be difficult to update old songs for these new mechanics, so it seems likely that they would be introduced along with new songs, like those coming in OST 5.

OST 5 could also bring a revamped lighting system the studio has been working on, which promises to give song makers and modders more control over the visual effects that accompany each song. The studio said in mid-February that the system would be coming as “part of our next release,” though it isn’t entirely clear if this would coincide with OST 5.

We’ll have to wait and see whether OST 5 brings these new systems to Beat Saber, but what we can say almost for certain is that the new song pack will push the game’s base song count above 40 (given 37 base tracks currently in the game and an average of five songs for recent OSTs). The bulk of the game’s official music—99 additional tracks, largely from well known artists—are available as paid DLC.