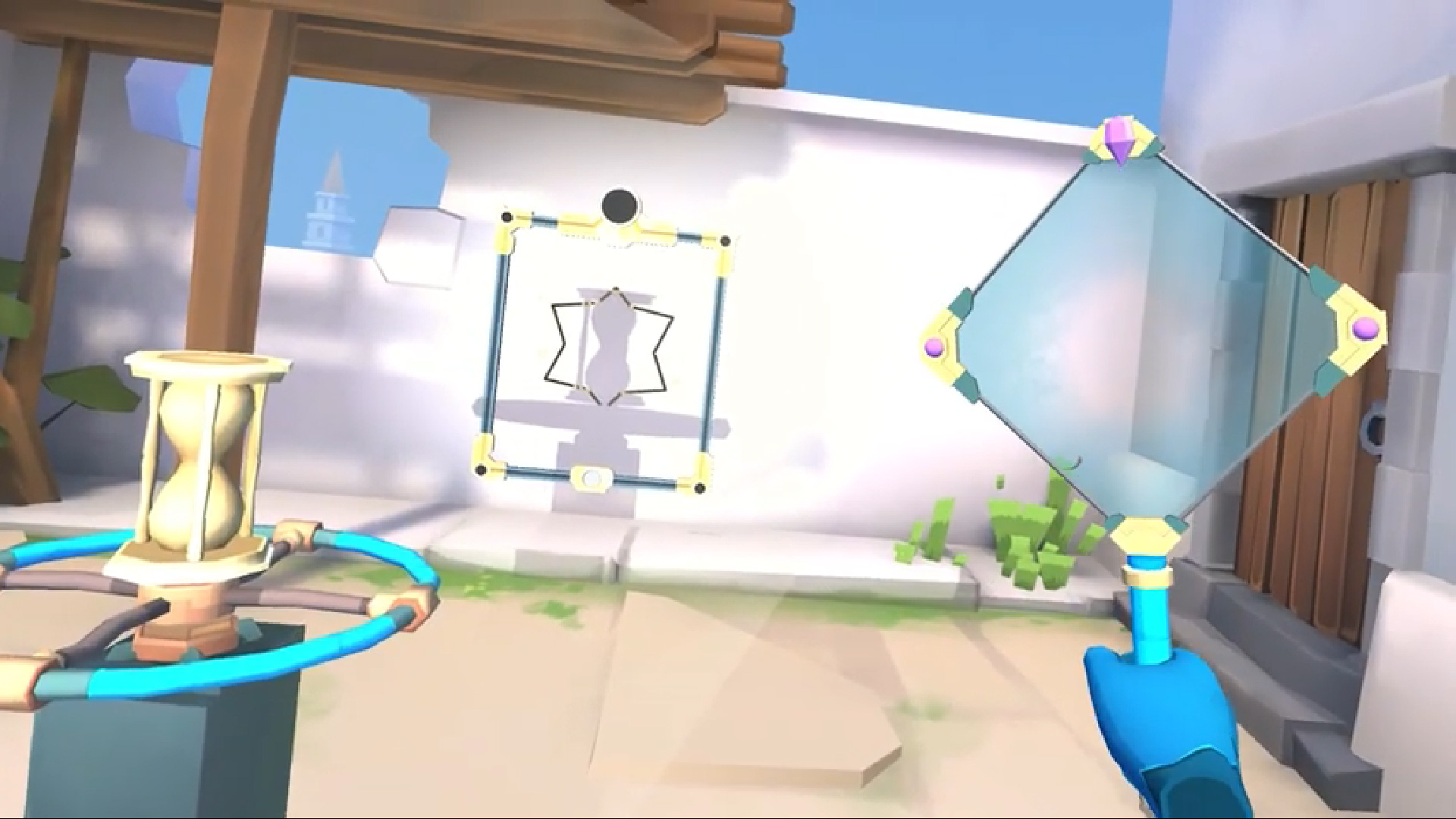 Coatsink, the studio behind the Esper and Jurassic World Aftermath series, is finally bringing Shadow Point out of Quest and Rift exclusivity, as the stylish story-driven puzzle adventure is headed to PSVR this month.

Shadow Point, a first-person single player game, throws you into a mystical world that unfolds between a mountaintop observatory and an ever-changing fantasy environment. It includes some clever puzzles that require you to think spatially, and use magical objects at your disposal to move forward through a beautiful, surrealist world.

The game includes over 80 environmental puzzles that you can play either seated or standing. You might also recognize the voice the trailer above: that’s Sir Patrick Stewart (aka Star Trek’s Captain Jean-Luc Picard).

Originally a launch title for Quest back in May 2019, Shadow Point will arrive on PSVR March 22nd, priced at $20.