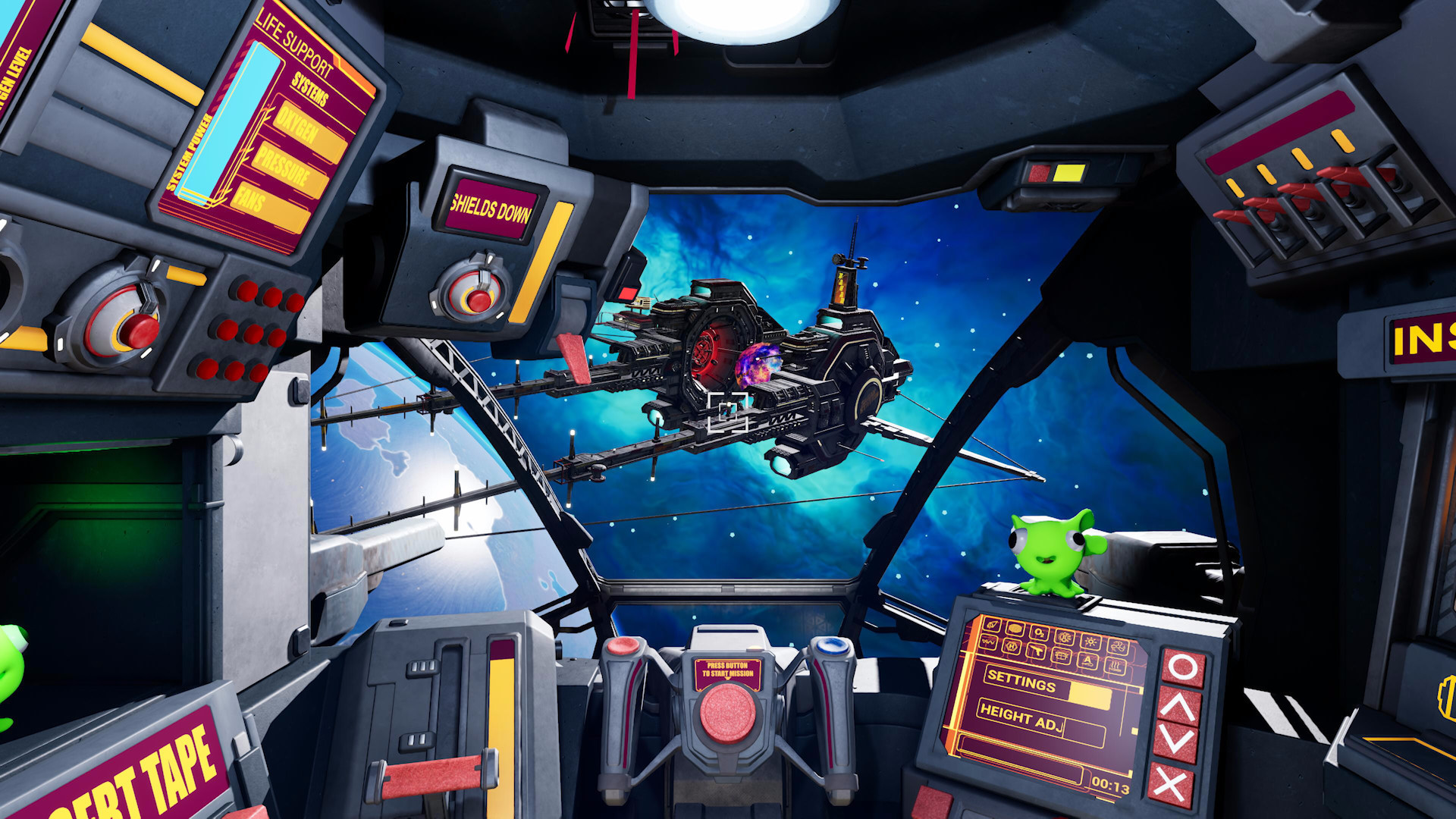 You can’t just blast away at enemies and zoom around in Ziggy’s Cosmic Adventures, an upcoming Quest 2 and SteamVR title from indie studio Stardust Collective. While that’s a pretty important chunk of the game, a new video shows off just how demanding the job of space bounty hunter can be.

As a pilot of your own ship, you not only have to maneuver it around manually, but you also have to keep an eye on the ship’s systems—shields, weapons, life support, thrusters, stabilizers—all of which are powered by a bank of constantly depleting batteries. If one of those vital systems fails, you might be in big trouble.

There’s a few ways to fill up batteries though, Stardust Collective shows in a new gameplay video featuring developer commentary. Since combat seems to be fairly arcadey, you’ll find battery pickups throughout the game’s levels, but you can’t really rely on found batteries alone once the action really starts heating up, so there are a few methods for making your own power.

You can ‘print’ a copy of Ziggy and unceremoniously sacrifice the game’s squishy little pal as you extract its power into an empty battery. This essentially turns your cockpit into more of a flying, room-scale Job Simulator that has you actively managing so your systems are always topped up whilst you dish out your best against enemy combatants.

Oh, and don’t forget to blow Ziggy’s rotting corpse out of the airlock, lest you want a face-full of toxic fumes.

In the video, we also get a good look at a fairly linear level which has you flying towards a warp station that you need to reach to continue onwards. In a subsequent level, Stardust reveals, you’ll also be able to defend the station. The game is said to feature branching story paths so playthrough of the game will take you through “a unique path in the solar system, with a unique story for each path you take,” the studios says on the game’s website.

Ziggy’s Cosmic Adventures is slated to launch on Quest 2 and SteamVR headsets sometime this year. There’s no precise release date yet, although we’ll have our eyes peeled on Stardust Collective’s Twitter for more info as it arrives.