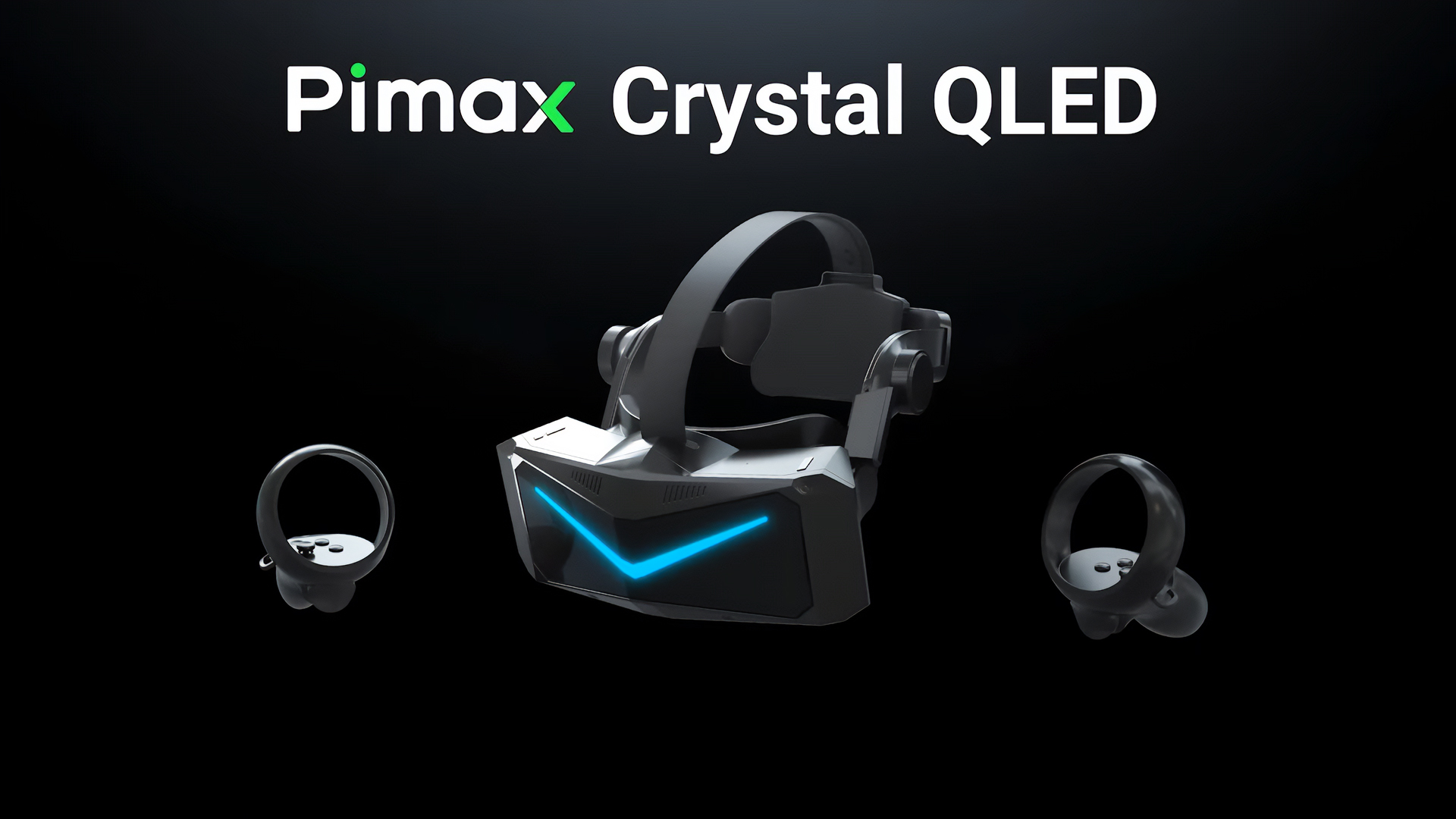 Pimax today announced the Pimax Crystal, a new headset that’s broadly similar to the company’s upcoming Pimax “12K” QLED headset, but with a few features pared back and a reduced price. Though the price is lower at $1,900, it still puts the headset well into the ‘ultra-enthusiast’ category, positioning it as a direct competitor to Varjo’s Aero headset.

Just a half a year before it’s set to launch its flagship Pimax “12K” QLED headset, Pimax today introduced another, similar headset, which it says will launch in Q3, just a few months before the “12K” QLED.

Pimax Crystal has many of the same ambitious features: standalone processing with PC compatibility, eye-tracking, ultra-high resolution, support for a WiGig wireless module, high refresh rate, inside-out tracking, and more. What sets it apart from its more expensive sibling is a somewhat lower resolution and a lower field-of-view.

Priced at $1,900, the Pimax Crystal appears to be looking to compete directly with Varjo’s ultra-enthusiast Aero headset, which is priced at $2,000 (but doesn’t include controllers or required tracking base stations). On the other hand, Pimax says the Crystal will include headset-tracked controllers and inside-out tracking out of the box at the $1,900 price point.

An optional $200 SteamVR Tracking faceplate will be offered at launch, and the company says it’s working on a stereo camera faceplate for color passthrough, though price and availability have not been announced.

SEE ALSO
‘Espire 2’ Announced for Quest 2, Return to the World of High-tech Espionage

Here’s a full breakdown of the Pimax Crystal specs:

While Pimax says it wants to offer a ‘no compromise’ experience for its customers, the Crystal headset reaffirms the company’s affinity for introducing multiple, modular headset models that force customers to choose between an array of overlapping features and capabilities; it’s unclear why the company is planning to launch the Crystal in Q3, just a few months before the “12K” QLED in Q4.

In any case, we’ll certainly be impressed if Pimax manages to deliver everything it’s promising with these ambitious headsets.

Note:  We put the “12K” part of the Pimax 12K QLED name in quotes because Pimax isn’t referring to the same 12K that is often used to describe TVs and monitors. The headset’s total horizontal resolution is near 12K, but this is split across each eye. Additionally, the resolution height is just half the height of what one would expect from a 12K TV. When referring to the headset’s name, we put “12K” in quotes to help our readers understand that it’s being used differently than they might expect.