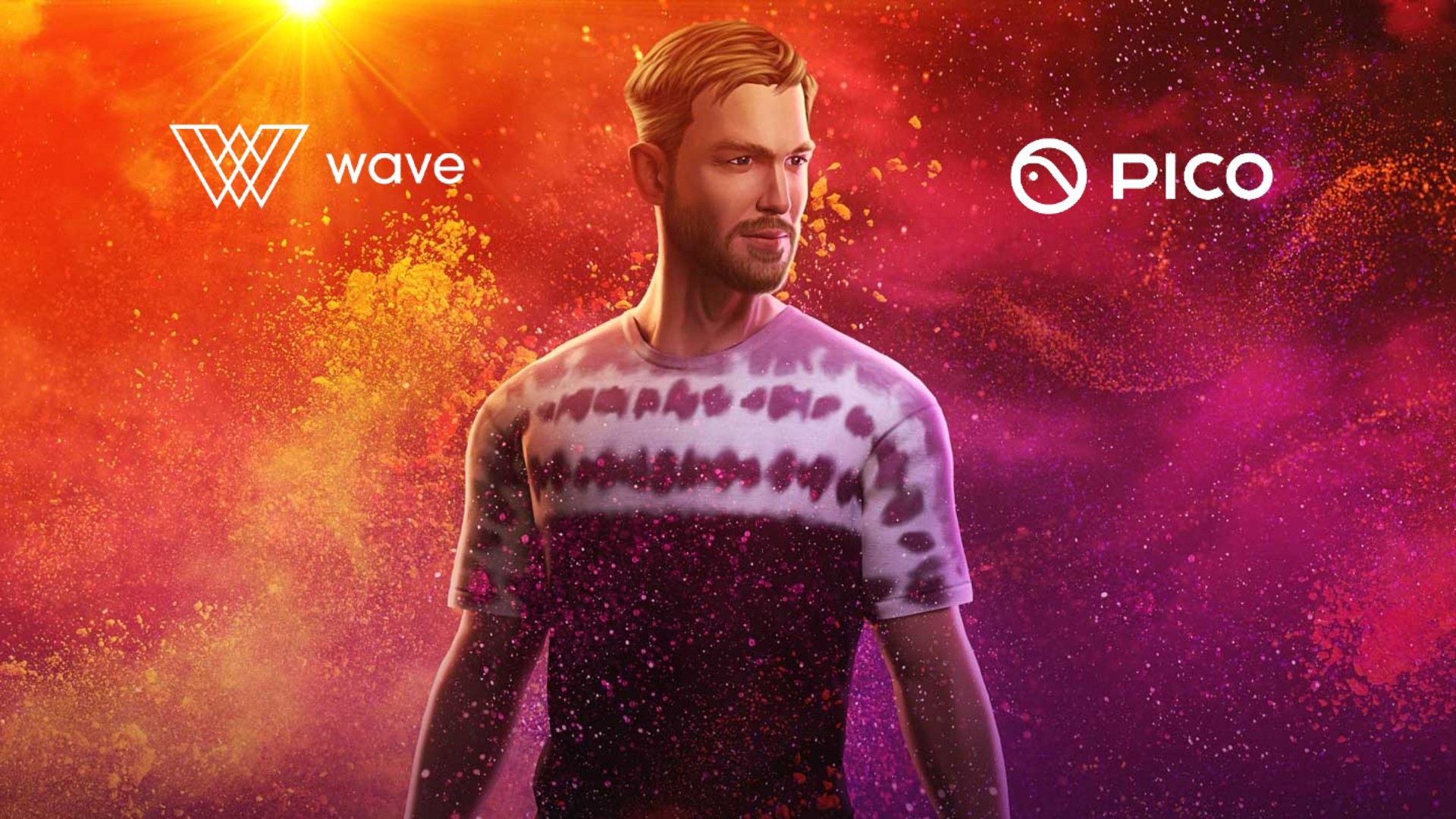 Wave, the virtual event production company known for putting on a ton of VR concerts a few years back, actually deprecated VR support for its app back in early 2023 to focus on streaming its brand of digital concerts to traditional platforms. Now, through a new partnership with VR headset creator Pico, Wave is set to jump back into VR with more concerts, available exclusively on Pico devices.

Through the partnership, Wave says it’s developing “a series of immersive 3D concert experiences with massively world-renowned artists” for Pico’s line of consumer headsets. Those include Pico Neo 3 and the new Pico 4 headset.

Its debut concert is set to feature The Calvin Harris Experience, taking place on January 13th at 8: 00PM GMT (local time here). The experience is said to last approximately 1 hour, which includes a five-minute preshow and 25 min exclusive extended set.

Only fans in Europe and Asia will have access, the company says, the only markets where Pico’s consumer headsets are currently available. The VR-accessible concert is said to be an “extended version,” of which only a portion will be broadcasted on TikTok LIVE.

The concert is slated to take fans on what Wave calls “a musical journey through Calvin’s virtual universe, a metaverse party filled with audio reactive visuals in a nature inspired luminous world.”

Calvin Harris is set to perform live as a virtual avatar in an immersive environment that Pico users can join and explore for themselves. Users will also have the opportunity to influence the live experience by “interacting with others, creating dazzling effects throughout the show by clapping, writing personalized messages in the air, and even join Calvin on stage.”

To take part in the concert, users must download the Pico Video app from the Pico App Store, then select The Calvin Harris Experience in your Pico Video feed on the day of the show.