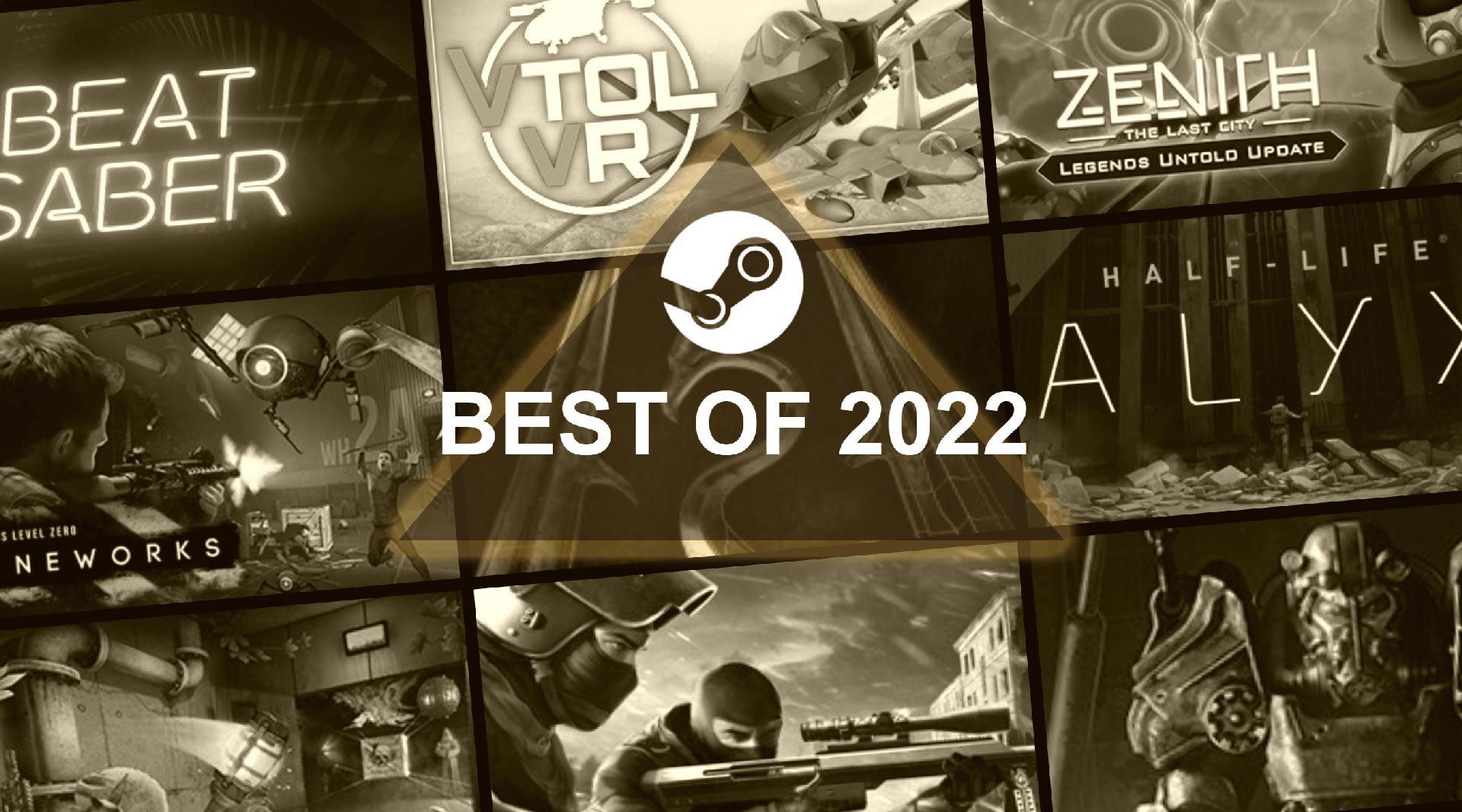 Another year of VR gaming has come and gone, and Valve has again released its annual sales figures for the past year, highlighting the best-selling VR titles on Steam.

Valve has published a series of ‘The Best of 2023‘ charts showing which titles on Steam have fared the best across several metrics. Among the charts is a list of the top 100 best-selling VR games on Steam in 2023, as measured by gross revenue.

You’ll find titles broken up from Bronze to Platinum level, however take note that Valve intentionally obscures which game ranks higher within each individual tier. Reload the page, and each title is shuffled, so there’s no telling which game did better within a given section.

Here we take a look at the top 23 games across the Gold and Platinum tiers. To give a little more context, we’ve sorted games by their positive user review scores. Oh, and don’t forget: many of these games are currently on sale during Steam’s Winter Sale, which ends on January 5th at 10AM PT.

As you can gather from the chart, 2023 wasn’t a big year for PC VR gaming in terms of fresh and popular releases, with only two titles released in 2023 hitting the highest rung of Steam sales: Zenith: The Last City and BONELAB.

Here you’ll notice a lot more early access titles, offering up 55% of this year’s gold-tier sales.  None of these were released in 2023 however, which is a bit of a downer for newcomers.

On the flipside, many of these titles have benefitted from steadfast developer support, with titles like Hot Dogs, Horseshoes & Hand Grenades, Hellsplit: Arena, Contractors, Hard Bullet, and Legendary Tales seeing updates over the course of the year.

Check out the full list of Steam’s top selling VR titles in 2023 to see which games made it into the Silver and Bronze tiers.

Looking for this year’s top VR games across platforms? Check out Road to VR’s 2023 Game of the Year & Design Award winners. You’re sure to see some familiar faces.