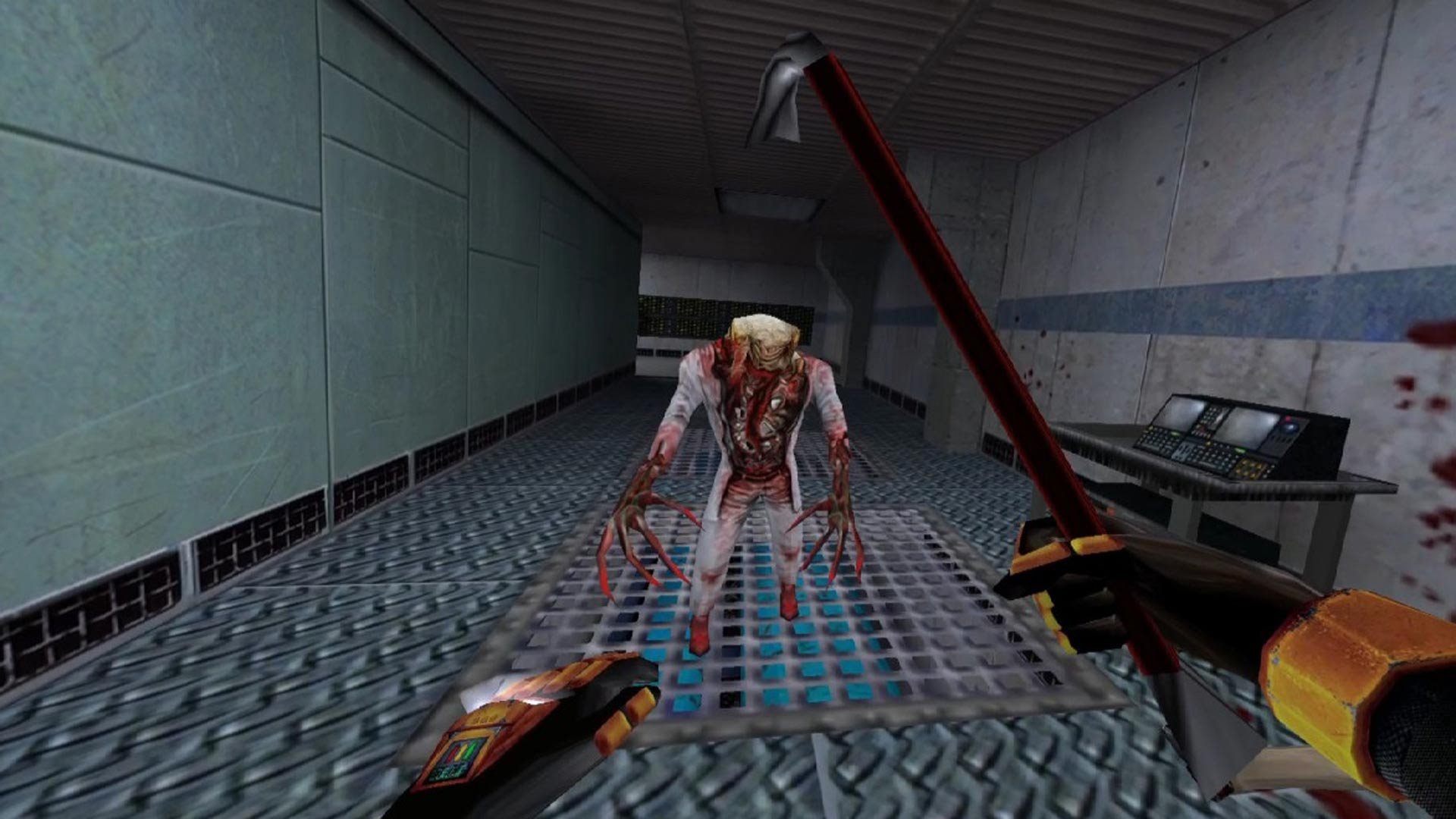 Much like the recently released Half-Life 2 VR Mod, Valve is soon giving its blessings to another third-party project that this time brings VR support to the original Half-Life (1998).

If you’ve played Half-Life in VR before, it was probably thanks to the HLVR mod by Max Vollmer, who started back in 2017 to bring Valve’s iconic action-adventure shooter to the first wave of consumer VR headsets.

Now Vollmer is getting ready to launch HLVR on Steam starting October 20th. The mod is free, however it of course requires you to own a copy of Half-Life to play (i.e. not HL Source), which can be purchased for $10 by itself on Steam. You can also get it through a number of bundles that, thanks to dynamic bundle pricing, could nab you the game for even cheaper depending on what you already own.

Vollmer says the mod is “highly configurable and supports all past, present, and future VR hardware by utilizing SteamVR’s VR Input system.” It also allows you to play seated or standing, use free locomotion or teleport, touch buttons, grab levers, physically climb ladders, and melee baddies with every weapon in the game (especially the crowbar).

Check out the trailer below to see it in action:

The mod smooths some of the flatscreen game’s rough edges, with the addition of refined models and textures, however players can also enable a ‘Classic Mode’ which lets you experience the 1998-era graphics in all of their glory in VR.

Vollmer says there’s a few areas that will be the focus of updates in the future, including:

Half-Life VR Mod arrives on Steam on October 20th, however if you can’t wait to mess around with it you can download Vollmer’s own installer and start harassing headcrabs with a crowbar right away.