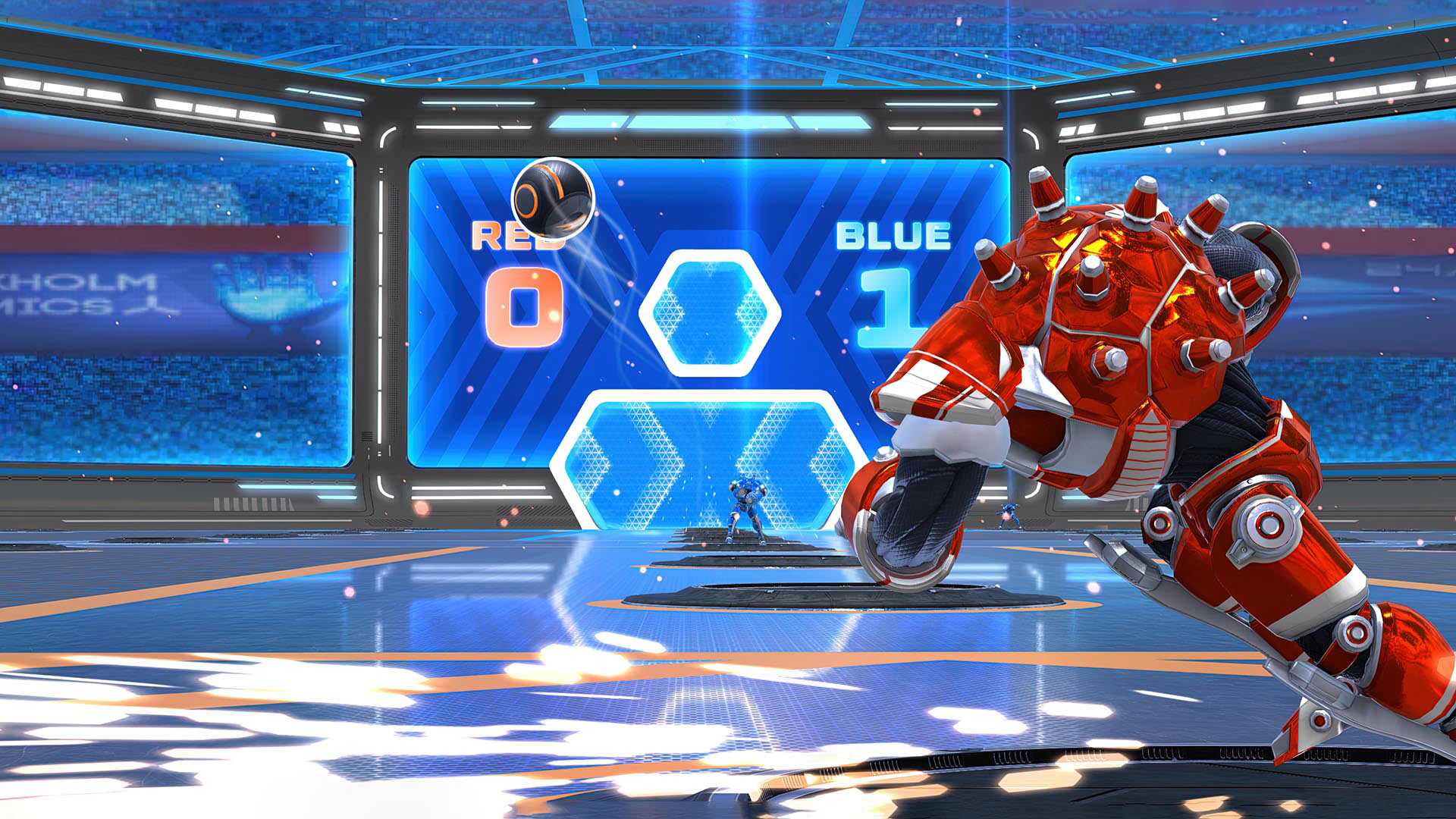 Developers Resolution Games unveiled their upcoming VR sport Ultimechs in late 2021, although it wasn’t clear from the cinematic trailer exactly what sort of game we were dealing with. Now the studio has tossed out its first gameplay trailer, showing off some very Rocket League-inspired action mixed with teleporting, missile-firing mechs.

Ultimechs promises to serve up 2v2 multiplayer matches which is said to be based on “precise punches and impeccable reaction times,” the studio says in a press statement.

“Ultimechs puts players in control of state-of-the-art machines designed for speed and power. Working alongside a teammate, each competitor pilots their mech in pursuit of a massive superball as it ricochets its way around the arena. Using quick movements to stay on top of the ball and one step ahead of opponents, victory comes with a rocket-powered fist being aimed, shot and steered into the superball, slamming it into the goal. The precision, impeccable reaction times and lightning-fast calculations required to come out on top are sure to keep fans on the edge of their seats.”

Resolution Games CEO Tommy Palm compares it to wielding a guided missile and “changing direction on-the-fly as you try to strike a target in mid-air at just the right angle.”

Although focused on 2v2 gameplay, Ultimechs is said to also include a 1v1 mode. The game is still slated to arrive sometime this year on “major VR platforms,” so it seems there’s still much to learn.

At least for now, the studio says it’s available for Steam wishlisting, so it will be on PC VR headsets. The game’s previous trailer also showed a user donning a Quest 2, so it’s likely coming to that platform as well.

Resolution Games has tapped into multiplayer VR genre recently with a number of competitive and co-op experiences, such as Blaston, Demeo, Acron: Attack of the Squirrels, and Cook-Out: A Sandwich Tale. As a pioneering VR studio, this transition to multiplayer games makes for a solid barometer in where the industry is currently.