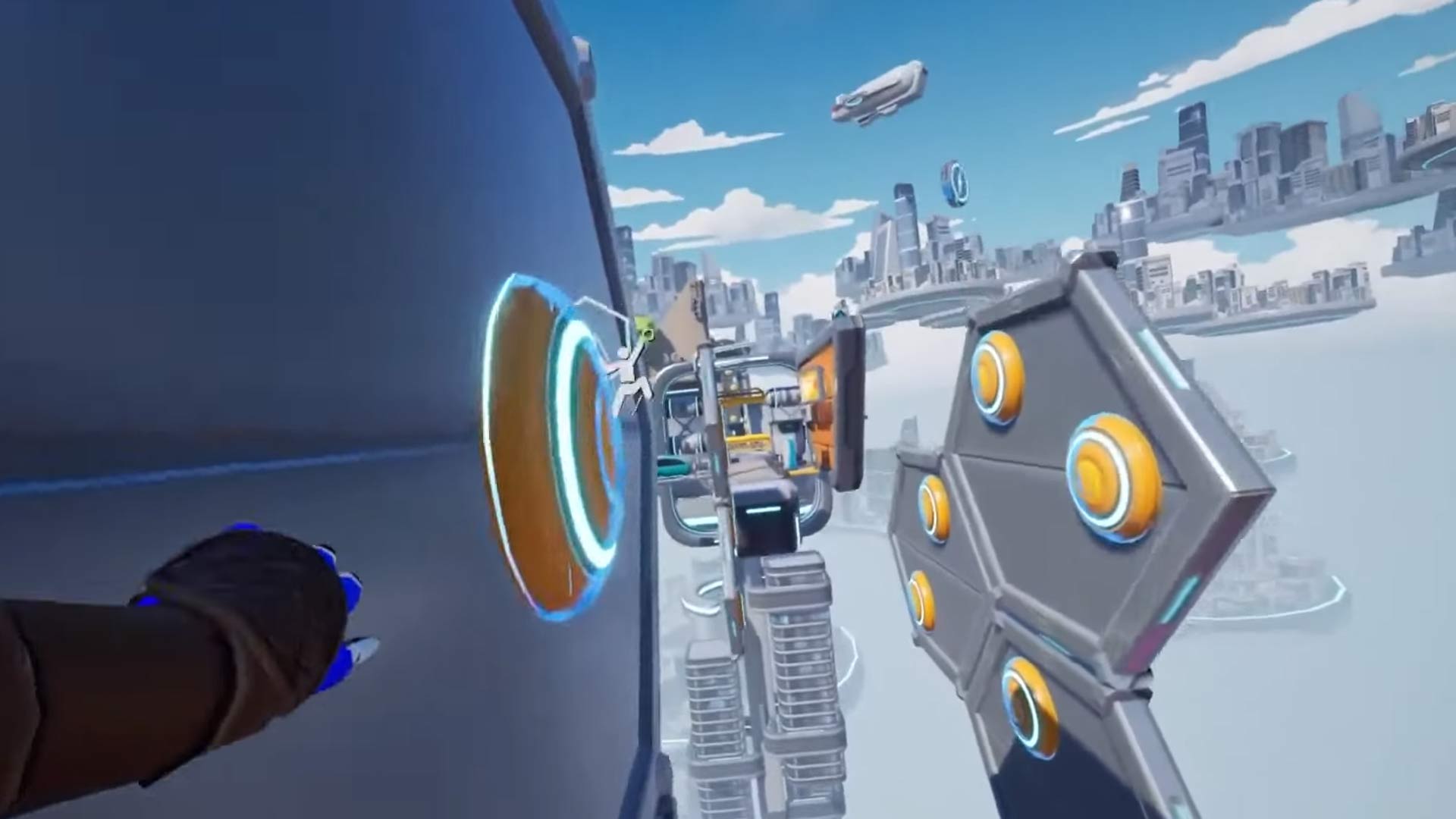 Electric Hat Games, the studio behind VR platforming pioneer TO THE TOP (2017), announced they have a sequel in the works called Super Kit: To The Top.

YouTube channel ‘PSVR Without Parole’ debuted the trailer of Super Kit on last Thursdays installment of their recurring Gamescast Live show. Super Kit is said to launch sometime in 2022 on PlayStation VR.

Electric Hat hasn’t said much about the game outside of the official trailer, but looking at the video it’s apparent Super Kit is focusing again on high-flying parkour with the addition of some combat elements and some very slick-looking environments that recall games like Jet Set Radio, Mirror’s Edge, and The Climb 2.

Although announced for PlayStation VR for 2022, the original To The Top eventually made it to all major VR headset platforms after its launch in 2017, most recently coming to Quest via the App Lab distribution channel in March 2021. Notice Super Kit’s game trailer was captured on PC VR.

If Super Kit is looking to match or beat the original in features, we’ll be expecting at least 35 levels with multiple challenges and modes available to both solo and multiplayer users.

Granted, that’s what’s available on To The Top, but we’re expecting a lot more from what appears to be a more impressive sequel that features some shooter elements across massive levels. From the trailer, it seems like there will be plenty of tricks in the ‘super kit’, allowing for wall-running, super human jumps, ground-pounding, shooting and more.