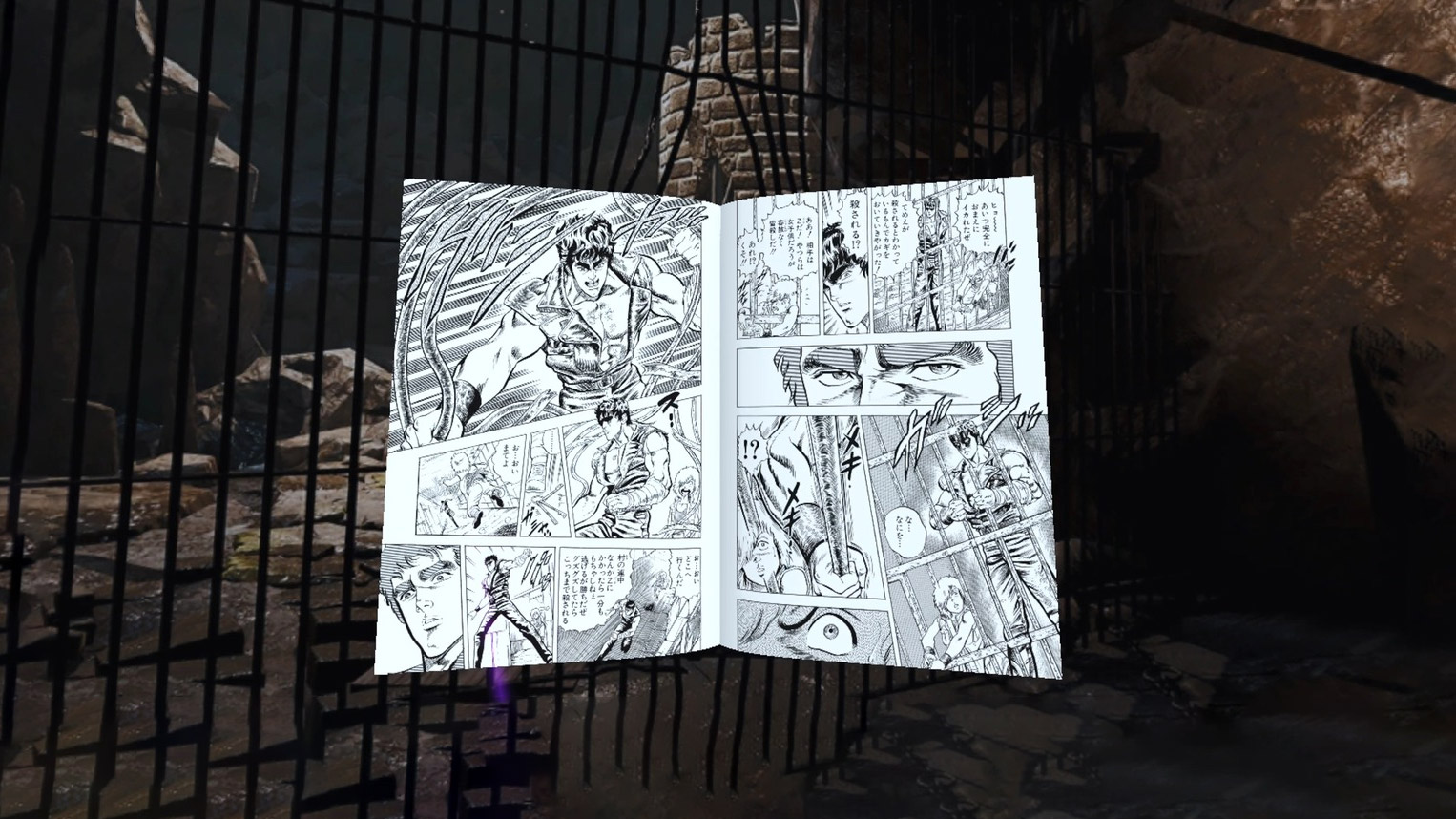 As I was perusing Quest App Lab for interesting games, a VR manga app priced at a whopping $145 caught my eye. Surely it must have been a mistake… or a scam?

While we’ve seen pricey apps on Quest’s official unlisted ‘App Lab’ store before, almost all of them are some sort of medical or training app that’s not intended for general audiences. So when I saw the XR MANGA Fist of the North Star app as the third most expensive app in App Lab I thought for sure it was some kind of mistake or maybe even a scam.

But actually it turns out to be a completely legitimate, and actually quite interesting, offering.

While we’ve seen a handful of ‘read comics or manga in VR’ apps in the past, XR MANGA Fist of the North Star isn’t a generic reader app, but actually a complete VR digital collection of one of the best selling manga series of all time, Fist of the North Star (also known as Hokuto no Ken), originally run from 1983 to 1988.

Developer MEDIA DO says that XR MANGA Fist of the North Star includes 18 volumes which contain everything in the 27 standard edition volumes of the manga series, along with “additional episodes” written by Tetsuo Hara, the illustrator of the series.

And while $145 is similar to what you’d pay for the corresponding physical collection of Fist of the North Star, this VR version contains a surprising number of additional features and content suitable for mega-fans of the series.

For one, the developer says the digitized images come from the original artwork and are presented at a resolution that’s “much higher than the printed [version].” Given the age of the manga, the original artwork is hand-drawn, shaded, and painted, and the developers say “no matter how far the image is enlarged, the brush strokes of [illustrator] Tetsuo Hara’s brush are clearly rendered.” While Quest 2 definitely lacks the resolution to resolve all that detail at arm’s length (as you’d read a real manga), if you bring your face closer in you should be able to see the full extent of the detail.

Beyond that, this VR version of Fist of the North Star has immersive backdrops that correspond to the story and change as you progress through the chapters.

That’s cool, and maybe even expected from a VR manga app, but XR MANGA Fist of the North Star goes a couple steps further. Also included in the app is two digital figures of characters Kenshiro and Yuria, both of which can be posed by the reader. What’s more, you can change the backdrop and add speech bubbles & text to create your own little scene, then use an in-app camera tool to snap the scene as if making your own manga panel.

And this is the part where in an infomercial they’d say “but wait, there’s more!”

XR MANGA Fist of the North Star also includes a mini-game that lets players step into the shoes of main character Kenshiro and act out some actions that are characteristic of the manga.

So, for the price of $145 (about what you’d pay for the physical collection), you’re getting the complete manga and some cool digital extras. For mega-fans of the series, I’d say that’s actually a solid deal.

For one, as novel as it can be to have immersive backdrops, it’s really not that comfortable to read in a VR headset; are you really going to read 18 volumes all in VR? Sure, maybe in the future we have lighter and more comfortable headsets… but that brings up another important question: if one is going to spend $145 on a digital collection, what are the odds that 10 years from now it’s still accessible on modern headsets?

To assure customers, it would be nice if buying the XR MANGA Fist of the North Star also included a digital download of the manga images so users could back them up on their own to be sure they’re always accessible—or even read them outside of VR if they’d like.

In any case, XR MANGA Fist of the North Star is certainly interesting as far as VR apps go. Is it a one-off novelty or a taste of things to come?