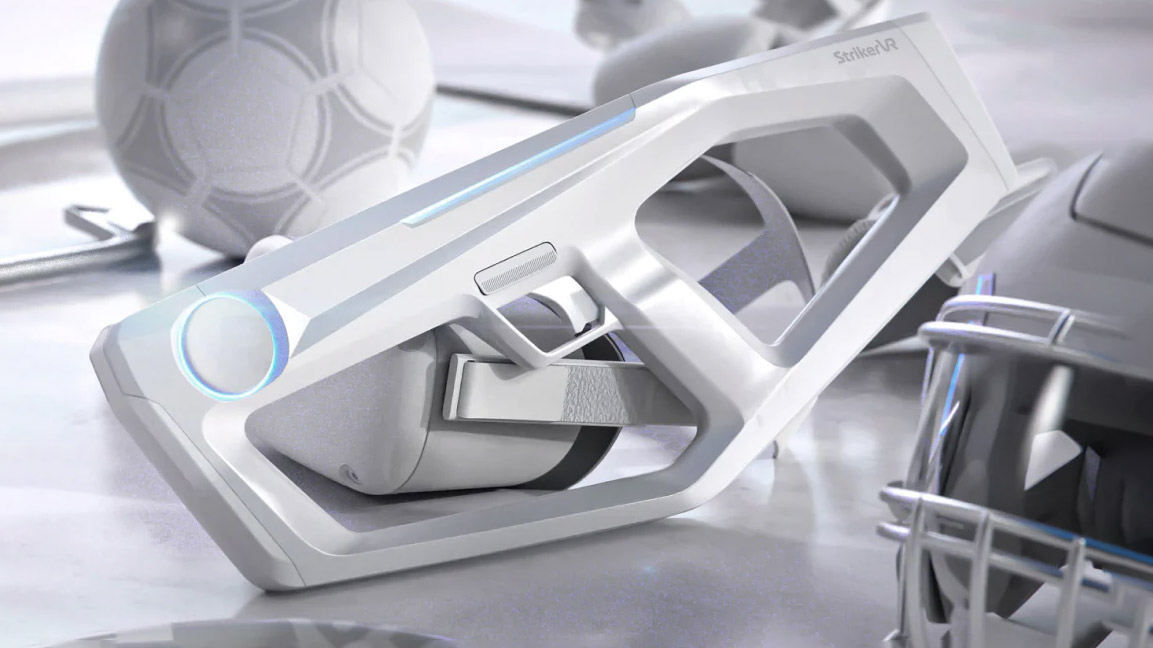 StrikerVR, longtime maker of haptic VR guns, is launching its most affordable product yet: the Mavrik-Pro. Though still primarily targeting VR attractions, the company says it plans to launch a consumer version of the new gun next year.

StrikerVR makes some of the best haptic VR guns in the biz which can be found at premiere VR attractions. Though the peripheral packs and impressive punch, the pricey product is a tough sell for smaller venues and consumers.

StrikerVR hopes to fix that with its latest haptic VR gun, the Mavrik-Pro which is now available for pre-order by VR attractions and expected to ship in October. Though it’s the company’s most affordable peripheral yet, it’s still rocking a $1,000 price tag. But the company says it plans to sell the gun to consumers next year at an (unknown) reduced price point, and with a wider variety of colors. That would of course need to be backed by support for at least some consumer VR games, though there’s no word on that at this point.

Compared to StrikerVR’s flagship gun—which had one huge haptic engine—the Mavrik-Pro has three smaller engines inside. There’s the main ‘Thunder’ recoil module, for the big blasts, which is paired with a ‘Cricket’ module in the front and rear grips, for more subtle haptics. With more haptic modules on board, the company says the gun accessory offers improved haptic fidelity and gives developers more effects to play with. The new product also adds more inputs which will allow developers to create a wider range of possible interactions between players and the peripheral.

In addition to a touchpad at the front and a button near the trigger (smartly mirrored on both sides as to be ambidextrous), the Mavrik-Pro adds two buttons at the front of the weapon so player’s have more ways to interact with the game content (other than, ya know… shooting stuff).

But they didn’t stop there. The Mavrik-Pro also includes a heap of capacitive-sensing areas which will allow developers to more accurately represent the way the gun is being held and potentially add more intricate interactions for players. You’ll find the capacitive zones at the foregrip, under the body, along the gun’s bottom bar, in the handle, on the trigger, under the rear grip, and even along the top back of the gun.

The gun also includes a removable top-plate with mounting hardware underneath so it can be adapted for a wide variety of tracking systems.

With these added sensing areas, developers could create several different reload interactions, like slapping the bottom of the rear grip as if securing a magazine, pumping the area under the body like a shotgun, or pulling the rear of the gun like a slide or charging handle. This would of course require some careful work on behalf of the developer, with the assistance of StrikerVR’s SDK for Unity & Unreal.

An example of a virtual skin for the peripheral with several firing modes that could be triggered by the gun’s various inputs.

StrikerVR has been building and selling its gun peripherals for years now, and while they haven’t cracked the consumer barrier just yet, the company has at least had a long time to battle test its products in the VR arcade space—experience that will hopefully mean a well matured product by the time it reaches consumers.