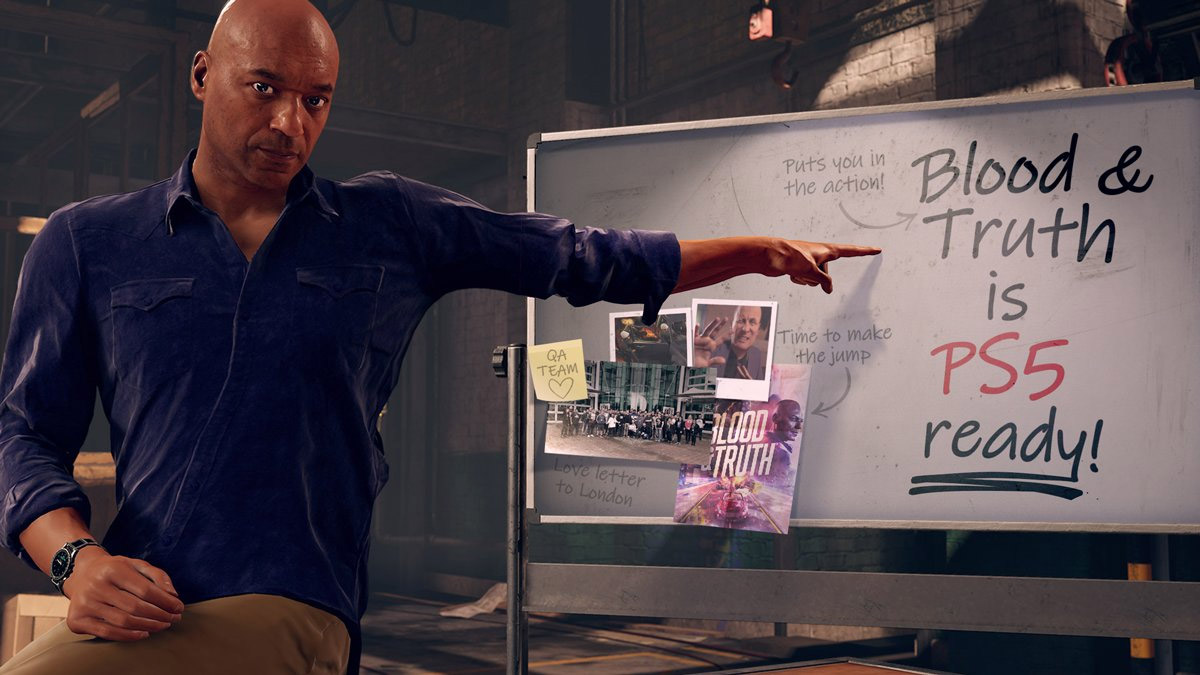 Sony’s London Studio, the team behind trailblazing PSVR content PlayStation VR Worlds (2016) and Blood & Truth (2019), are making a new online co-op combat game that the studio calls its “most ambitious title to date,” but it doesn’t feature VR support.

Our next project is an online co-op combat game, which as you can see here, is set in a modern fantasy London. The key thing about this is that it’s a PlayStation 5 title—it’s not a VR game like our last title was. And it’s our most ambitious project to date.

There are some important aspects communicated in this image. It’s a modern fantasy London, it’s cooperative action. And what we really love about this project is that it’s giving us an opportunity to showcase a lot of wonder and magic. So we’re really excited.

Here’s the image Saunders was referring to:

As the principal studio behind some of PSVR’s most imaginative and leading content, we were certainly hoping for something similar to come to the next-gen follow-up, PSVR 2, which is due out sometime early next year.

We reached out to some sister studios for their input, and finally, we actually did some proper market research. We polled hundreds of gamers in the UK and the US for their feedback as well—and all of these different inputs and perspectives all culminated in the project we’re working on now.