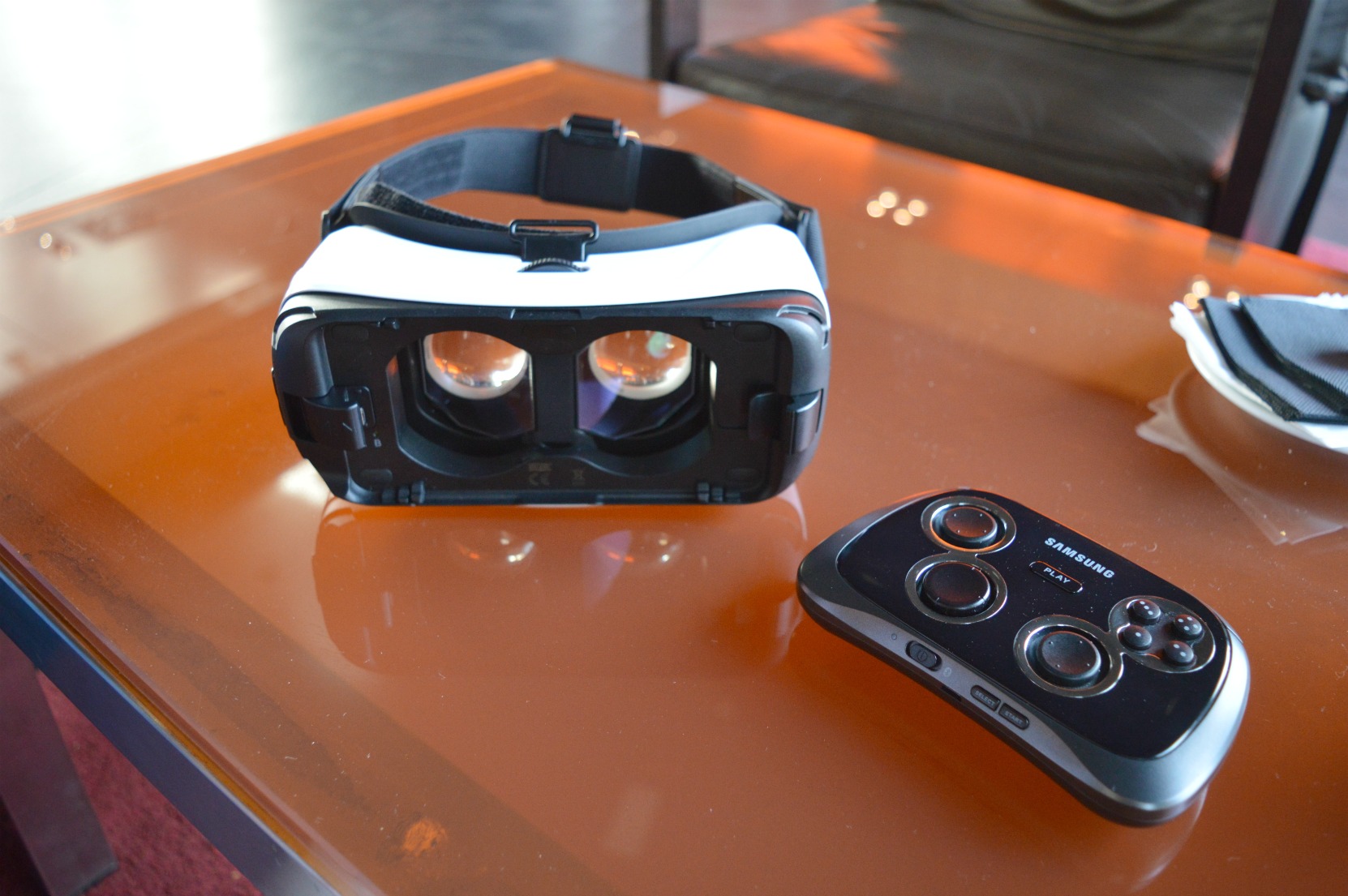 SensoMotoric Instruments (SMI) is a Berlin based company involved in creating eye tracking solutions across several industries, and has been doing so for the past 25 years. At MWC I sat down with Christian Villwock, director of OEM sales, to learn more about the company’s eye tracking technology and to see for myself how it works with mobile VR.

I met Villwock in the lobby of the Fira Congress Hotel to try on a modified Gear VR, which was packing the company’s eye tracking kit. Like the previous usecase we saw—integrated into the DK2 to demonstrate the processing power-saving abilities of foveated rendering–it’s the same 250hz eye tracking kit, but neatly fit into the shell of the Gear VR.

Two specially treated pieces of glass reflect the image of the eye to a small pair of cameras placed on either side of the headset. No wires were sticking out, nothing unfinished in the slightest, as the wires are fed into the microUSB connection on the Gear VR, and the chip—shown to me separately to weigh nearly nothing—was hidden in the body of the headset. Black plastic rims with IR diode assemblies replace the original ones at no appreciable change.

I played through 3 simple demos that showed off object interactions. But first I had to calibrate—a quick “look at three red boxes” and I was done. The sort of interactions I went through with the demos were the bog standard for VR eye tracking systems like Fove. Look at an object and select it. Use your eye’s gaze as a flashlight in a dark room.

See Also: Hands On: SMI Proves that Foveated Rendering is Here and it Really Works

These sorts of things may not seem important now, gimmicky even, but as mobile processors take advantage of the savings in processing costs promised by foveated rendering, and use eye tracking to transmit social cues in shared VR spaces like AltspaceVR, the more we’ll see mobile headsets of today as fundamentally lacking. And just like the title says, it’s accurate. So much so that I started to notice the unconscious saccades, or rapid movements your eyes make to help you build a mental 3D map of your environment.

SMI initially dressed their technology as a costly aftermarket solution for headsets, but with the caveat that the price is ‘too high for consumers’. While researchers and medical professionals send off for the modification, Villwock maintains that it’s about much more than providing a send-away service for your headset.

“We want this to be standard in the headset and we don’t offer this as a consumer add-on reference, because it’s not a snap on device… this is basically targeted to convince all the headset manufacturers to give them the real thing.”

So while SMI is looking for collaborators and headset manufacturers to integrate their light weight hardware, we’ll be eager to see if the company becomes a part of the next big thing in 2.0 of consumer VR.