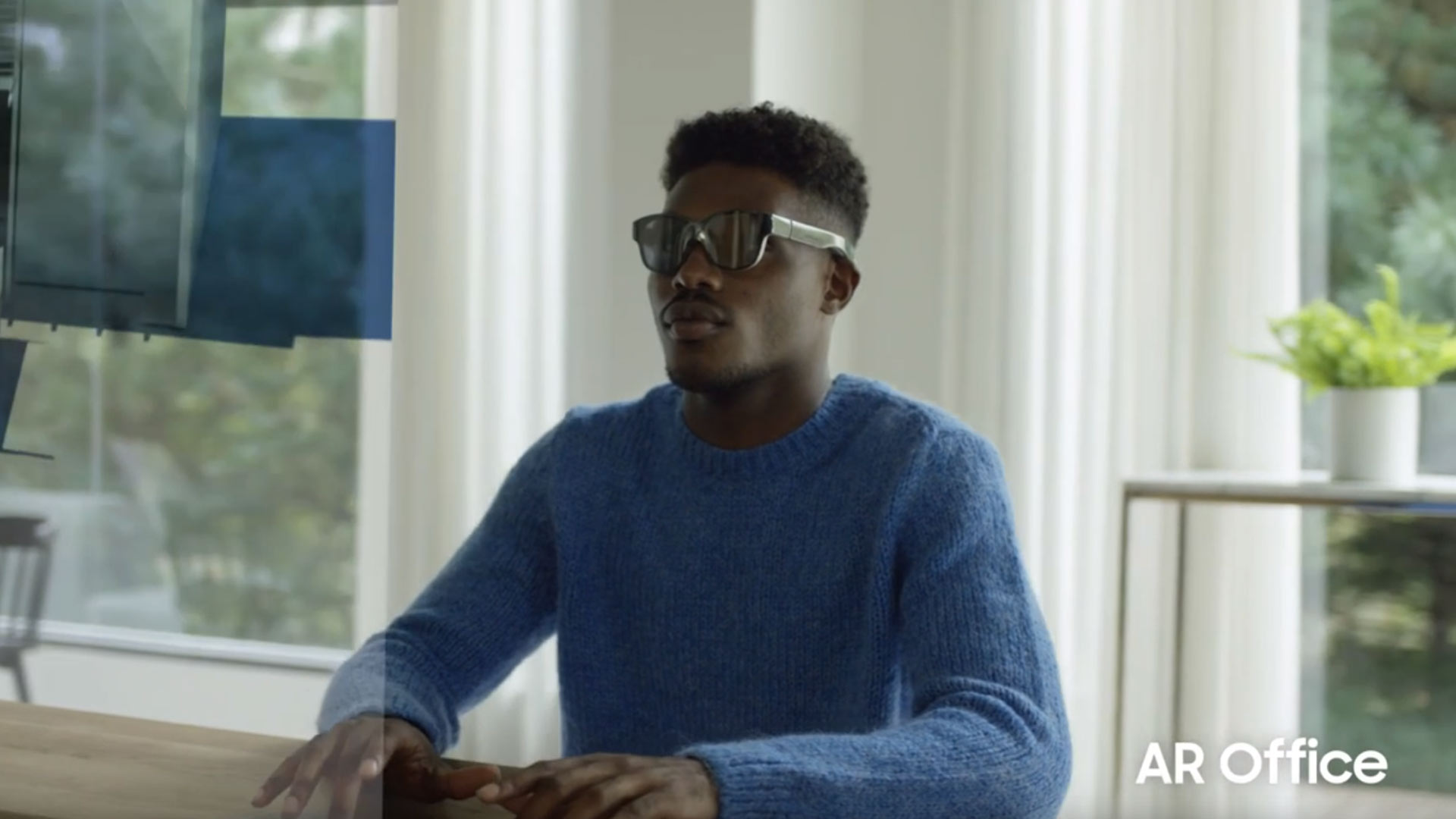 Leaked concept video featuring two Samsung AR devices has come to light. Although just concepts and not functioning products as such, it’s clear the Korean tech giant is gearing up to compete with companies like Facebook and Apple as they inch ever closer to releasing consumer AR headsets.

Known leaker ‘WalkingCat‘ released two videos showing a pair of separate device concepts. WalkingCat was also involved in leaking photos of Oculus Quest 2 before it was launched, and Lenovo’s latest ThinkReality AR glasses for enterprise before it was announced at CES this year.

This first device appears to be smartglasses for casual media consumption, dubbed ‘Samsung Glasses Lite’. The video (seen below) shows off what we’d expect from a pair of 3DOF-tracked smartglasses, namely the ability to view traditional flatsceen media through a virtual monitor.

One interesting idea outside the norm however is its ability to use active shading so it can not only compensate for high ambient lighting, but coopt that function to use them as ‘dumb’ sunglasses. That may mean the company wants to make them all-day wear devices.

It’s important to note that these devices, as we see them in the videos, are very likely just ideas on paper at this point.

The ‘Samsung AR Glasses’ don’t appear to include any sort of optical tracking, and the glasses themselves seem to be simple plastic frames with no discernable display, be it waveguide or birdbath (waveguides can be seen on Glasses Lite, but that’s not saying much). Despite the chunky plastic frames, they’re both considerably small too.

If Samsung AR Glasses did exist as we see them in the video above, it would signify a truly magic leap in mobile processing. Being able to fit all of the required compute power, batteries, and display tech into such a small package is the dream, but currently not the reality.

So although we may not see these sorts of devices from Samsung for a while, it’s an interesting look at the state of the industry. Both Facebook and Apple are tight-lipped on their respective AR products, but you’d expect Samsung to know more about what its competitors are up to than the general public. The division between smartglasses as a ‘Lite’ option and AR glasses as a work-force-multiplier is an interesting choice which may be Big Tech’s first gambit into consumer AR; i.e. offer lower priced smartglasses with tight software integration and higher priced AR glasses for enterprise and prosumers.