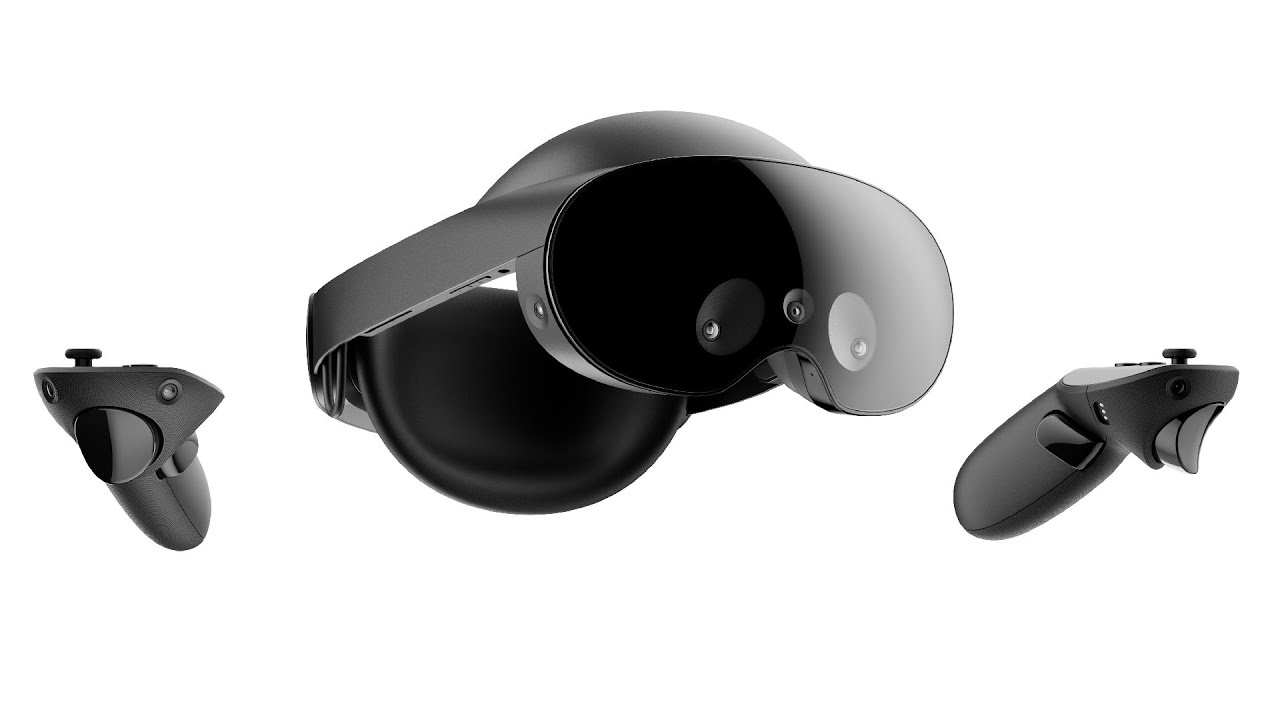 Today during Meta Connect the company finally revealed its high-end Quest Pro headset (formerly called Project Cambria). Priced at $1,500, the headset packs a new Snapdragon XR2+ processor along with a bevy of sensors for tracking the user’s expressions and the world around them for improved passthrough AR capabilities. Alongside new and improved controllers, the company also revealed the full Quest Pro specs, pre-order date, and release date.

Quest Pro was just announced and is already available for pre-order starting today in 22 countries. Priced at $1,500 and with a release date of October 25th, Quest Pro is fully compatible with Quest 2 content while bringing improvements that will enhance passthrough AR functionality and social interactions thanks to face-tracking capabilities. Let’s take a look at the on-paper specs:

From a resolution and field-of-view standpoint, Quest Pro is actually quite similar to Quest 2, boasting an almost identical resolution of 1800 × 1920 (3.5MP) per-eye, but with a much more compact optical pipeline thanks to the use of ‘pancake’ lenses which moves the headset more toward a ‘goggle’-like form-factor than the old box-on-the-face of its predecessor. At 722g, Quest Pro is heavier than Quest 2, but may actually be more comfortable thanks to a rear-mounted battery for balance and a rigid headstrap.

And while the resolution isn’t higher, Meta claims Quest Pro has better clarity thanks to the headset’s new optics: a 25% improvement in sharpness at the center of the field-of-view, and a 50% improvement across the periphery (meaning larger ‘sweet-spot’ of clarity). As of now we’re not sure if those claims are merely about the lenses, or if they include the display as well, though we’ve reached out to Meta for clarity (pun intended).

Meta also claims Quest Pro includes a 500-element local dimming backlight which enables improved contrast up to 75% compared to Quest 2, while also allowing for a 1.3 times larger range of color.

Quest Pro’s controllers, which Meta is calling Touch Pro, are similar in shape but majorly upgraded under the hood. Gone are the tracking rings, which are instead replaced by three cameras which allow the controller to perform its own inside-out tracking. Not only does this make the Touch Pro controllers more compact, it also means they don’t need line-of-sight to the headset in order to maintain their position.

What’s more, the Touch Pro controllers feature improved haptics and new capabilities. The thumb rest of the controller has been angled and now includes a pressure sensor which allows for a natural pinch-like gesture. The controllers come with stylus tips which can be attached to the bottom, allowing you to flip the controller over to use like a bulbous white-board marker. The stylus even has a pressure sensor to determine how hard or soft you’re pushing against a surface.

Though they are included with Quest Pro, the Touch Pro controllers are compatible with Quest 2 and can be purchased as an accessory for $300 starting later this year.

Better Sensing, Inside and Out

Quest Pro packs five external sensors for passthrough AR capabilities, offering a higher resolution color view with improved depth-detection, making the headset better at understanding the geometry of the room around the user, and allowing it to more convincingly merge the virtual and real world.

The headset also includes five internal sensors for tracking the user’s eyes and face. In addition to using eye-tracking as input (potentially for things like foveated rendering), the sensors track much more information about the user’s face, allowing for significantly more expressive avatars than what’s possible on Quest 2.

Given all the new and processing happening on Quest Pro, it’s a good thing the headset also sees both a processor and RAM upgrade. Quest Pro uses the newly revealed Snapdragon XR2+, an upgraded version of the processor that’s in Quest 2 but with better cooling, allowing for 50% more processing power. The headset also doubles the RAM over Quest 2 from 6GB to 12GB. As of now it isn’t clear how much of this increase in performance will be available to developers vs. how much will be retained for system functions like tracking.

Though Quest Pro includes a heap of enhancements over Quest 2, it comes with a cost… and not just in price. Meta says users can expect 1–2 hours of Quest Pro battery life. Luckily the headset includes a charging dock for both the headset and controllers, hopefully ensuring it’s ready to go whenever you are. Meta says the headset can charge to full from the dock in about 2 hours.

Meta says Quest Pro represents the company’s first entry in a line of “high-end” headsets, while Quest 2 and its progeny will continue to co-exist as an entry-level option.

Quest Pro is fully compatible with Quest 2 content, and while the headset is designed with an emphasis on passthrough AR (with an open peripheral view to keep users more grounded in their environment), the headset also includes magnetically attachable peripheral blinders to dial up the immersion for VR. A separate ‘full light blocker’, which blocks out even more of the surrounding view is available as a separate accessory.

Quest Pro is priced at $1,500 and pre-orders are available today, with headsets poised to ship starting on October 25th.