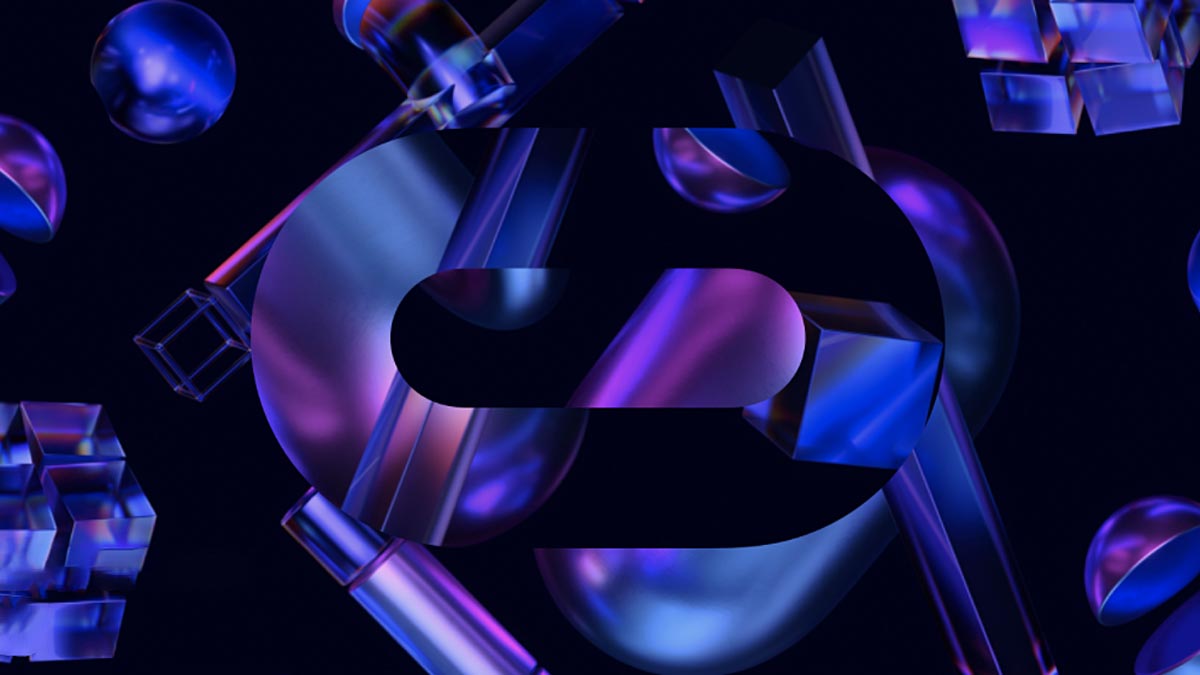 In early 2021 Meta launched App Lab for Quest which allows developers to distribute their games on the headset without going through Meta’s curation process. There’s now 1,457 games and apps available on App Lab, more than triple the number of apps on the main Quest store.

There’s now 1,457 apps available for Quest via App Lab, according to submissions tracked by VRDB. In the one year and eight months since launch, the number of apps on App Lab has more than tripled the number of apps on the main Quest store, which stands at 414 after nearly three and a half years of operation.

The discrepancy shows that many more developers would like to be on the main store than Meta allows. To date we’re only aware of a handful of apps that have made the leap from App Lab to the main Quest store.

App Lab apps are functionally ‘unlisted’ (unsearchable without knowing the app’s name) in the main Quest store, but receive a normal store page which can be accessed directly via a URL and installed with a single click once logged in, just like any Quest app in the main store. The difference is that Meta picks and chooses which apps to include in the main Quest store based on some qualitative criteria, while App Lab apps don’t need to meet any specific bar outside of being technically sound. 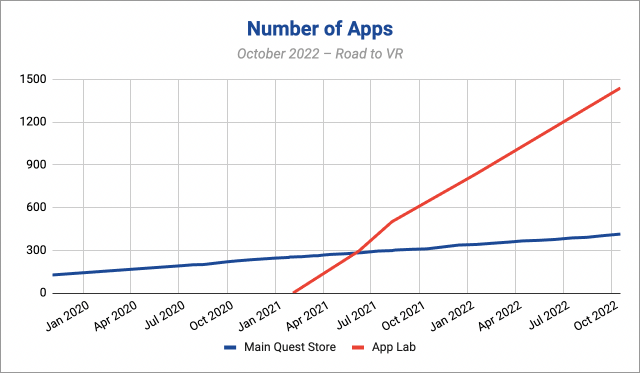 For additional context, the number of Meta’s PC applications sits around 1,350 and SteamVR applications around 4,500. Though all of these platforms have been around for years longer, none of them have been subject to the sort of curation that Meta has imposed on Quest applications in the headset’s main store.

Below is a breakdown of the top 20 App Lab applications by rating and popularity.

The rating of each application is an aggregate of user reviews and a useful way to understand the general reception of each title by users (apps with less than 50 reviews are excluded).

The number of ratings gives a ballpark idea of the relative popularity of each title; a title with more ratings is likely to have been downloaded more than a title with less, though there’s certainly an unknown margin of error (apps with less than 50 reviews are excluded).

If you’re interested in similar charts for the main Quest store, see our latest charts.