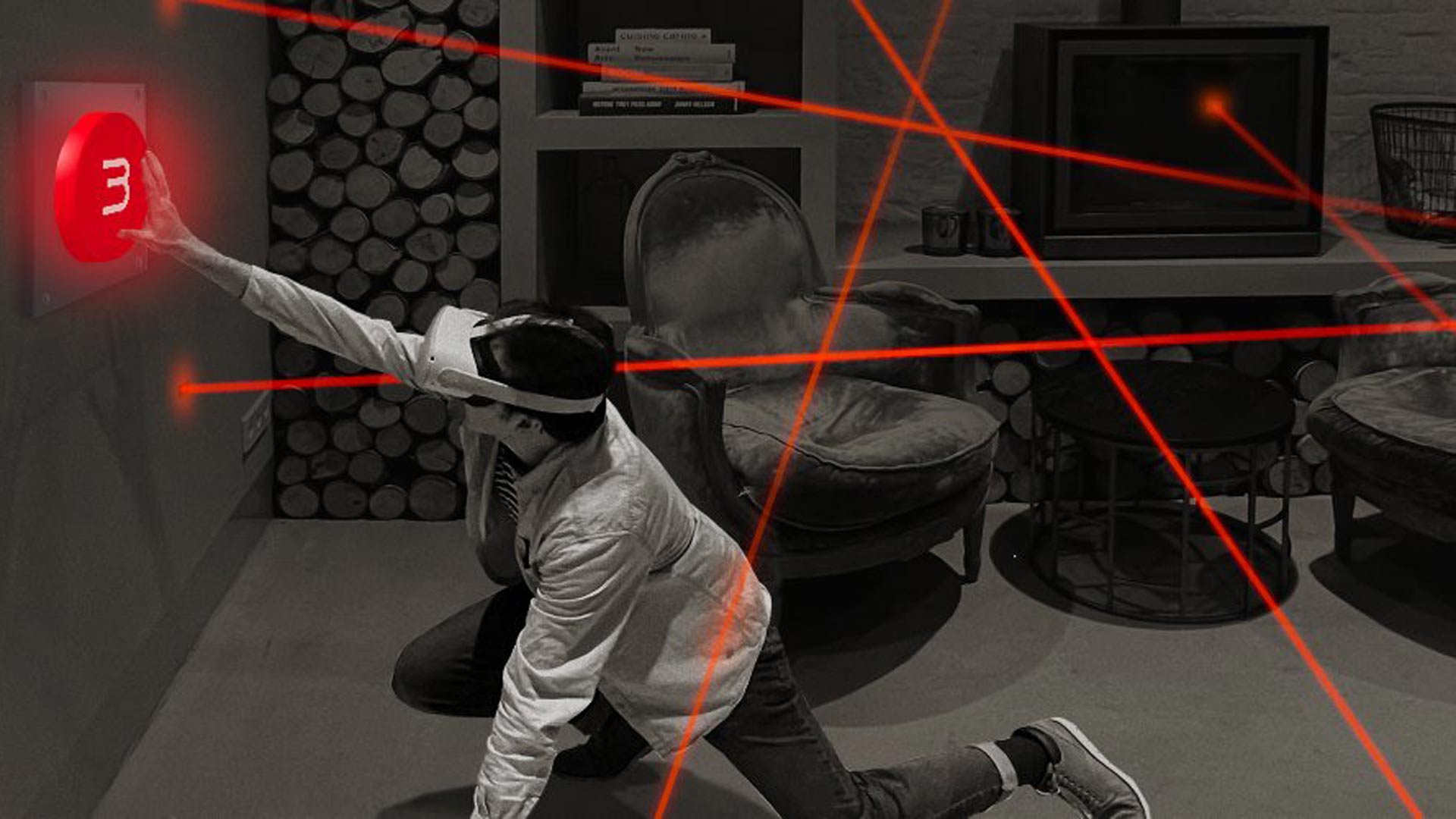 Called Laser Dance, the Quest game aims to turn any room of your house into a laser obstacle course—basically recreating the old laser hallway trope you may recognize from a ton of films, TV shows and video games over the years.

There’s no word on release dates yet, although progress is looking good. Check out a work-in-progress level of Laser Dance in action:

Van Bouwel came up with the idea over the two-day Global Game Jam 2022 earlier this year, and has since fleshed out the game to include parametrically-generated laser patterns based on room size and layout, meaning the action should dynamically fit to your space and serve up a challenge no matter how big (or cluttered) your space.

Although the game has been shown working with Quest 2’s monochrome passthrough, the indie dev is no doubt positioning Laser Dance for release on Meta Quest Pro, which is capable of more realistic passthrough AR thanks to its five external sensors, offering a higher resolution color view with improved depth-detection.

We’re looking forward to learning more about Laser Dance, as Van Bouwel is excellent at creating deceptively simple gameplay that really makes you think—look no further than Cubism, which has also kept lock-step with passthrough and hand-tracking updates on Quest since its initial launch in 2020. If you want to follow along with progress on Laser Dance, check out the game’s official Twitter.