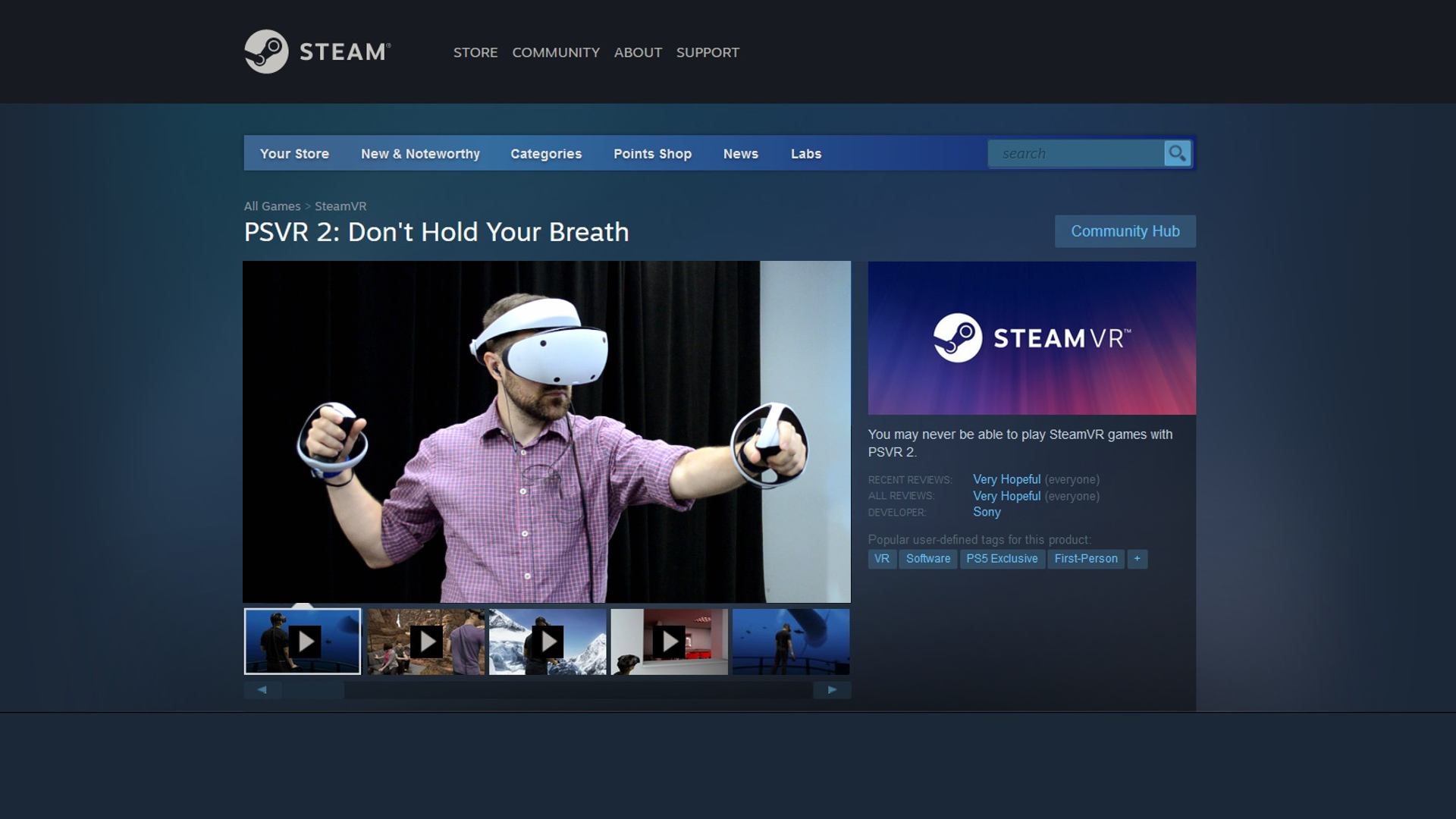 No more ungainly break-out boxes to contend with; thankfully PSVR 2 connects to PlayStation 5 via a single USB-C cable. But if you think you’ll be able to plug in that seemingly standard cable to a VR-ready PC to play Half-Life: Alyx like you might with standalones such as Quest 2, Vive XR Elite or Pico 4, you’ll be sorely disappointed. PSVR 2 won’t work as a PC VR headset, and according to the developer behind unofficial conversion software iVRy Driver, you shouldn’t buy one with the anticipation that it ever will.

Plug in an original PSVR into a computer, and the PC thinks it’s an additional monitor. That was the starting point back in late 2016 for many to begin cobbling together unofficial support for PC VR games. One such go-to staple for PSVR-to-PC conversion is iVRy Driver for SteamVR, an ongoing project created by indie studio Mediator Software.

But what about PSVR 2? In a Reddit thread discussing the topic, Mediator Software says you should save your cash if you want to buy a PSVR 2 specifically for PC VR gaming:

You would be wasting your money, as there is no guarantee you could ever use it on a PC, and quite a good chance that you won’t be able to. The original PSVR is (electronically) equivalent to a monitor and so it it is relatively simple to get a video signal up on it. Reading sensors etc. took a lot of reverse engineering, and at least a year from release before anyone figured that out. It then took a couple more years before it was usable as a PC VR headset. Tracking and controllers (using the original hardware) is still very much a work in progress, over 5 years from release. That is without Sony making any effort to prevent non PS4 users from using it.

The iVRy Driver creator speculates that Sony has likely encrypted the signals to prevent use across any non-PlayStation device. Still, even if it’s cracked eventually—or by some chance the video signal running through USB-C isn’t encrypted—contending with the headset’s inside-out 6DOF tracking will be a headache:

Even if they haven’t [encrypted headset data] it would take a lot of reverse engineering (read several years) just to get an image on the headset. Then there is the tracking, which would need to be developed, as there isn’t a ready-made SLAM tracker available for Windows (assuming of course the camera protocol was reverse-engineered). Then the controllers etc. etc.

Mediator Software calls it “unlikely” that the PSVR 2 would be useable for PC VR “within 5 years of its release,” making it essentially a non-starter. To boot, the developer says anyone Googling “will PSVR2 work on Windows?” is best answered with “No, not in the foreseeable future, and probably not ever.”

While the entrance of PSVR 2 on February 22nd is set to bring a smattering of popular titles to PS5, some of which are available on SteamVR today, as it is today Sony still hasn’t published a launch day lineup, leaving us more than a bit crestfallen so close to release.

In the meantime, we’re compiling a growing list of every PSVR 2 game announced so far so you can keep up on all the games coming Sony’s next-gen headset (hopefully) this year.

Thanks to Jayjay @JayHadHope for pointing us to the news.